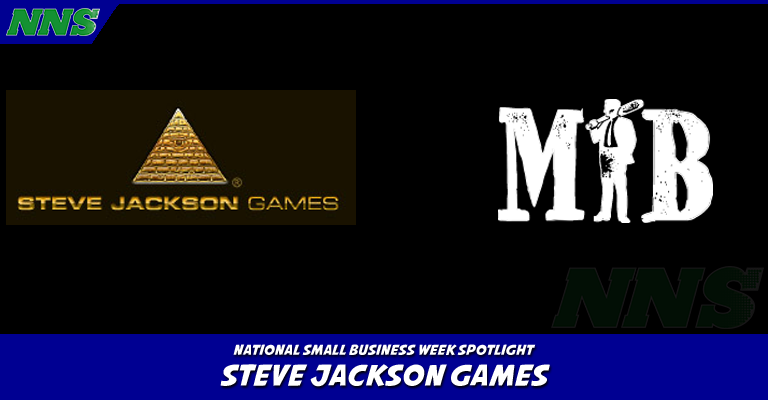 Starting off with simple microgames, Steve Jackson sold Ogre and Car Wars in small ziplock bags. Following with Illuminati, which helped form a lot of the style and substance of the company. However one of their biggest successes was when the released GURPS in 1986.

At the time, most roleplaying was story based, and world based, but GURPS was a system that could uniformly apply over many genres, stories, and styles. Playing with GURPS meant, when you wanted to play a different style game, you wouldn’t have to learn a new system.

This was groundbreaking at the time, since most other companies didn’t care enough to allow their games to be used passed it’s genre.

In 1990 the Secret Service raided Steve Jackson Games. They believed their new GURPS: Cyberpunk was a cover for hacking, supporting hacking, and teaching hacking.

The resulting seizing of their equipment, requirement to defend themselves, and their lawsuit to protect their interests nearly destroyed and shut down Steve Jackson Games. They were not the powerhouse that they are today, and well.. There is something people might not know about game companies…

Now add in a horrible overstep of a third party, and you got a really horrible outcome for the company.

However with the luck of creative pleading, and claiming that they were more of a press company, then a game company allowed them to succeed, and narrowly avoid death.

Just in time for one of their most loved creations to be made. MUNCHKIN! That’s right, if you have your fingers anywhere near the pulse of tabletop gaming, then you have at least heard of Munchkin.

Released in early 2000s, Munchkin hit the scene and became a cult classic to fans who wanted to make fun of traditional fantasy roleplaying tropes.

But enough about the history of Steve Jackson Games, why are we talking about them? What do they do for their community that net them this position on our list?

It’s their MiB, or Men in Black, program that we are talking about them.

Have you ever been to a convention with a tabletop play space? Well if you have, it will likely have someone at sometime playing Munchkin with new players.

Why is that though? Well it’s because Steve Jackson Games wants to introduce gamers to their products, and frankly they make all conventions even better! They put their wallet where their mouth is, and with the help of an amazing group of volunteers within the program, provide prizes, board games for libraries, and on occasions after hours activities.

So at your next local convention, if you see the some black shirted MiBs running games, thank them and join them. If you don’t find one, then maybe you should join the MiBs and run games at that convention!

Find out more HERE about the MiB program!