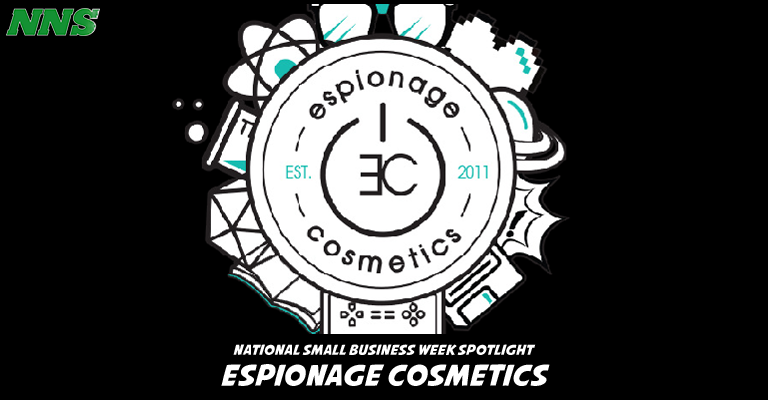 Espionage Cosmetics was founded and created by Jaimie Cordero of Tacoma, Washington in 2011. Jaimie, a U.S. Marine and professional make-up artist, wanted to showcase that you could be a nerd, and still be obsessed with make-up and your nails.

The company focuses primarily on makeup and nail art. Their products are a mix of style and multitudes from many fandoms, showcasing Jaimie, and her staff (affectionately refered to as the Nerd Misfits, love of all things in nerdom.

One of their coolest items you can pick up is their Gameboy Cartridge Compacts. 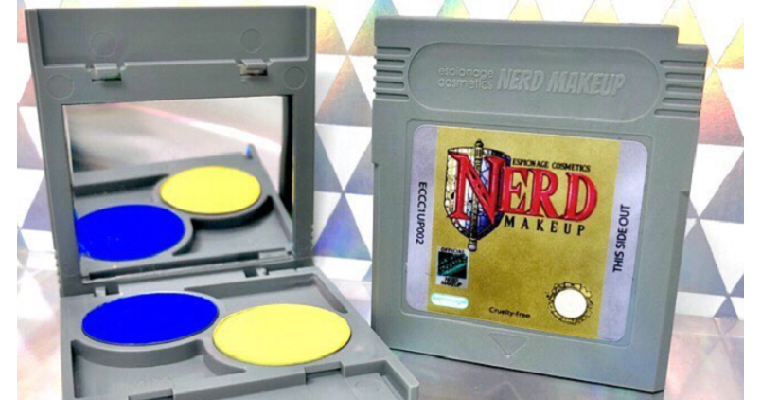 So regardless if you are a nerd of comics, geek of games, socialite of science, dork of literature, there will be a product for you at Espionage Cosmetics!

Additionally, Espionage Cosmetics also reaches out through the geek world by attending several conventions, expanding their horizons, and products. You might even have seen their work with companies like TableTop, VandalEyes, Bitch Planet, Borderlands, and The Wicked + The Divine.

But why are we focusing on Espionage Cosmetics for our National Nerd Small Business Week spotlight? Well one of our primary reasons is their strong and positive online presence and what they do with it.

Espionage Cosmetics showcases not only a positive and inclusive mentality, they do so while also using their success to supporting other creative and geeky small businesses.

In a world of geeks and nerds helping geeks and nerds, we just wanted to give them a little recognition for their awesome work within the community, and make-up world.