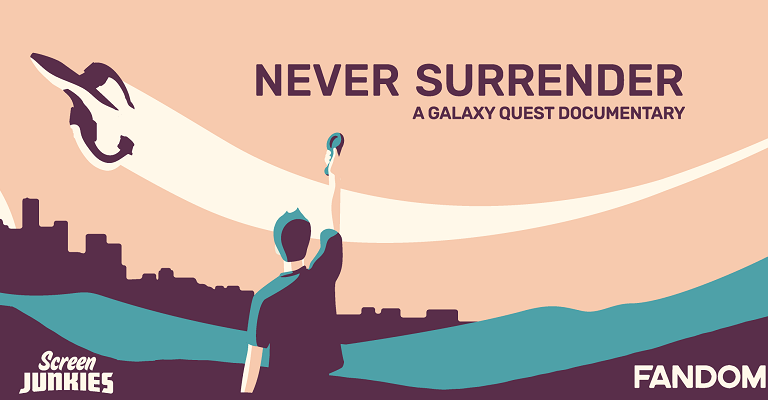 If you are a fan of ScreenJunkies, then you wont want to miss their latest project.

They have been working hard on a documentary, focusing on the Galaxy Quest movie, called: Never Surrender.

Galaxy Quest aired in theaters 20 years ago, and Fandom, ScreenJunkies, and Fathom Events are creating a one night screening of the documentary throughout the USA!

We recommend heading to Fathom Events site and picking up a ticket for $17 dollars, in a theater new you. By Grabthar’s Hammer… what a savings!

If you attend the showing, you’ll also see a special video introduction by the people from ScreenJunkies, and the first premiere of the Galaxy Quest Honest Trailer, to really get you into the Galaxy Quest mood!