All over Los Angeles, and other regions of the State of California, exists an amazing ice cream stand that deserves to be mentioned, even if they weren’t doing something time sensitive, or nerd related. Afters Ice Cream is a high quality, high taste, price savy, ice cream stand that knows it’s audience better then most ice cream companies could ever dream to. From amazing flavors, to delicious toppings, this ice cream shop is the hit place to go, even during those chilly California winter evenings. However, that’s not why we are talking about them.

We are talking about Afters Ice Cream because they have partnered with our friends at Adult Swim to produce the amazingly nerd friendly Rick & Morty ice cream flavors! But what does that include? Well they have released two flavors at every one of their establishments. The first being Caramel Portal w/ Popping Isotopes. Caramel Portal is a green caramel ribboned ice cream with marshmallows, topped with green apple pop rocks. The second flavor is Dark Matter Brownie Batter. Dark Matter is brownie batter ice cream with fudge, brownie bits, and black and white sparkle sugar styled like stars.

In fact, if you head to their Pasadena location, you have the chance to take in their wholely themed Rick & Morty redesign. There you can take your picture with a wall of Mr. Meeseeks, and hang out with Rick & Morty in Rick’s garage. 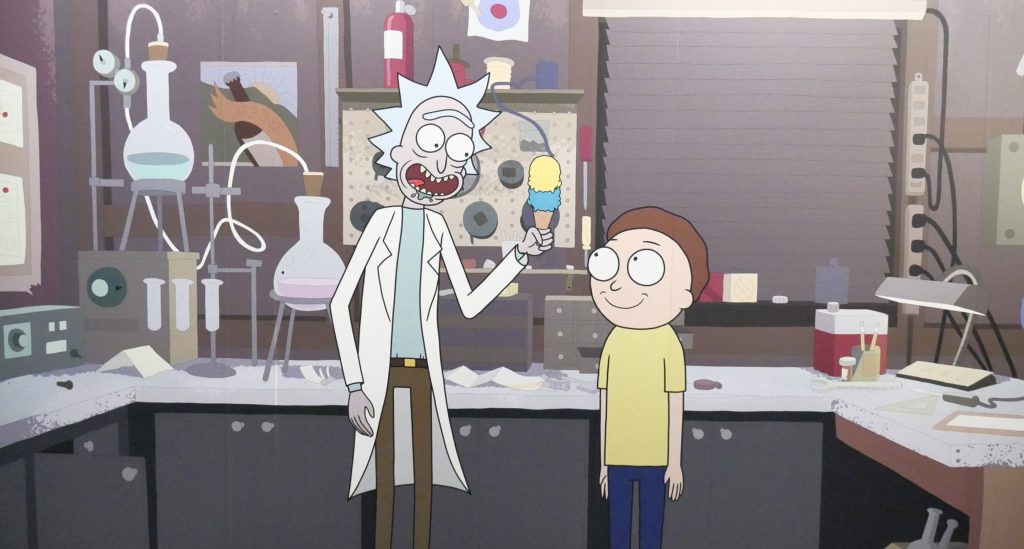 The location of Pasadena shop is 1265 E. Green St., Pasadena, CA 91106 and definitely worth the visit. However, if you just want to try out their amazing ice cream, Rick & Morty themed or not, check out all their other locations.

They have the Rick & Morty flavors until February, and before you start to worry, their are no flies in the ice cream… at least until Summer messes everything up.