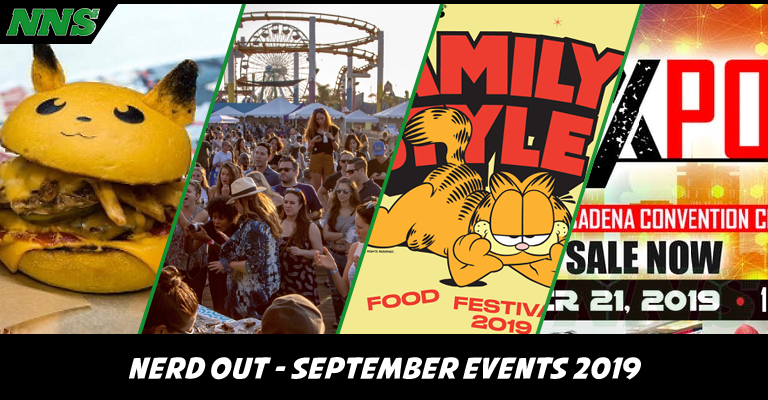 We are back with our new segment “Nerd Out”, an in depth look at events going on for the month ahead in Los Angeles. Regularly from now on these posts will go up on the first Saturday of

the month, so if an event would be happening in the first week of the following month, and would be missed by the next “Nerd Out”, we’ll cover it in the prior month.

Some of the cool things going on this month are: 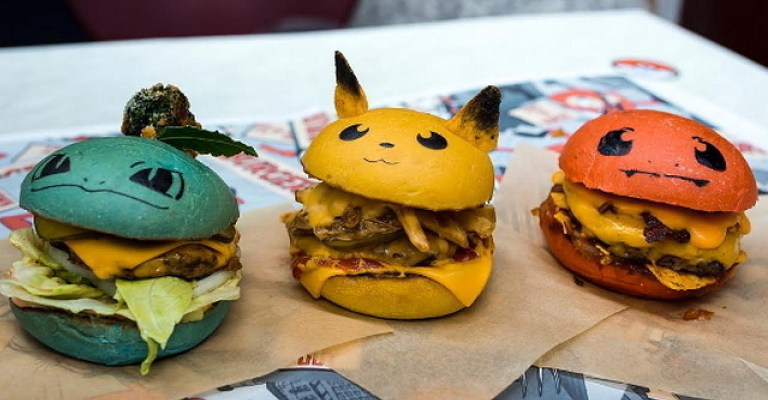 If you want to be the very best, like no one ever was? To drink out is your great test, to eat them is your cause? Pokebar, gotta drink it all! We will travel to the bar, partying all the while! Each fan that we meet, will be inside! Pokebar!

This 21 and older event and includes a drink and a burger designed to look like a pokemon face! There are tons of photo-ops and pokemon themed trivia/contests to help pass the time.

Tickets go for $55, and can be purchased Here

Also, Mistie did a deeper dive into the event Here, and we will be attending tonight. So if you want to see more, make sure to check out our Instagram account later today, and our site for our full review of the event later. 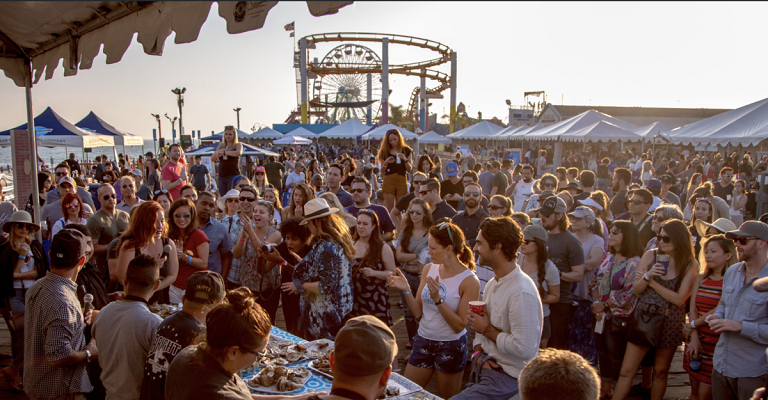 OFF THE HOOK Seafood Festival Sailing into Santa Monica on September 14th, 2019.

If you are looking forward to something awesome and amazing this month, Santa Monica Pier is host to the 5th Annual OFF THE HOOK Seafood Festival, which will be held in the same space that was used for the Stranger Things Fair this last summer. The proceeds from this festival also go to benefit the HEAL THE BAY foundation, and the event will be 100% PLASTIC-FREE!

Tickets are $50 if purchased in advance, and $65 on the week of. However there is a VIP option for $85 dollars which includes early access, additional food and drinks, and a VIP seating area. The VIP ticket will however be $100 the week of the event. You can pick up your tickets for the event Here! 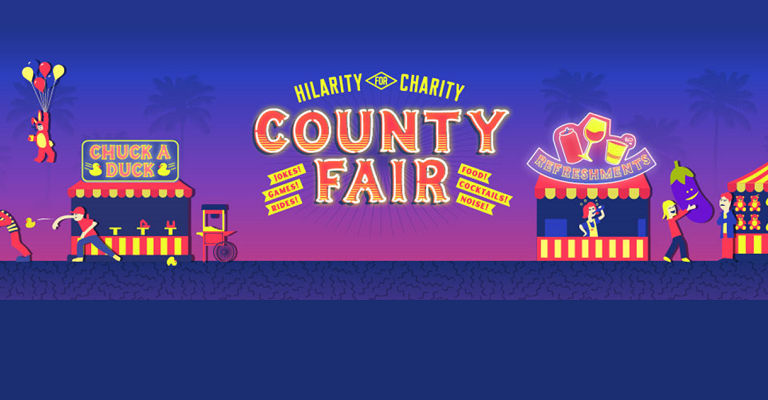 Hilarity for Charity is Clowning it’s way to Los Angeles on September 14th, 2019.

The charity, “Hilarity for Charity” was founded by Lauren Miller Rogen and her husband Seth Rogen. The entire purpose of that is to raise awareness toward Alzheimer’s care, in the hope that it will lead to further research, and results in the field. Thier organization has held 9 variety shows including one on Netflix, which is still viewable Here.

This year they are bringing the Hilarity for Charity to Los Angeles for a one of a kind carnival/fair! While this is a traditional carnival with games and rides, there will also be a stage show including Tony Hawk riding a half pipe, and more!

The event even includes an open bar! While the full list of performances have not been announced, in the past our favorites of Snoop Dog, John Mulaney, Paul Rudd, Tenacious D, Patton Oswalt, Sarah Silverman, and Weird Al have supported and performed at their events!

Tickets for the event are $250, including food, beverage, and 5 game/ride tickets. However for people who want to purchase the Premium Admission for $500, you gain access to the early admission VIP cocktail hour, Fast Pass to rides, and 10 game/ride tickets instead of the regular 5. Additional game/ride tickets are available for purchase online or onsite. Pick up your tickets Here before they sell out! 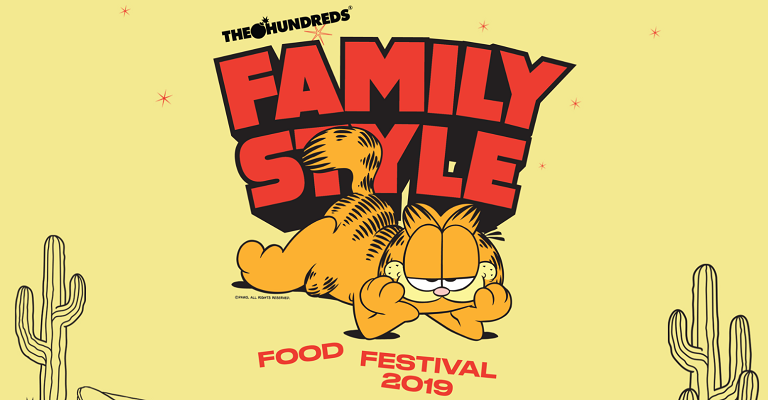 There are so many participating restaurants that it would be hard to mention all of them, I will say though that they will have food of many styles, and desert from a couple including our friends at Afters Ice Cream (check out our write-up on Afters Ice Cream for Rick & Morty Here)!

Tickets for the event go for as low as $40, but you can upgrade to the VIP experience for $120, and include early access, a VIP Lounge, and gift bag. Pick up your tickets Here! Children under 10 get in for free! 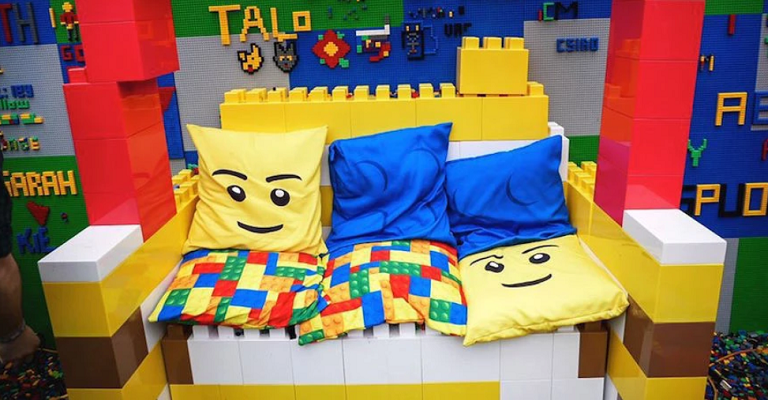 If you are a fan of Legos, then this probably wont be a hard sell for you. The Brick Bar is Popping Up in Los Angeles, and then a couple other places later this year, and Lego fans can’t stop smiling.

This 21 and older event is just for those children that grew up, as the event includes a cocktail and “Brick Burger”. What can you do here? Well this 1 million Lego block event will have statues constructed of Legos, photo-ops, plus additional bricks for you to build your own Lego statues! If you are skilled at Lego building, you may also win a prize!

Tickets go for $15-$20 depending on the day and time that you are attending, and can be purchased Here 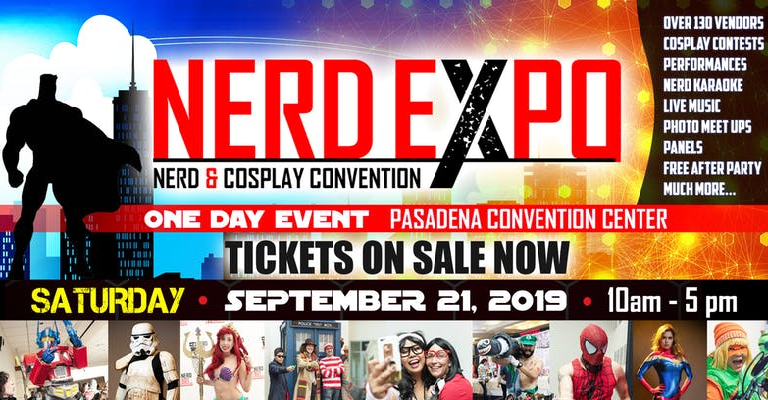 Did you not get enough conventions last month, with Long Beach Comic Con, D23 Expo, and Strategicon? Is Los Angeles Comic Con next month too far away! Well you are in luck, as Nerdbot is bringing their recently re-branded Nerd Expo to Pasadena this month for the 4th year!

During the convention, you can hang out with Peter Cullen (voice of Optimus Prime), purchase goods from over 100 venders, Cosplay, Game, or even enjoy a panel from fans and people in the industry!

Tickets if purchased early will be $20, but if you wait and get them on the day of the convention they will be $24. Purchase your tickets now Here! 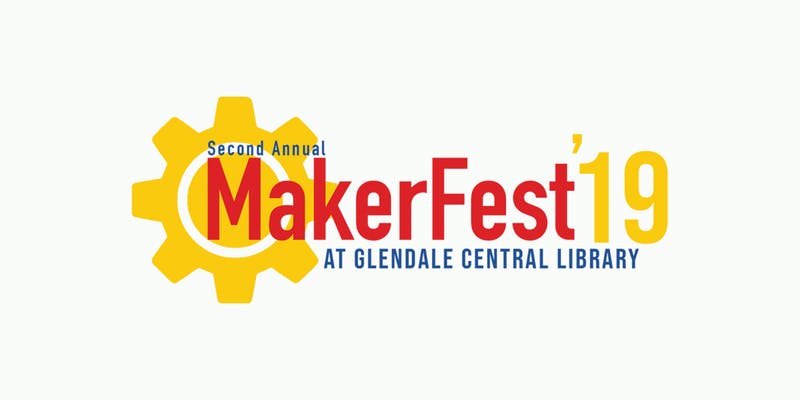 They welcome people and families to come in and learn and participate in STE(A)M activities. To help people learn more about the world of Makers, they will be having people talking about sewing, painting, 3D printing, robotics, and more, with a variety of hands-on activities and demonstrations.

The event is free and does not include any specific costs, but to help them consider how much energy to expend, please make sure to RSVP through their event page on Eventbrite Here.

We actually wrote an article regarding The Glendale MakerSpace recently, find out more about it Here! 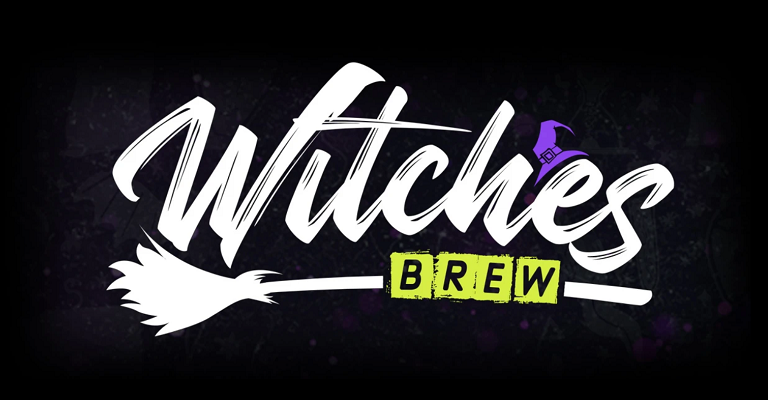 Witches Brew Los Angeles is Something Wicked Coming This Way on September 29, 2019.

Taking place at Boomtown Brewery, Witches Brew Los Angeles will house local vendors, and so much more. You’ll be able to eat, drink, shop and be merry!

There will be love entertainment, and the ability to purchase personalized tarot card readings. If you are some of the twice blessed few, you might be able to win some of their haunting contests/giveaways!

While this event is a free family friendly event, you can purchase a VIP ticket for $30 Here, which includes early entry, a swag bag, and more!

Honorable Mentions List
There are so many events happening this month, and we want to share some love for them as well, so here is a couple more things worth checking out!