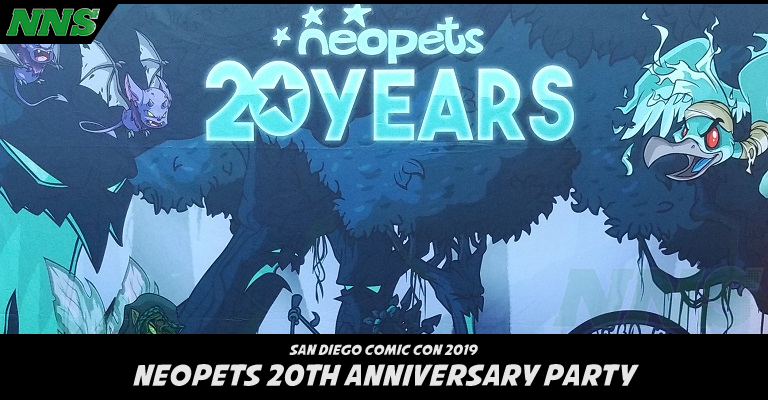 If you were a kid with access to the internet in the early 2000s chances are you were one of many players on a massively popular website called Neopets! This year, Neopets celebrated its 20th anniversary with an exclusive party at this year’s San Diego Comic Con. Nerd News Social stopped by to check out the food, the drinks and the fun! 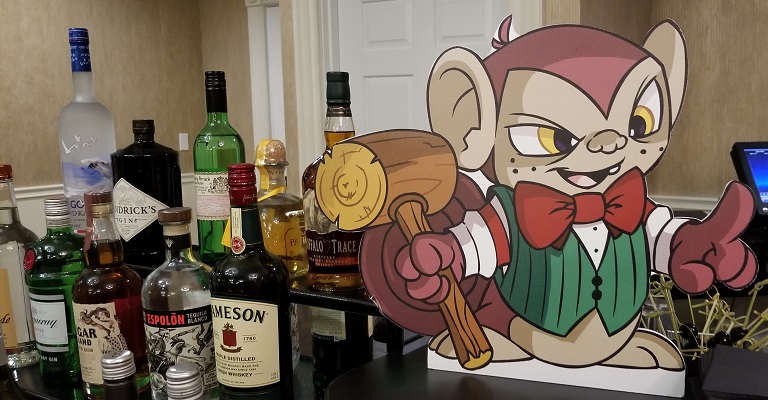 Party guests were treated to some delicious nibbles like BBQ meatballs, teriyaki chicken on a stick and wonton wrapped shrimps. The bar at the back of the house served some stronger drinks themed after spooky Neopet lore. Guests also had a chance to play and download a beta version of the super secret Neopets mobile app.

The team at JumpStart games has done a beautiful job bringing Neopets into a 3D world. The app is set to launch later this year, so look for it in your app store soon! Until then though, you can always pick up their other online Apps, like Neopets: Legends & Letters on Android or ITunes, or Ghoul Catchers by Neopets on Android or ITunes. 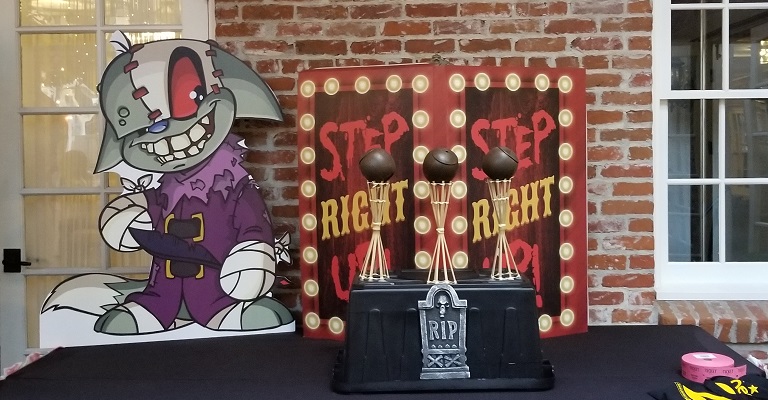 The party’s carnival themes included fun cut outs for photo-ops, creepy costumed characters and games of chance for guests to enjoy. Tickets won could be used to pick up three sizes of blind bags with Neopet plush toys inside, a shirt or turned in for a chance to win big in the raffle! Our own Jeremiah won one of the prizes and went home with some awesome new swag! 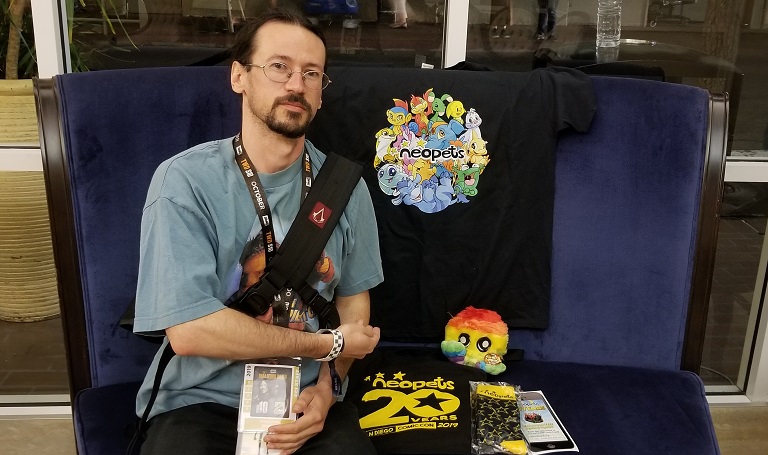 A big thank you to Neopets for all the fun. May your next 20 years be just as memorable for generations to come, and good luck on the launch of your new mobile platform.