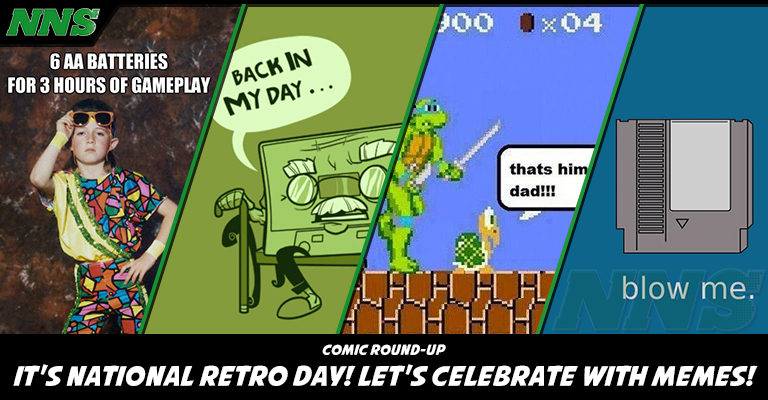 To me, “retro” is the sound of dial up, physical comic books, and blowing into a cartridge and playing Duck Hunt / Mario Bros. with my brother. Those were some of the best times in my life, where people were not constantly distracted by various devices beeping at them, where Instagram stories were not as important as living your own, where we spent more time outdoors than in, and when we had to go to a friends place to play co-op. And just think back a moment to our “retro” games, fashion, and movies… they are just being re created over and over again! Retro for the win!

Sometimes it’s good to look back on these great memories and remember to spend some time away from the demands of new technology. And that’s exactly what Hermelinda A. Aguilar and Robert and Tina Duran wanted to do. Together, they founded National Retro Day to take a look back at how life was before social media, before the internet, and before smartphones became a necessity of our daily lives. The Registrar at National Day Calendar proclaimed National Retro Day to be observed annually on February 27, 2018.

Comic books have come a long way as well, including the popularity and invention of the “meme.” For a while now, from the comfort of your home, you can digitally download comics using your library card number from your tablet, cellphone, or computer with the app Hoopla. Comic pages have also become animated like what Deadly Class did with issue one of their comic. You can get more in depth than ever with your favorite comics by watching people draw their comics live on streams and even scan QR codes in comics, like with the Marvel AR app, to see the behind the scenes drawing process of a particular page. This has also allowed comics to reach a new level of exposure than ever before, and I can’t wait to see what more AR and VR has to offer in comics.

But today is not National Future of Comics Day…. It’s National Retro Day. So let’s humor ourselves with some “retro” related memes.

So there you have it! How are you going to celebrate National Retro Day? Is it time to bring back those bell bottoms? What does “retro” mean to you? What is your favorite “retro” game? Share with us in the comments.