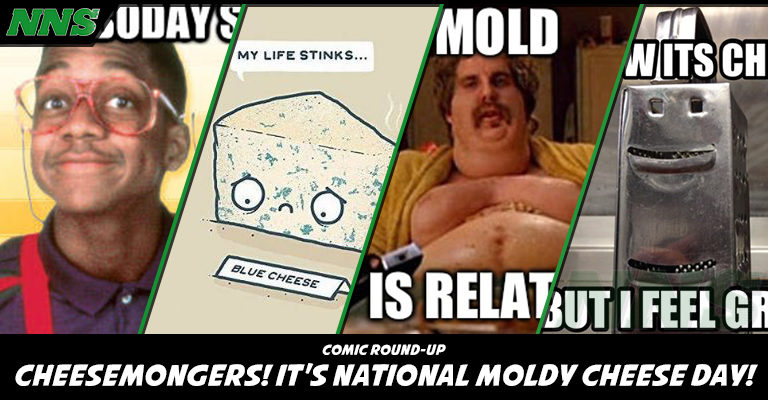 National Moldy Cheese Day?! Sure! Why not? I love cheese, moldy or otherwise. As long as its edible and has a silly name. Well, not really. I’ll still eat it if it doesnt have a silly name. But it seems a lot of cheeses have weird names. Want to know another weird name? Cheesemonger! It’s a person who specializes in cheeses, butter, and other dairy products.

I don’t think enough people know about National Moldy Cheese Day, so that’s why I want to take the opportunity to give a few of my favorite cheese facts and memes to help celebrate today!

Celebrate by telling us your favorite moldy cheese! Tag Nerd News Social and use the #MoldyCheeseDay if you post a picture. Or have a chat with a local Cheesemonger.