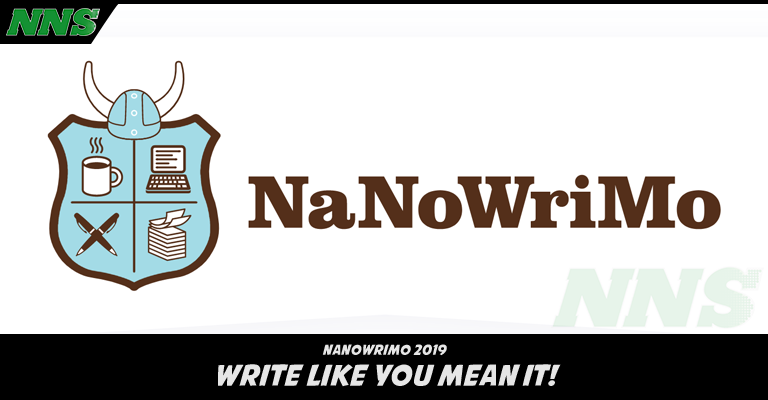 If you’ve been online in any kind of literature-centric community within the last two decades or so, you would have probably heard of NaNoWriMo. The month of November is the month designated for authors of all stripes, skill levels, work ethics and genres to pen their magnum opus. Or maybe just hammer out that novel idea that’s been running around in the back of their minds for a while. No matter how you approach it, there are some set rules and useful resources available to you.

But first, a little history.

Cast your mind back and get ready to party like it’s 1999. That was the year that Chris Baty started National Novel Writing Month. It was, at that time, held in July and had a total of 21 participants. In 2000, it was moved to November because, at least in America, the weather in November is somewhat conducive to staying inside. You don’t have to write indoors, of course… but it does help. Especially if you’re using devices that require electricity.

This was also the year that a website and Yahoo! Group was created to allow for easy access to guidelines and to facilitate communication between participants. Due to this and also some media coverage spurred on by various bloggers bringing the website to the fore, participation grew exponentially. From that original 21, all the way to 140, then 5000. Now? Hundreds of thousands of people register and attempt this challenge every year. The website itself gets millions of hits, and there’s no sign of this trend slowing down any time soon.

The rules are super simple:

Writing a book is actually really difficult. But the point of NaNo is literally just to get you writing. Keep in mind that this doesn’t need to be a polished, finished work. It’s a first draft. Your first draft of anything is going to be invariably worse than your second draft, which will be invariably worse than the edited version of your second draft and so-on. You’re not going to create a perfect 50,000 word novel over the course of one month.

NaNoWriMo is literally about quantity over quality, which does seem counter intuitive to many. To be entirely frank, it’s not for everyone. Someone who’s urge to self edit continuously while writing will generally either fall behind and quit, or burn out. (It’s me. I’m talking about me.) The best analogy that I can offer in regards to this process is that you’re dumping blocks on the floor. You’re not building anything yet. You’re opening bags and boxes of blocks and chucking them down so that you can build amazing stuff later. Outstanding cities and roads and cars and all the little people to live there… but for the moment? It’s about getting the raw materials out there to be sorted through and assembled at a later time via rewrites and editing.

The satisfaction of doing something only a small number of people can say they’ve done; you will have completed a manuscript of 50,000 words. Congratulations! Order some pizza, crack open that special bottle of whatever that you’ve been saving for some momentous occasion, put on a movie and relax. Sincerely, you’ve earned it! You have accomplished something wonderful.

Well… okay. There’s more, but that’s the main thing. Which is why there are no anti-cheating measures in place. Not a single one. If you want to cheat, you’re probably able to do it, but who are you actually cheating? Only yourself.

There are self awarded badges and certificates that can be obtained via the website. There’s an automated system in place to verify word count and you can submit your manuscript from the 20th onward. So, if you get your 50,000 done early, you can submit up to 10 days early. (Also: Are you a wizard?)

But here’s the big one. Over 250 NaNoWriMo winners have scored traditional publishing deals for their NaNo manuscripts. This is honestly awesome for them… but they are the lucky few. Keep in mind, hundreds of thousands of manuscripts have been submitted. Those are some pretty slim odds. But hey, if they can make it, so can you! And really, the major problem for most writers is finishing their projects. If a deadline can help you accomplish this, if a finite finish date is what motivates you to just get the work done? There’s no reason you can’t win the ultimate prize and get your book out there.

And that’s not even taking into account the success stories of non-traditional publishing. CreateSpace is a company that has supported winners by offering printed NaNo manuscripts and they’re one of the major players in the Indie Author space.

So… what do you win? That’s almost entirely up to you. Exciting, right?

Right, then. You’ve made up your mind. You’re squaring your jaw, gritting your teeth, putting on your comfy pants, charging the laptop and putting your cat in another room so that it doesn’t decide your keyboard is an appropriate bed. Tea is in the pot, cookies are on standby and your cellphone is buried under a couch cushion somewhere so that you don’t get distracted by friends and family. You’re gonna do it. This year is your year.

Let’s make sure you have all the resources you need. 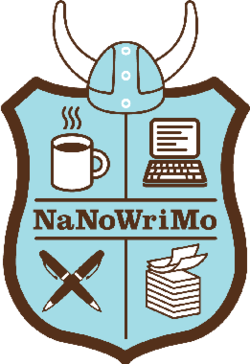 The NaNoWriMo website is filled with great resources, from pro-writer pep-talks to a whole downloadable handbook devoted to the preparatory work that will make your job that much easier. They have a blog with plenty of entries discussing different aspects of the month as well! Not only that, and I think this is really exciting, they even have a young writer development program for folks under 18. The next generation of authors need all the support they can get, and I think it’s absolutely outstanding that the folks over at NaNo want to help these kids tell their stories. So, if you happen to fall into that demographic, I urge you to go and check it out!

If you want to support NaNoWriMo, which is a non-profit, there are links available for you to donate. Your support becomes a resource for others.

National Novel Writing Month is a fantastic way for people to get their stories down. Even if you don’t complete it this month, you will have started and that can sometimes be the biggest hurdle. Remember that even a bad first draft is more useful than one that doesn’t exist yet. An unfinished first draft can, and should, be revisited and finished one day. If you have a story to tell, you owe it to yourself and the book reading people of the world to tell it. This month may just be the little push you need.

I wish you the best of luck and can’t wait to read your stories.