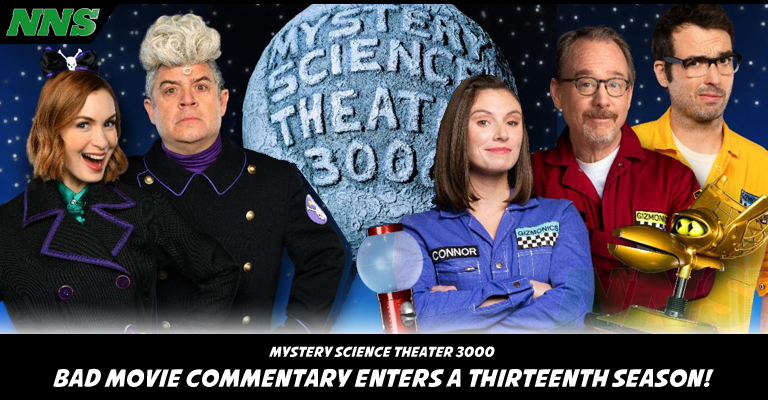 Having found success in its return to the mainstream on Netflix, it was time for MST3K to return to its routes! The new season, the thirteenth, is coming on May 6, 2022, but they have a new home.

Time to get back into the specific style of movie riffing that only MST3K can do. With the help from their recent Kickstarter campaign, they are able to leave the network and weird story points behind and delve into what fans really want. Horrible movie commentary!

Of course, MST3K isn’t the same without the favorite characters, so Crow T. Robot, Tom Servo, and GPC will be back for reviews of 13 new movies, 12 new shorts on the GIZMOPLEX. You can held to the new indie platform Gizmoplex by clicking Here. On the platform, you can watch the new and old episodes in their new virtual theater.

Then new episodes will launch every two weeks. Tickets for the events live will cost $10 each, or $8 each to rent them later. Big fans however can purchase the “Season Pass” for $135 which includes all Livestream tickets and a digital copy of the new season.

For a limited time, classic episodes of MST3K are available on-demand without commercials for free!