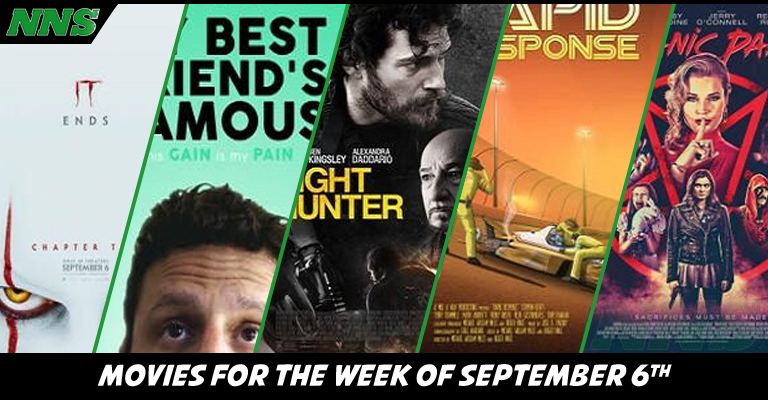 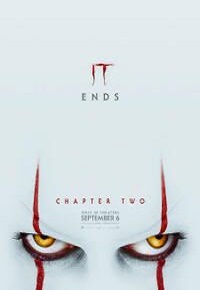 IT: Chapter Two – Releasing 09/06/19
Rotten Tomatoes Reviewer Score – (Not Yet Known)
The Loser Club returns to Derry 27 years latter, after Mike, played by Isaiah Mustafa, tells them that children have begun going missing again. So the rest of the gang, played by James McAvoy, Jessica Chastain, Bill Hader, Jay Ryan, James Ransone, and Andy Bean, must return to destroy Pennywise, played by Bill Skarsgård once and for all.

This is looking to be an amazing film. Sparing no expense for their advertising campaign, as evident by their Pop-up in Los Angeles, and the amazing set design in combination with their serious star power. I know I’ll be watching this film. 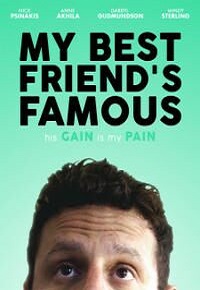 My Best Friend’s Famous – Releasing 09/06/19
Rotten Tomatoes Reviewer Score – (Not Yet Known)
Sean Reilly, played by Nick Psinakis, moved from New York to Los Angeles to try to make it in Hollywood, but success hits his less talented best friend instead. He is trying to be there for his friend, and also deal with his own jealousy, when he learns that his friends co-star is trying to come between him and his best friend.

This is a perfect Hollywood movie, really twists the knife in any actors side. It’s hard to be happy for someone’s lucky break, when you are struggling so hard to get in to the industry. I’m geniunely interested to see how this turns out. 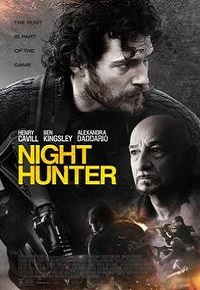 Night Hunter – Releasing 09/06/19
Rotten Tomatoes Reviewer Score – (Not Yet Known)
A local vigilante, played by Ben Kingsley, has been a one man task force hunting down men who hurt women, but things get out of hand when a troubled man, played by Brendan Fletcher, who’s linked to years of female abductions and murders, hunts him back. Now Kingsley’s character will have to work with a police lieutenant, played by Henry Cavill, to try to stop the murderer before things get even worse. Also starring Alexandra Daddario, Stanley Tucci, and Nathan Fillion.

Brendan Fletcher, fresh off his role in CW’s Arrow, decides to take the creepiness of the character he played their, and dial it way up. Wow. All I can say, that a movie hero can only be as good as his villian, and they seem to be nailing it. The psychosis of Fletcher’s character seems like an even more unstable Heath Ledger’s Joker. I am very interested in watching this film. 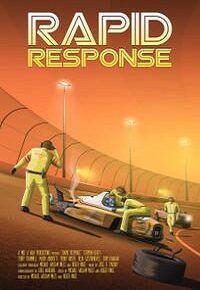 Rapid Response – Releasing 09/06/19
Rotten Tomatoes Reviewer Score – (Not Yet Known)
A movie that encompasses over 30 years of hard work and medical science that changed the racing industry, and how it changed the world as we know it. Dr. Stephen Olvey, joins the medical team at the Indianapolis 500, and after seeing a fatal crash, set out on a mission to change the industry from the most deadly, to the safest.

It’s amazing how much of the work that Dr. Olvey did for the Indy 500 that was later applied to the military, NASA, and even the general car safety. If racing, and real life stories interest you, then check out this amazing film to see how the world was changed. 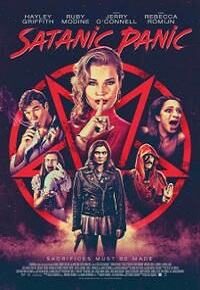 Satanic Panic – Releasing 09/06/19
Rotten Tomatoes Reviewer Score – 63%
Sam, played by Hayley Griffith, is a pizza delivery girl, who needs money bad. However after not making any tips on her first day, she opts to take a order outside of the delivery range from a wealthy neighborhood under the belief that she can make up the day with one good tip. However, when the customers find out that she is a virgin, she fits right into their plans for a sacrifice. So the wealthy satanists kidnap her and keep her prisoner as they prepare to make their offering to their demons.

This movie looks like a general hoot! From punching children, fending off a randy Jerry O’Connell who is willing to sleep with her to save her, to the bratty daughter of the head satanist who can’t decide to help or hurt the hero of the movie, this is going to be quite a ride. Regardless of what the review say, I’m down for a hour and change of a stupid comedy that hits a unique cord.