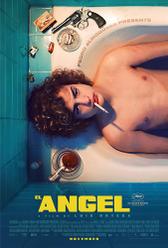 A foreign period piece taking place at Buenos Aires in 1971. The movie focuses on Carlitos a young boy. The story sets Carlitos as a thief at a young age, almost born to do as he does, being pushed into a life of crime by those around him. Later in life he meets Ramon at school. Carlitos and Ramon then lose themselves to their passion and crimes. Based on a true story.

There are a lot of people who will not see this film as a result of it being subtitled. That being said they are going to miss out. The movie is beautiful, and very stylistically designed to draw you in. That might be confusing, because there will be some moments of slow build up and tension. That being said it’s going to be a wild, but slow at parts, ride. 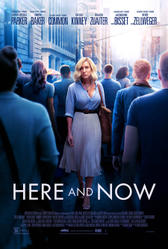 Vivienne, played by Sarah Jessica Parker, is an established, but not a groundbreaking, singer and songwriter with a semi-successful music career. She has sacrificed the normal things in life, like friends and family. Vivienne finds out that she has a disease and decided that she has to reevaluate her priorities, reconnecting with her family and friends.

This actually looks like an amazing movie by Sarah Jessica Parker. I’m impressed with her presentation. This is a drama film, and will draw a lot of people in. I recommend you check it out, if you are willing to sit through a heart string movie. 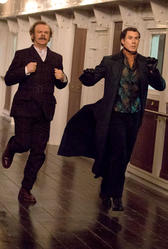 Sherlock Holmes and his partner Doctor Watson, the legendary amazing pair of literary intellect. Played by the comedic duo of Will Ferrell and John C. Reilly. Turning the classic take on it’s head, they will bumble their way through historical England in an attempt to save the Queen from a plot against her life.

This is simple, you are either a fan of their work or you are not. That will truly decide if you see or even like this film. I’m going to see it. 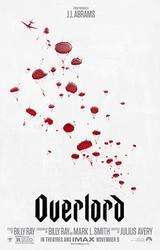 On the eve of D-Day, a squad of paratroopers carry out a mission within the territory of Nazi-occupied France. They must destroy a radio tower to allow D-Day to go without a hitch. Needing help, the soldiers enlist a French villager in their mission to destroy the tower. However the tower is located over a horrible Nazi secret. A zombie decease becomes the major obstacle between them and their mission.

J.J. Abrams, what the hell. This movie is weird, and almost campy looking while also having a serious undercarriage and a major movie budget. If you love zombies, see this movie. If you feel like they are over played, then stay away from Overlord. 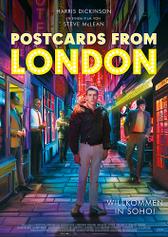 Jim, played by Harris Dickinson, leaves home, and starts a career as a male escort in Soho. This artistic rendering of the journey of Jim as he fails as an escort, becomes an artist’s muse and his rare psychosomatic condition called ‘Stendhal Syndrome’. He is left unconscious upon the viewing of true and amazing art.

Beautiful cinematography. However if you are close minded to homosexuality, and not cultured, this film might not be right for you. Those who are not, are treated to a beautiful world of art and characters so loud and interesting, that they steal the show.