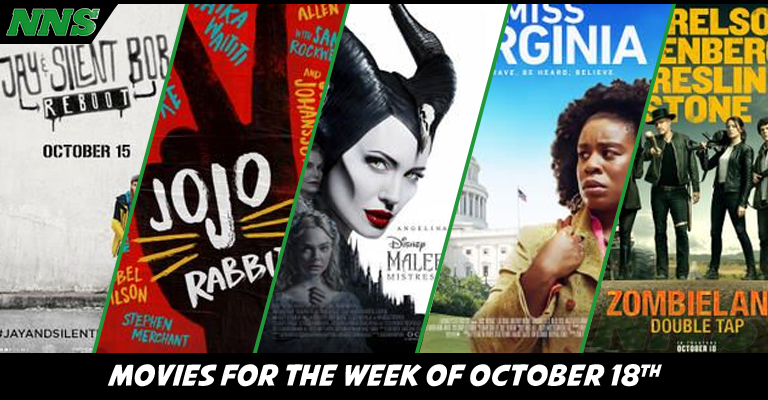 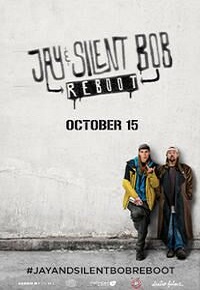 25 years since they first blessed the screen, the duo of Jay and Silent Bob are back. But all is not sunshine as they learn that Hollywood is rebooting the Blunt Man and Chronic series yet again. Now the duo must travel accross the country again from New Jersey all the way to Hollywood, in time to stop the movie from being made.

This film, is interesting. I’m actually a big fan of Kevin Smith’s films, more so of the lovable and friendly Jason Mewes. This might feel like a mindless cash grab, and an Airplane 2, to Jay and Bob strike back, but they promise even more celebrities, and to bring back all the old! Should be a wild and insane ride. 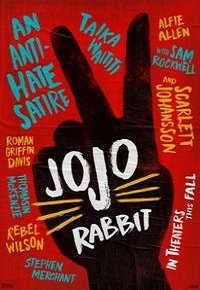 Jojo is a young boy, caught up in the Hitler Youth. However, out of all of his friends he shows a lack of capability, and feels like an outsider. His only friend, imaginary, is Hitler, played by Taika Waititi, who guides him and gives him advice. However everything is turned upside down when he finds out that his seemingly loyal German single mother, played by Scarlett Johansson, has been hiding a Jewish girl, played by Thomasin McKenzie, in their attic.

It’s hard to capture the insanity of this film. I am actually excited to see it only because of how absurd and insane it is, while still hiding a strong message within it. Through the eyes of a child, Jojo will confront and deal with racism and nationalism, and quite frankly this movie is coming at the right time, as those things are starting to vocally rear their heads. 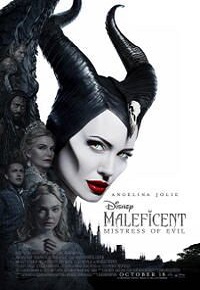 Maleficent, played by Angelina Jolie and Princess Aurora, played by Elle Fanning have their friendship put to the test as Queen Ingris, played by Michelle Pfeiffer, causes a rift. However their issues will have to be addressed as new enemies challenge the magical lands that they protect.

Ugh. Disney film. So apparently the first one did very well. I mean, I don’t specifically know the purpose of showing that Disney villains are deep people who aren’t truly evil. That actually reminds me… why didn’t people throw a fit about Maleficent being turned from being a true villain, like they did for the Joker? I mean her name literally means causing harm or destruction, by supernatural means! Disney heads will still see this movie. 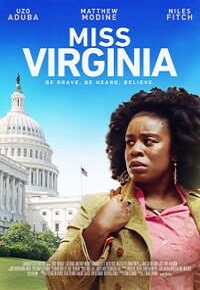 Virginia, played by Uzo Aduba, is a single mother, raising her child in poverty. She struggles to keep her son from falling to criminal element of Washington D.C.. Her only hope for his future is a private school, she can’t afford. So she starts to challenge the system that is causing her son’s to get a bad start in life. As the world around her threatens and attacks her for wanting to cause a better life for those who are unfortunate, she is put to test.

This is based on a true story, and frankly it’s not that long ago, and it’s a problem that is not fully resolved. There will always be people in a position of power who will do their best to keep people from having an equal playing field. I warn you this drama will upset but may also uplift. 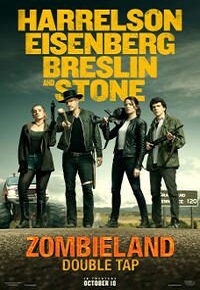 The gang is back as well, was back but split as Columbus and Wichita split. Their fight causes Little Rock, played by Abigail Breslin, to run off with a man going by Berkley, a hippy. Columbus, played by Jesse Eisenberg, Wichita, played by Emma Stone, and Tallahassee, played by Woody Harrelson must put their fight aside to work together to bring Little Rock back to safety. However, the world of Zombieland is not the same as it once was.

I am all for making a sequel, even if it is years later, to a successful movie, if it can bring something new to the table. While the movie does seem to be bringing a ton of celebrities including Rosario Dawson and Dan Aykroyd, that’s not what I mean. Aykroyd… who is next the zombie corpse of Harold Ramis. I mean… I’m still going to watch it. I just might bicker about it first.