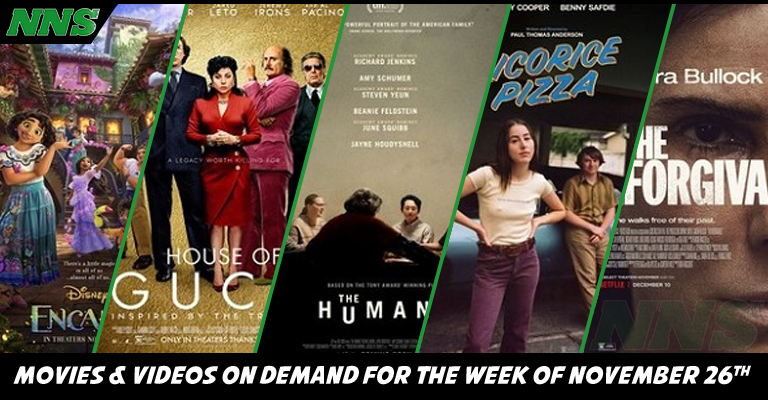 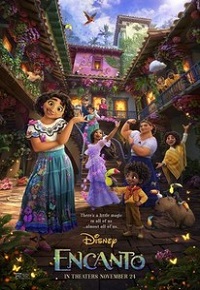 In the magic world of Encanto, all children are born with a blessing, until the Madrigals daughter Mirabel is born, played by Stephanie Beatriz. But when Encanto’s magic is in danger, Mirabel might be the only one who can protect it.

It’s Disney. If you got kids, you are going to see this. The cast is pretty impressive, and I’m glad to see John Leguizamo getting work. The reviews are also coming across as pretty supportive of the film. So if you have to take the kids to see a movie, make it this one for your own sanity. 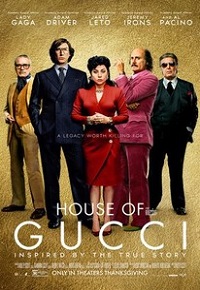 Based on the shocking story behind the fashion empire, Gucci, Patrizia Reggiani, played by Lady Gaga, marries Maurizio Gucci, played by Adam Driver. What follows their nuptials is her ambition rocking the Gucci family, played by stars like Jared Leto, Jeremy Irons, and Al Pacino.

Eat the rich. Just kidding. While the reviews of this film are up and down, it’s being said that Gaga’s performance is amazing and breathtaking. Her commitment to the role showcases her skill along with Adam Driver, whose accent does come off as a bit forced sometimes. 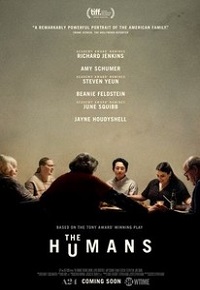 As three generations of a family get together for Thanksgiving. Without much, they have each other. Things go wrong, and fights start, but the group shares with one another, and they lay their hearts bare.

Rarely on Thanksgiving is there a Thanksgiving movie to cover the holiday in theaters. This film promises to showcase the humanity that still exists in the world. It might be a bumpy road to get there, but the movie gets you there. 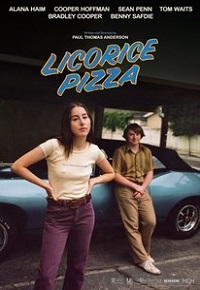 A story set in the 70s, as two friends Alana, played by Alana Haim, and Gary, played by Cooper Hoffman, fall in love and out of love. While living and adventuring though the San Fernando Valley, they try to find their place in the world.

What an amazing supporting cast this film has, as Paul Thomas Anderson taps talent from Sean Penn, Tom Waits, Bradley Cooper, Mary Elizabeth Ellis, and John Michael Higgins. If you are looking for a slice of American life, and a coming of age tale, then check out this film this week. 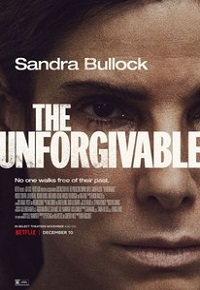 When thinking she was protecting her little sister, that she was raising, Ruth, played by Sandra Bullock, murders a police officer. A crime which she was sentenced for 20 years. Now out she returns to a hometown that hates and judges her, and a sister she lost. Now with the help of Attorney John Ingram, played by Vincent D’Onofrio, she will seek the right to reconnect with the last piece of her life.

Bullock and D’Onofrio deliver amazing performances in this piece, while Jon Bernthal, Viola Davis, and Rob Morgan provide amazing and powerful supporting characters for the story. It’s a tough journey that reminds me of the film “The Woodsman” which took a hard look at people serving their punishment. Can they ever return to society or will they forever be marked by their crimes.