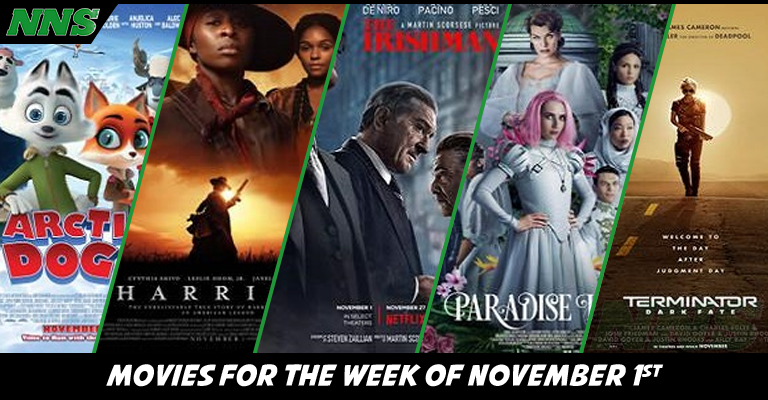 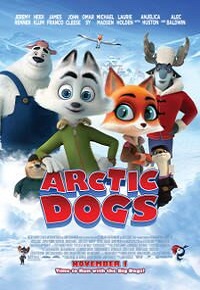 Swifty, voiced by Jeremy Renner, is an arctic fox that works for the Arctic Blast Delivery Service. In an effort to move up within the organization, he takes a job that puts him in harms way, and directly opposing Otto Von Walrus, voiced by John Cleese, and his puffin army. To stop Otto’s plan to melt the Artic, Swifty must work with allies voiced by Alec Bladwin, James Franco, Heidi Klum, Omar Sy, and Anjelica Huston to save the frozen wonderland.

This is a family film for the week, meaning if you got young kids, and you promised to take them to the theaters, you will likely be seeing this film. It’s clearly has a climate change agenda, and I worry it might be to heavy handed to get accross, what with it being a kids film. The talent attached however is pretty impressive. 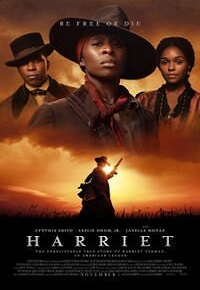 This film tells the tale of Harriet Tubman, documenting her escape from slavery, and her dedication to freeing, and protecting hundreds of slaves in a time where such acts meant serious consequences.

The rating on this film so far is horrible, and it saddens me that it is the case. I would hope a movie with this production value would have gotten a better script. I only hope that the reviews aren’t negative as a result of racist trolling. However, fair warning this will be a very dramatic, and heavy film as a result of it’s subject matter. 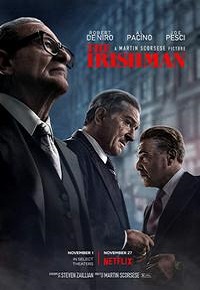 Frank Sheeran, played by Robert De Niro, was the life-long friend of Jimmy Hoffa, played by Al Pacino, and looking back on his life, he considers the part he played with the Bufalino crime family, and his friends disappearance.

This is a Netflix film, specifically being played in theaters to meet the requirements of the Academy Awards for the purpose of award ceremony bait. That being said, the cast is amazing, with so many stars and looks amazing. While it will be playing in limited theaters, it will also be streaming. So choose your preferred method of watching, which to be honest, if you don’t want the monthly fee, will likely be the theater. 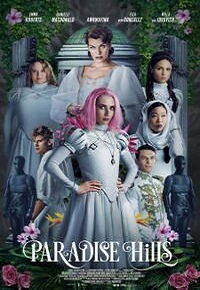 Uma, played by Emma Roberts, has been taken to Paradise Hills against her will. While on the surface it appears to be a reform/etiquette/rehab facility on an isolated island, the hidden purpose of the facility starts to peak out of the corners. To save her very self before it’s to late, Uma must team up with the other victims of the facility, played by Danielle McDonald, Awkwafina, and Eiza Gonzalez, before the Duchess, played by Milla Jovovich, completes her quest to “perfect” them.

This feels a lot like the Stepford Wives, but with a very sureal and fantastical sci-fi element, that was lacking from that suspense horror. I’m also glad to see Emma Roberts stand out and get more serious roles, as she has been awesome in her other projects in the past. 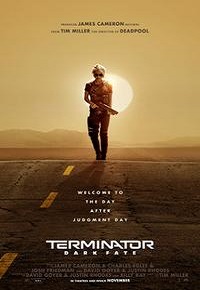 Dani Ramos, played by Natalia Reyes, life is turned upside down when she becomes the next target of Skynet, and their attempts to selectively weed up future opposition. However, while the machines have sent a new dual Terminator, played by Gabriel Luna, to remove her from the timeline, Dani isn’t alone as the future sent her a hybrid cyborg, played by Mackenzie Davis, to save her life, which causes Sarah Conner, played by Linda Hamilton, to take note, and enlist the original T-800 Terminator, played by Arnold Schwarzenegger to keep Dani safe.

It’s a bold move to walk away from the path of John Conner, and frankly it’s a brilliant idea having Sarah Conner train the replacement for a strong female lead, I mean with the exception of the villian and Arnold, this is a primarily female driven story, and I love it! It’s done so well, and fits with the original movie and concept, that I find it hard to see how the delicate male ego could be threatened, but I’m sure some will.