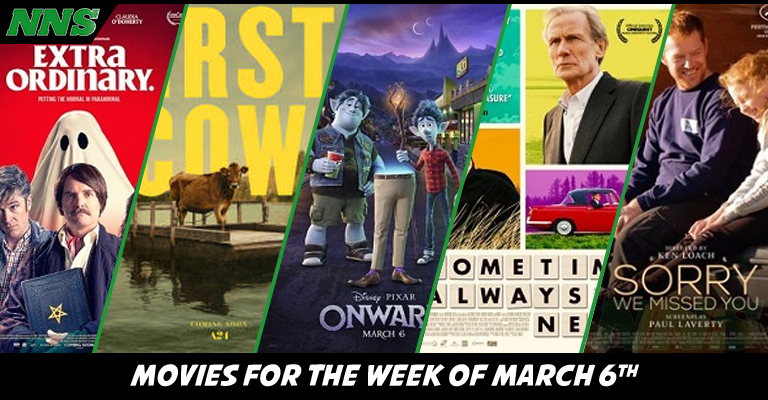 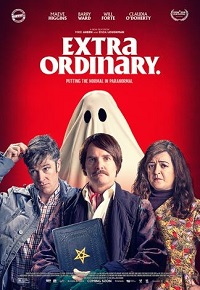 Rose, played by Maeve Higgins, has been gifted with the ability to speak to ghosts, but it has not been a gift for her, as she tries to live an ordinary life of avoiding the call to help the spirits. However all of that changes when Sarah, played by Emma Coleman, asks her to help her father Martin, played by Barry Ward, from his recently dead wife. But getting involved with the family has complicated her world more as Sarah becomes the target of a dark pact to the devil.

With a supporting cast of Will Forte and Claudia O’Doherty, this movie has strong roots in comedy, while still telling an interesting and engaging story. Looking for something to cut through the monotony this week in theaters, check out this film! 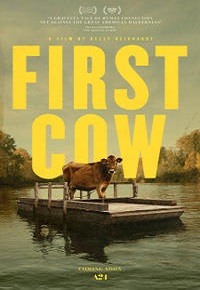 The prize cow of the wealthy is brought to the west of Americas to bring a little bit of the old world to the people in charge of the Oregon Territory. However their plan is negatively impacted when a cook, played by John Magaro, and a Chinese immigrant, played by Orion Lee, sneak into the property to steal the milk from the cow, and make money off of it.

For a period piece, it feels nuanced enough to not disenfranchise those unfamiliar with the period, or the style. It looks engaging, and interesting, and you feel a connection with the under dog, and main characters. This feels like a fun romp, but I feel like it will take a turn in the end, but the ride will be worth it. 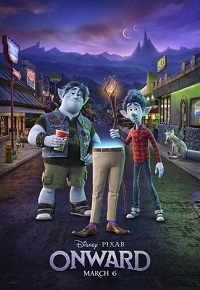 A fantasy universe, told in a modern world setting, two elf brothers, played by Tom Holland and Chris Pratt, lost their father when they were very young, and have a hard time remembering him. When they learn that magic might still exist in the world, they set out on an adventure to find magic, in the hopes that they can connect with their deceased father in hopes to learn more about him.

This is a heartwarming story about family, that ends with the brothers learning that they are enough for one another, while becoming closer in the end. Add that to the voice acting of Tom Holland and Chris Pratt, acted out by the masters at Pixar, it creates an engaging tale that adults could watch with their children, and not feel trapped. 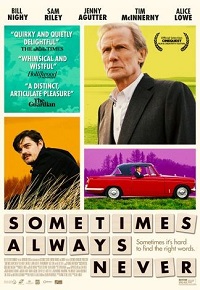 Alan, played by Bill Nighy, has a fractured family life. His children and him have not always seen eye to eye. His son Michael, stormed out of his life years prior over a Scrabble game, and his other relationships aren’t much more stable. Recently though an online game of Scrabble with a mysterious player, reminds him of his son Michael, and is the catalyst to repair his relationships.

My primary thought is, how much did Scrabble pay for this branding, it’s a weird one. The game that will destroy your family, but then bring it back together. In all honesty though, that feels more like a Monopoly fight. Bill Nighy though is amazing, and I will love watching this movie, as it will remind me of my own family life. 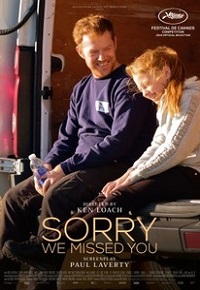 Ricky played by Kris Hitchen and his wife, played by Debbie Honeywood, have been struggling. The financial crash hit them hard, and they haven’t been able to recover. Ricky finds a little way to feel like they were prior, when the opportunity to start up a franchised delivery service comes to his town. Unfortunately it’s not without issue, as it strains his family even further.

This is a realistic story, for what people faced after the 2008 crash, and will likely experience again, as the market is primed for another crash, since steps were never taken to repair the structures that caused the last. Be warned though, this might trigger some feelings of unease, as many families are still suffering, as the family in the movie is.