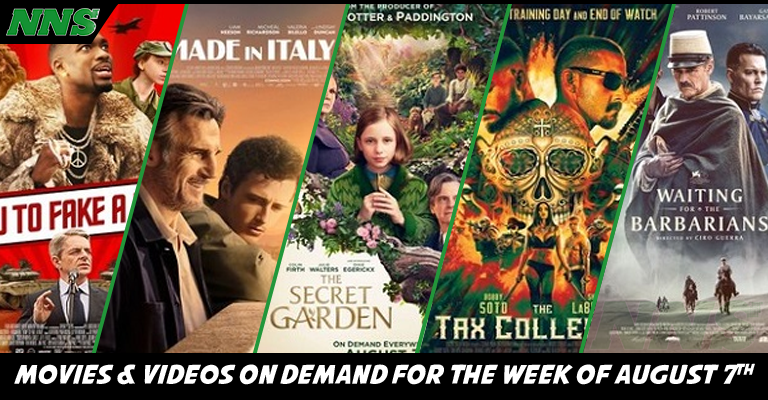 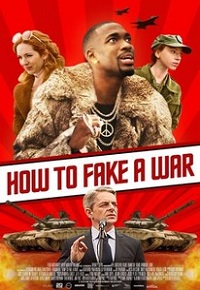 Harry Hope, played by Jay Pharoah, has hyped a charity concert to help raise funds for global peace initiatives, but things goes array when peace breaks out, and his concert no longer has a point. To solve the problem, he forces his publicist played by Katherine Parkinson, and her intern played by Lily Newmark to drum up a little unrest with a fake war story. However, when their plan goes to well, they are forced to try to actually resolve the problem that they caused.

I am really excited for this movie. I loved Jay Pharoah short lived stint on Saturday Night Live, and Katherine Parkinson was amazing in The IT Crowd. The two together play well off one another, and go above and beyond to produce what appears to be a more comedic and modern version of Wag the Dog. 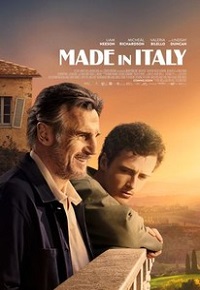 Made In Italy – Releasing on Streaming
Rotten Tomatoes Reviewer Score – 80%

Robert, played by Liam Neeson, is an artist, who find himself having to travel from London to Tuscany with his estranged son, played by Micheál Richardson, when his wife passes, and leaves him a villa in the countryside. Both father and son must repair the house, so they can sell it and move on with their lives. However, upon their work they mend more then the foundations of home, as they begin to repair their relationship with one another.

This movie attempts to cover the repairing of relationships, while dealing with impressions of one’s memories of the past. While trying to find a way forward, the film paints a journey for the pair through the gorgeous Tuscany of Italy. 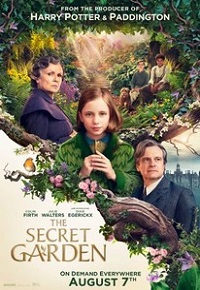 The Secret Garden once again is remade, as the story of Mary Lennox, played by Dixie Egerickx, goes to live with her uncle Archibald Craven, played by Colin Firth. While living there, and must conform to his rules, she discovers a secret and magical garden on the grounds.

This is an amazing story, that is based off the classic story from Frances Hodgon Burnett, which I read as a child. While this version is not getting as much critical acclaim as the 1993 movie (which still sits at 88% and certified fresh on Rotten Tomatoes), if you are looking for a wholesome film with the family this weekend, you can’t ever go wrong with any version of The Secret Garden. 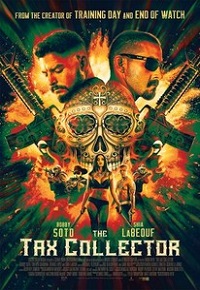 Taking place in Los Angeles, David, played by Bobby Soto, and his partner Creeper, played by Shia LaBeouf, collect their boss’s cut from the profits of all the local gangs. However when a war erupts in the street between their boss’s old rival, David has to decide what is more important to him, the power and position within his boss’s empire, or his family.

This film was marred with controversy from the inset, as people accused David Ayer and Shia LeBeouf of casting a white person in the role of a Hispanic character. While Ayer swears that is not the case, and that LeBeouf is playing a white character who grew up in a Hispanic culture, it wasn’t enough to pull back the attacks on this movie completely. However, the film is jam packed with action, and energy, which others have attacked stating it has no sustenance. If you are willing to give this film a chance, and are looking for a crime thriller, then this movie might very well tickle your fancy. 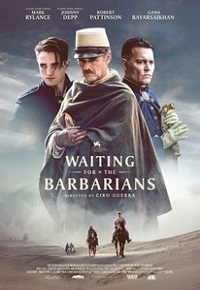 Adapted from the story by J.M. Coetzee, this film focuses on a Magistrate of a settlement, played by Mark Rylance, who is waiting for retirement upon the horizon, when a Colonel, played by Johnny Depp, interrogates, investigates, and questions the settlement and it’s surrounding areas. The actions of the new Colonel forces the Magistrate to question his loyalty to his country, and the purpose of his being there.

The movie sits in the middle of a review, unfortunately frustrating a lot who watches it. The general consensus is that the work is well acted, with Mark Rylance providing an amazing performance, in a film that wastes the actor’s skill, and never really gets into gear.