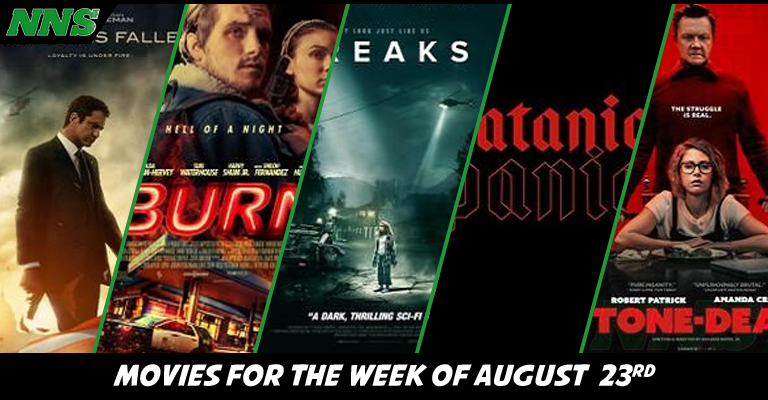 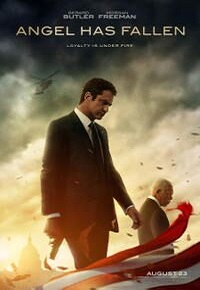 Angel Has Fallen – Releasing 08/25/19
Rotten Tomatoes Reviewer Score – (None Available Yet)
In the third in the series, another assassination attempt is made on the U.S. President, Allan Trumbull, played by Morgan Freeman. This time though, his trusted protector is made to look like the assassin. Secret Service Agent Mike Banning, played by Gerard Butler, must escape his hunters, and track down who is really behind this attack if he is going to save the President, and himself.

I’ll be honest, I am a fan of Gerard Butler, but not of this franchise. I felt the first was okay, but happened at the same time as a White House Down with Channing Tatum, and caused a loss of interest in the market since they were released so close. I will say though, this is a very interesting twist in the series. I would hope however, that if an agent saved the president’s life two times, and defeated the attackers, a little more deference would be given to them. I mean if he wanted the president dead, he could have done nothing in the prior two films. 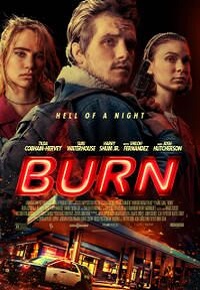 Burn – Releasing 08/25/19
Rotten Tomatoes Reviewer Score – (None Available Yet)
A short story tale focusing on two gas station attendants, Melinda, played by Tilda Cobham-Hervey, and Sheila, played by Suki Waterhouse. Their lives are boring, but Melinda feels she has a chance to stand out above her co-worker when Billy, played by Josh Hutcherson, robs the station.

Josh Hutcherson is a national treasure, and anyone who doesn’t think so clearly hasn’t seen Future Man. I can’t wait to watch this film, as short one scene movies can really shine if written well. This film is written by Mike Gan, and he has received 73% rotten tomato score for his series “Into the Dark”, so I’m willing to give it a chance. 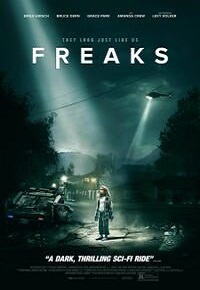 Freaks – Releasing 08/25/19 (Pushed back to 09/13/19)
Rotten Tomatoes Reviewer Score – 88%
Chloe has been locked away in her house and told her whole life that the world outside is dangerous, and venturing out could mean death to her and her father. She lives her life though believing that it can’t be true, then a mysterious and creepy ice cream truck driving man tells her everything she knows is a lie, it will turn her world upside down. But is everything her father told her untrue?

This is a dark and complex horror suspense film that will keep you on edge throughout, as they flip the script on the view several times, from showing you that it’s fake, to real, to fake, to well lets not spoil it. If you like the original works of M. Night Shyamalan, then I recommend you check out this movie! 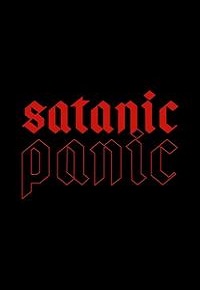 Satanic Panic – Releasing 08/25/19 (pushed back to 9/6/19)
Rotten Tomatoes Reviewer Score – 63%
Sam, played by Hayley Griffith, is a pizza delivery girl, who needs money bad. However after not making any tips on her first day, she opts to take a order outside of the delivery range from a wealthy neighborhood under the belief that she can make up the day with one good tip. However, when the customers find out that she is a virgin, she fits right into their plans for a sacrifice. So the wealthy satanists kidnap her and keep her prisoner as they prepare to make their offering to their demons.

This movie looks like a general hoot! From punching children, fending off a randy Jerry O’Connell who is willing to sleep with her to save her, to the bratty daughter of the head satanist who can’t decide to help or hurt the hero of the movie, this is going to be quite a ride. Regardless of what the review say, I’m down for a hour and change of a stupid comedy that hits a unique cord. 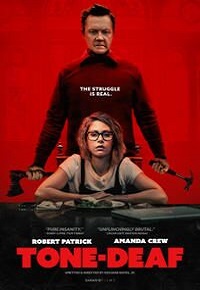 Tone Deaf – Releasing 08/25/19
Rotten Tomatoes Reviewer Score – 31%
Olive, played by Amanda Crew, lost her job and her boyfriend all in one short window. So to change her life she leaves the city to take a vacation to rural country. Unfortunately for Olive though, her vacation wont be relaxing, as her landlord, played by Robert Patrick, turns out to be a murdering psychopath with a deep seeded hate for her generation. Can Olive make it out of the country?

This movie seems to want to pant a battle between the younger generation which they have labeled as “Millenial” in a way I can only assume is made to stir feelings toward the mistaken belief that young people are all entitled, and the country political racist mentality. It’s fuel to an already lit fire. Frankly I think Robert Patrick can do better.