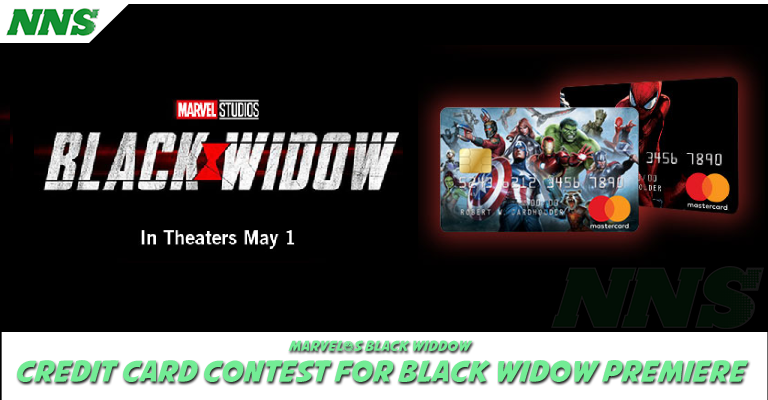 We talked about Omaze, and their prize package that gets you a chance to hang with the stars and attend the premiere of Black Widow, but Marvel themselves wanted to get in on the fun.

So from now until March 15, 2020 (midnight Eastern Time), if you apply for the Marvel Mastercard, you will be automatically entered in to a sweepstakes to win just that!

The sole winner will get a three day, and two night, stay in a hotel, with round trip airfare for two to Los Angeles California! Once you get there, you’ll be treated to two tickets to the premiere. Hell they’ll even throw in a rental car for the three days.

While this package doesn’t come with the benefit of helping a worthy cause, it also doesn’t include the after party. So if you want to be safe, you could always enter both, just in case…

But before you jump to the link to enter the contest, I wanted to talk about the thing you are applying for.

Credit Cards are no joke, and they are not an accessory to life. They are a tool, and over collecting them, as well as not respecting them can lead to serious credit issues, or financial worries as a result.

Do not apply for this credit card, just because you want the possibility to win a contest, however, if you are looking for a credit card, and this aligns to that purpose, then it might be in your interest to apply.

Additionally though, this credit card does have some benefits that might sway you from one card to this one.

Additionally, if you plan on heading out to Las Vegas, you could also take advantage of these deals:

So if this interests you, and you aren’t just snagging a credit card you don’t need, then head to Marvel’s Site to sign up for thier new credit card, and let your nerd flag fly with these awesome themed cards!