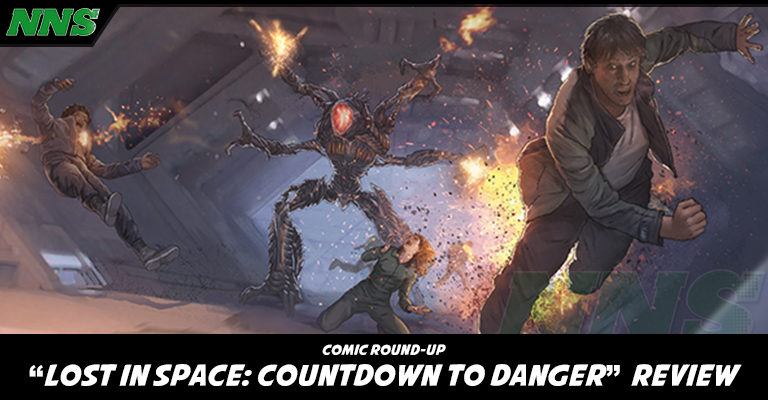 DANGER WILL ROBINSON! If you don’t know that saying, what is wrong with you?! Do you not watch Netflix? Do you have something against robots or space? Well, good thing for you that Nerd News Social is here to tell you about awesome nerd stuff like the amazing hit Netflix series Lost in Space, which was based on the original TV series Lost in Space which came out in the 1960’s, which now has a comic book by Legendary Comics full of action packed bonus scenes which is not in the TV series! 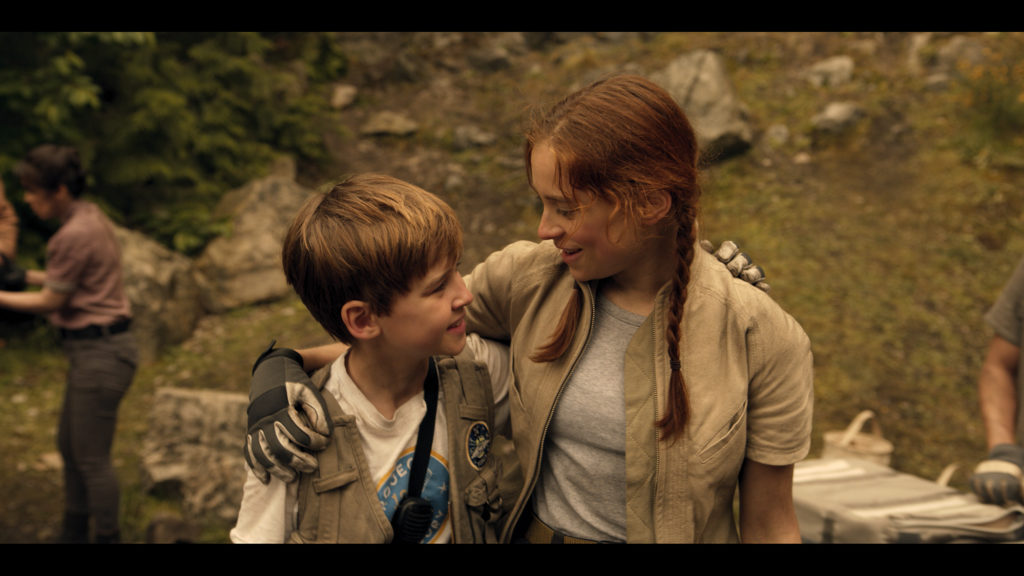 30 years in the future, en route to a distant colony, the Robinson family finds itself thrown off-course when their ship crash-lands on a mysterious and dangerous planet. On this strange new world, they encounter a hostile environment and an enigmatic alien robot. In order to survive, the Robinson family must rely on their training, and they’ll discover that no matter how lost they are, their family is their home. 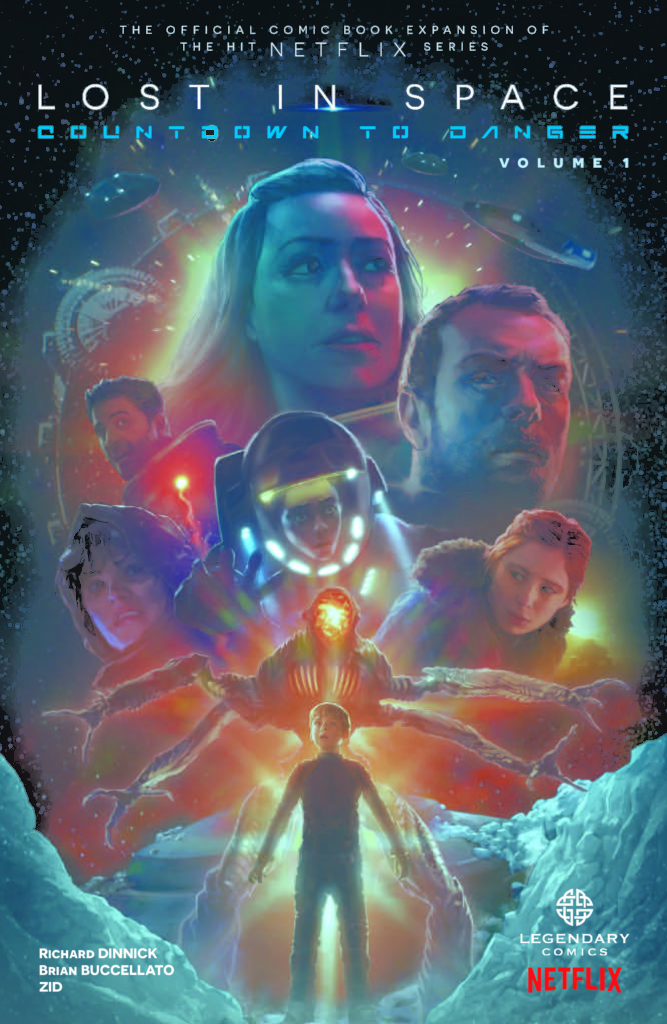 SPOILERS AHEAD FOR “LOST IN SPACE: COUNTDOWN TO DANGER” COMIC

Today I’ll be reviewing volume one, Countdown to Danger, which came out December 2018. It’s written by Richard Dinnick (Doctor Who; Thunderbirds) and Brian Buccellato (Detective Comics; The Flash) with stunning artwork by Zid (Skull Island: Birth of Kong; Trick ‘r Treat: Days of the Dead). These all-new, untold adventures features the full crew of the hit Netflix show: the Robinsons, the Robot, Doctor Smith and Don West. These are the missions you didn’t see on TV, as our heroes struggle to survive in an unknown world full of new creatures, unexpected visitors, and new danger. 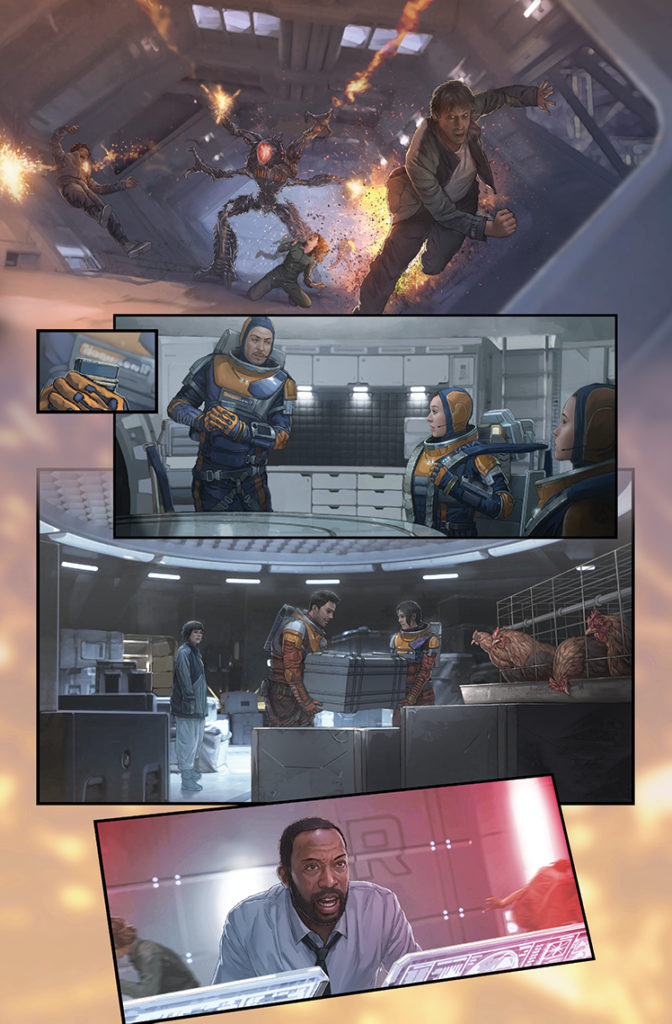 Now let’s get to the comic review! Let me start of by reminding you all that this comic contains additional stories that are not in the TV series, so they are stories that technically don’t have to connect. Meaning there are time jumps without details in between.

Regardless if you have seen either of the TV series before, this comic does start off with a very brief overview of why they are lost in space. Unfortunately, I feel like it’s so brief that it just barely touches on one of the most important things about the story, which is the relationship of Will (the young boy) and the once killer robot, who later after they crash land, become best friends. This is a major factor in the show because the ship they were originally on before they had to escape and became lost in space, was attacked by the same kind of robot! The seriousness of this is brought out in the TV series, but not at all in the comic. So if you have seen the series, this first part of the comic is pointless. If you haven’t seen the series, the first part of the comic just doesn’t portray how important this relationship is at all. I wish they didn’t add this set up story because it seems like a waste of time, and wish they just gave us more new stories instead. 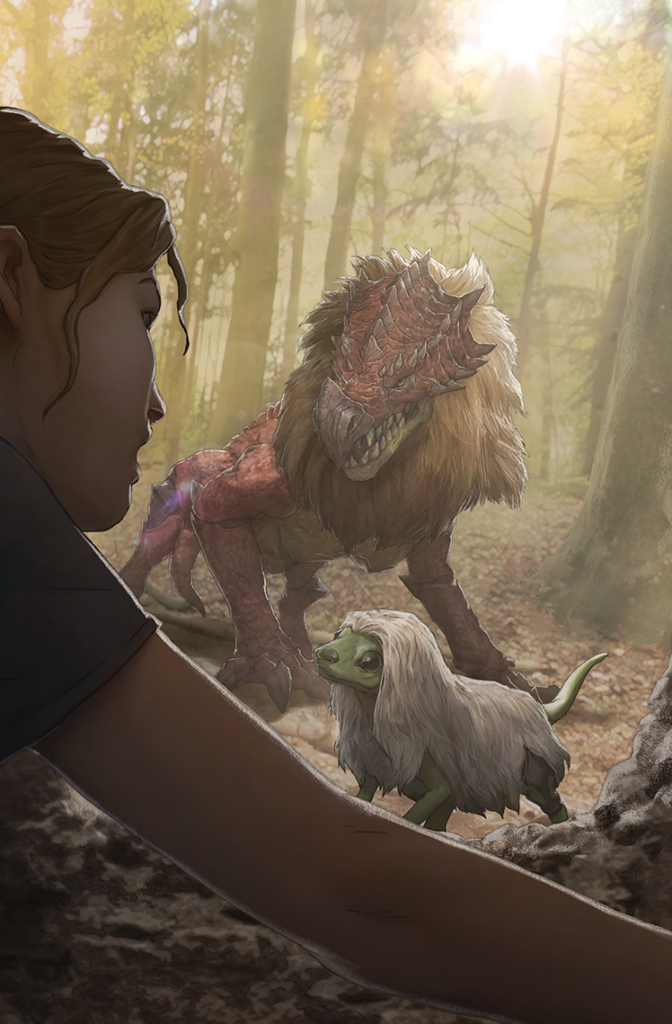 Because of this recap, we are only left with one story before this volume ends. The story revolves around Penny (one of the daughters) being left alone in the ship while everyone else goes out and adventures around the site of which they crashed. She is left with a series of chores and gets bored so wanders off the ship. Basically she finds an injured animal and takes it back to the ship to try to help it. But right after she helps the injured animal, a giant beast comes and trashes the inside of the ship. Surprise, surprise… the little animal is the baby to the large beast. She realizes this, the beast mom takes the kid, and they wonder off. Meanwhile the ship is trashed and Penny doesn’t seem to be worried at all. PENNY! You are on this foreign land! I’d be quite worried if the ship was trashed and I couldn’t leave! No wonder your family left you to adventure without you…

I’m not too happy that the only “original” story in this volume, was not that original at all. The “taking of a baby and Mom comes to get it” story has been told many times before. I’m not saying don’t ever tell it, but for there only being room for one original story, I wish it was more original and exciting.

I will say the artwork is great! It is almost photorealistic and looks just like the characters from the Netflix TV series. The artist did a great job. Unfortunately, it just makes me want to watch the TV series which is in 4K with amazing graphics and effects. For it being formatted to a comic series, I wish they did something different stylistically so that it won’t have me thinking how awesome it would be in 4K with surround sound and great effects.

With all that being said, for a first timer who doesn’t know the series, I’d say watch the Netflix TV series first. For everyone who has seen the TV series and loved it, volume one felt like a waste of time BUT I have high hopes for volume two!