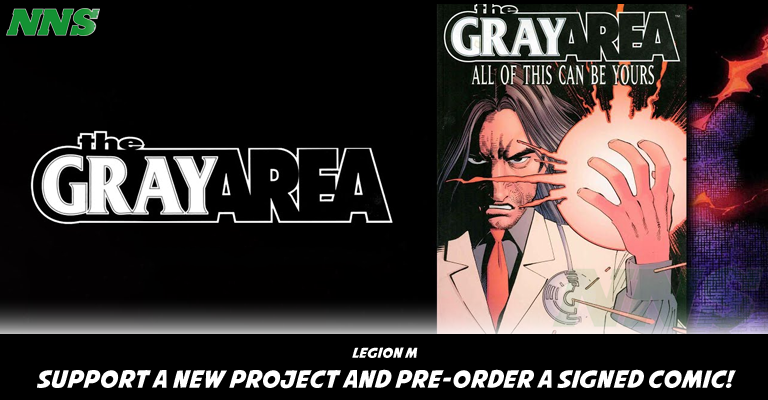 We love talking about Legion M‘s projects, and this project is so fresh, it could go in many directions. They are optioning for either a series, or film the graphic novel The Gray Area. Here is a little about the series:

Rudy Chance was a corrupt cop, with a history of womanizing. When he double-crosses a drug cartel though, they execute him. Much to Rudy’s surprise, he doesn’t end up in Hell, but instead The Gray Area. Forced to use his skills from his life, to police the area, he has been granted extraordinary powers to hunt down the wicked, and help those who seek redemption. However, will his actions doom him further, or lead him to his own redemption.

This story reminds me slightly of one of my favorite one season 1998 TV series Brimstone, in which a cop is returned from Hell to Earth to hunt down 113 escaped evil souls.

The anti-hero stories are always well loved by the general public. So if you want to support this potential project, then show some love for the original graphic novel through Legion M’s site, by pre-ordering a signed copy of the graphic novel, from John Romita JR and Glen Brunswick, Here.

This graphic novel is the collection of the three-volume comic book series, signed by Glen Brunswick for $25!

This offering is limited, so if you are interested, hurry! Comics will begin shipping early this month.