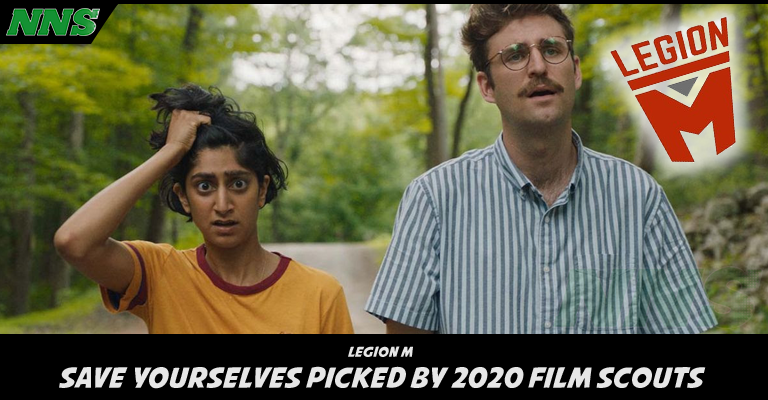 Save Yourself, was chosen at Sundance Film Festival in Utah, by members of Legion M members.

If you don’t remember the Legion M 2020 Film Scout program, you can read more via our coverage earlier in the year Here.

The story of this film covers the topic of a couple that heads off on an unplugged vacation to reconnect, and when they turn their phone back on, they find out that an alien invasion had occurred. This film is starring Sunita Mani and John Reynolds, from Eleanor Wilson and Alex Huston Fischer. Legion M is hoping to bring this to the big screen this July if safety concerns are met by theaters.

This sci-fi comedy really hit a chord with the members of Legion M, and their reviews from the Park City film festival were heard, and Legion M fell in love with it as well. As a direct result though, they partnered with the creators, Bleecker Street Films.

We hope that as the release comes closer, you find a way to support this film, as we love how much Legion M allows its members to have a voice in the decisions of the company, and this once more showcases Legion M’s promise to open the gates of Hollywood!