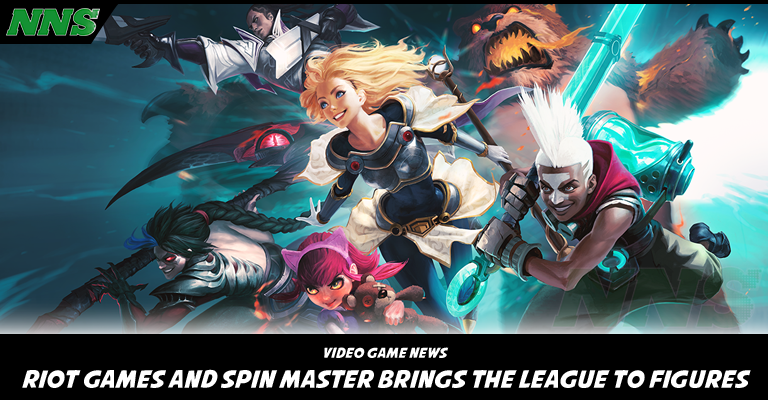 Are you a fan of League of Legends? Well if you are, then you’ll be happy to know that action figures from the series will be able to grace your shelves as soon as fall of 2021 thanks to an exclusive multi-year agreement between Riot Games and Spin Master.

Spin Master has made a series of figures in the past, including Paw Patrol, How To Train Your Dragon, The Avatar film figures, Bakugan, and a couple other brands of not so much note. I honestly have to say the closest to their figures of these style would have to be the avatar figures.

Now in their new partnership they will be trying their hands at the League of Legends which is now over ten years old. I feel so old now.

Their agreement and contract doesn’t just stop at action figures, as they will also be creating playsets and role playing items, who doesn’t want to pretend they are their favorite League of Legends character? And with over 150 champions for Spin Master and Riot Games to choose from, they will have no shortage of figures to make over the years.

As soon as the first mockups are available we will share them with you, but until then you can always play League of Legends to get your fix!