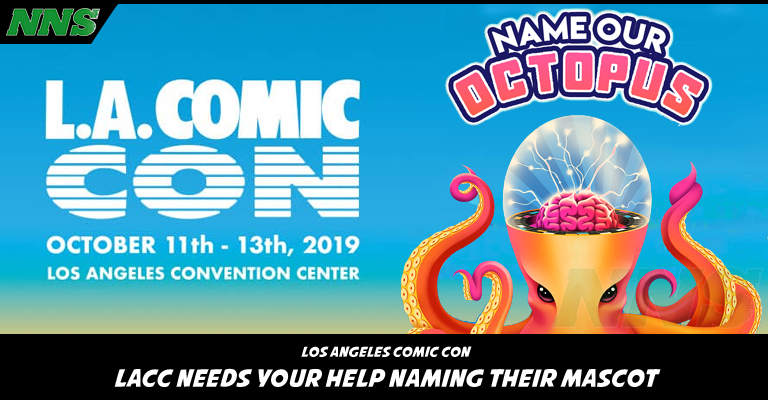 Why they chose an octopus is lost on us. While it doesn’t match the original name of Comikaze, it didn’t matter. The awesome transparent done headed octopus has been an iconic logo and design that has helped the convention stand out from the crowd.

Now the convention needs your help naming the beast. How can you help? They will be giving details on Monday August 24, 2020, to their fans and followers on Facebook, Twitter, and on Instagram.

Follow them, and start thinking up awesome new names!

In the meantime though, there is no word yet on their final decisions of the convention. Until then though, you can still enjoy this new amazing design from their merch team!

Pick it, and many more merch items, up Here!