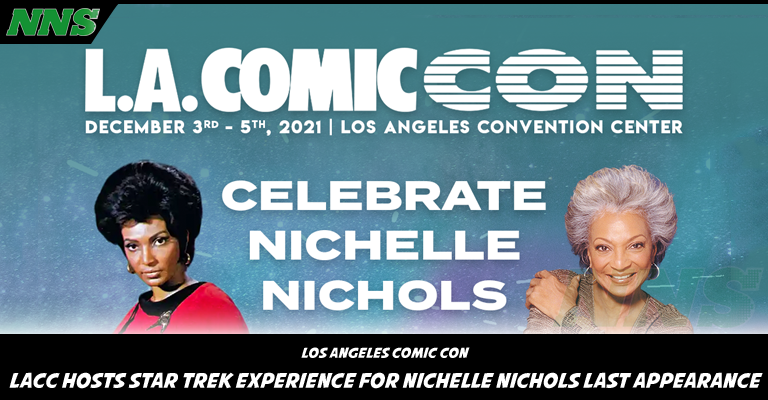 In a combined work with Atomic Studios, Los Angeles Comic Con will be providing a huge focus on Star Trek, and it’s amazing contribution to Science Fiction, Pop Culture, and Society at large. To do that they will be dedicating over 35,000 square feet of the convention space to the multi-series property including a recreation of the Original Series’ Bridge.

In that space people will be able to enjoy merchandise, and meet over 20 special guests from a multitude of the fandom’s series. If that’s not enough for you Trek-ers, there will also be an art gallery for Star Trek V, a Ferengi Star Trek Auction, and an Uhura costume contest dedicated to Nichelle Nichols.

Specifically speaking of Nichelle Nichols, and her role as the first African-American female lead in Television, this will be her last public appearance. If you were a fan of all her work, including her efforts to recruit more woman and people of color into NASA, then this will be your last chance to get a picture or autograph of the amazingly talented woman.

Autographs and Photo-Ops on the Bridge will cost $150 each, but if bundled will cost only $250. It’s  recommended that you hurry though to the site and book your desired options now, as they will sell out! Purchase your tickets to the convention, signatures, and photo-ops Here!

So what are you waiting for?