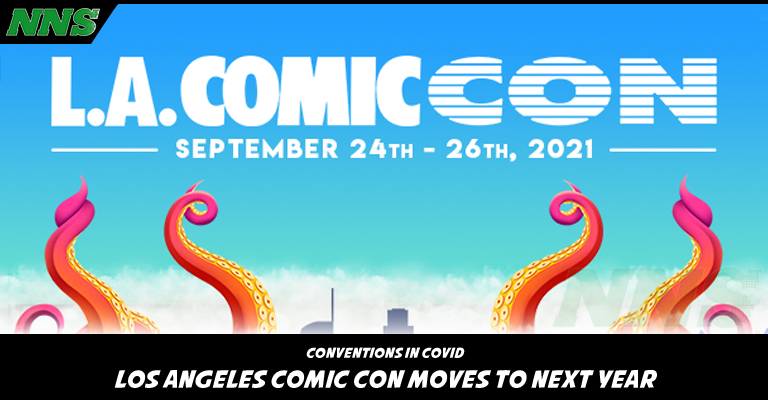 We have talked about Los Angeles Comic Con, quite a bit recently, but the world has been waiting to see if this convention would go the way of the prior conventions.

Now the news has finally come down, that the last chance for an in-person convention for 2020 is no more, with the convention announcing that the event will return in 2021 on September 24th through September 26th.

One of the main reasons that the convention decided not to had to do a lot with Governor Newsom’s recent decision to not release the plans for theme parks to re-open. The convention had been planning to use the guidelines to make sure their event was safe for all attendees, but this holding off on release and decision has made it hard for the people at Los Angeles Comic Con.

While it looks like the parks are currently under review from the State for opening, the lack of clarity with how the State intends to let them will likely hurt other organizers as well. But, true to their words, the Convention has promised if they did not think it would be safe for their attendees, they would cancel the convention. It also didn’t help that we are currently surging in new cases of Covid-19.

With this sad news, let’s plan to treat Los Angeles, and California as a test case for following government guidelines, and beat back this recent surge in cases so that we can potentially return to conventions in late 2021!