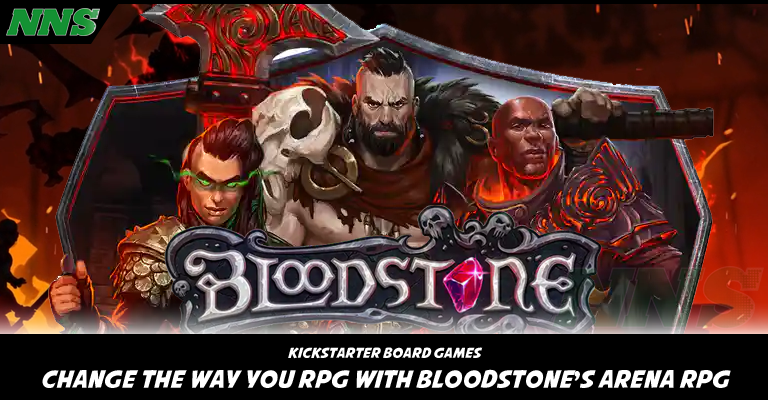 In a world where a dark queen, Vanira Godborn, forces the champions of the land to fight one another or her beasts for her entertainment, you are one of those champions.

Skybound, with James Hudson, brings this unique and first of it’s kind game to Kickstarter in which you fight one another or foes in an arena styled roleplaying RPG board game.

Play alone, play against other players, play cooperative, play as you want with up to 8 players!

This game has it all.

If you are a fan of lore, then you’ll be excited to learn that they will be releasing a book to tie into the game, which will delve into the lore, and give players a more well-rounded understanding of the world they are gaming within, but it’s not required to enjoy the experience!

The game will not release in retail, so your only chance to get and play this game is now on Kickstarter, the game will cost $125 for the base game, and will be shipped in June of 2022.