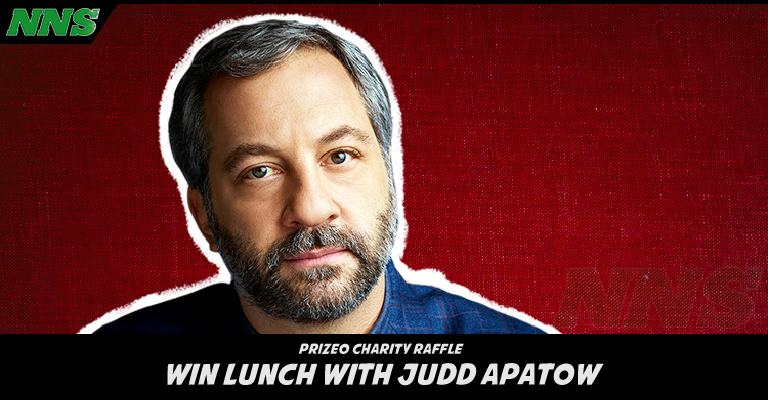 If you are a fan of Judd Apatow, then this would be a unique fan experience for the ages!

From Freaks and Geeks to Trainwreck, Judd has had his fingers on the pulse of comedy. He almost single-handedly is responsible for finding and making household names stars such as Ben Stiller to Seth Rogan, if they are in comedy, then it’s likely in some way part to Judd Apatow’s projects.

So if you want to know what true comedy is, then what better an option then having Judd fly you to Los Angeles, and take you to his favorite restaurant on him!

Donations for this raffle will support the ACLU Foundation of Southern California.

More about the ACLU Foundation of Southern California:
The American Civil Liberties Union, or ACLU, believes that humans have a right to fundamental rights regardless of their appearance, race, gender, or sexual preferences. They work hard to defend those rights, as well as uphold the standards of due process guaranteed under the United States Constitution and Bill of Rights.

Hurry up and enter the charity raffle Here, because the raffle ends on March 16, 2020.