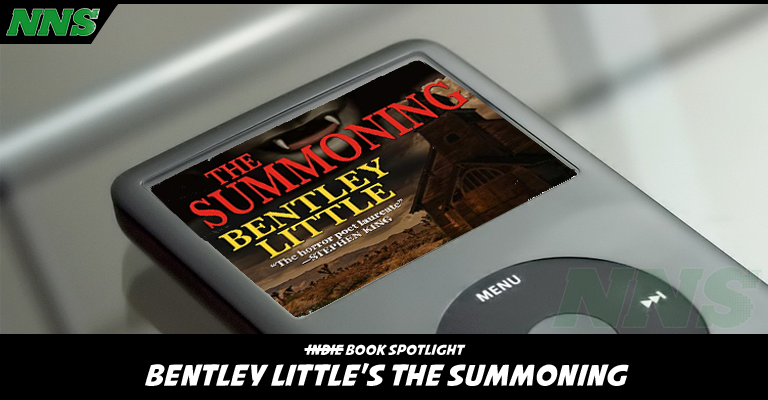 Hey, Readers! Welcome to Spring. (Up here in the Northern Hemisphere, anyway.)

So, I have something of a confession to make. This month’s book falls a little outside what I normally write about, here. I don’t limit myself JUST to indie and small publishing house work as a hard and fast rule – I’ve tackled new stuff by mainstream authors Before. And I don’t always tackle new stuff – see my Spotlights on Octavia E. Butler’s work Here. But this time we’re looking at a kind of mainstream author AND it’s a book from 1993. (I also tend to reserve horror for October/November, so, we’re a few months early for Spooky Season.)

This happened by accident as I am a fan of Bentley Little, saw the book as a recommendation from Amazon, didn’t recognize the title and so thought to myself “Oh! A new book by Bentley Little!? Yes, please! Don’t mind if I do!” because, you understand, in my hubris I apparently decided that if it was new to me, it must be new to the world as a whole.

Anyway. By the time I realized this, I was almost half-way through the book and decided I quite liked it and wanted to share it with you all anyway!

So, slap on some sunscreen and wear something made of jade – we’re hunting vampires in Arizona and it’s liable to get… messy.

(And, just because I feel it’s warranted – Content Warning and potential Trigger Warnings! This book contains scenes that are genuinely disturbing. Child and animal abuse chief among them as well as a smattering of uncomfortable sexual stuff including incest. There’s also racism against Asians perpetrated by the bad guys of the piece and it’s clearly presented in a negative light, but it is there. It also takes a very dim view of organized religion. In short, be prepared for some of this stuff if you decide to check it out.)

Author: Bentley Little.
Formats: Kindle, Paperback, Hardcover, and Audiobook.
Price: $4.99 for Kindle, $6.07 for Paperback, $19.87 for Hardback, $21.99 for the Audiobook, or one Credit on Audible.
Length: 450 pages or 16 hours 21 minutes in audio format.
Narrator: John Pirhalla
Number of books in the series: It’s a standalone title.

We’re in Arizona and as if that’s not a chilling enough prospect, there’s murder afoot! A corpse has been found in the arroyo near the small desert town of Rio Verde. That in itself is notable enough because Rob Carter, the head of Police in town, hasn’t yet had to deal with a murder. That’s the thing about small-town life; everyone knows everyone else and that makes it easy to spot when someone’s missing and so murder becomes that much harder for your average murderer. Anyway, the thing about this corpse is it’s dry. Pun unintended, but it’s bone dry – drained of each and every drop of liquid. Blood, spinal fluid, digestive juices, mucus of any and all kinds are all gone leaving a shriveled husk wrapped around a marrow-less skeleton. One wound on the neck that’s unmistakeably a bite mark and that’s it. Just to add a little visual flair, equally desiccated animals have been placed around the man’s head like a halo. From coyotes to locusts, he’s got a veritable desert menagerie circling his empty skull.

And you might be thinking that, okay, this is a dead body out in the desert. Of course it’s going to be dried up, right? Well, sure. Reasonable point. Only, people saw the guy alive just yesterday and even at its hottest, the Arizona desert isn’t going to take a body from cadaver to jerky in less than 24 hours. The coroner has never seen anything like it and makes no secret of this.

In short, something is seriously wrong in Rio Verde.

Rich Carter, Rob’s brother, is the local paper’s editor-in-chief and he has a hard time reporting on this story as the facts are presented because it’s so out of the ordinary. He finds it even harder to deal with as more bodies start turning up. People, horses… heck, even a grove of orange trees with bites out of the bark and no internal fluids whatsoever! Nice to know our vampire is apparently an omnivore. Maybe he should take a page out of Count Duckula’s book and go completely vegan? 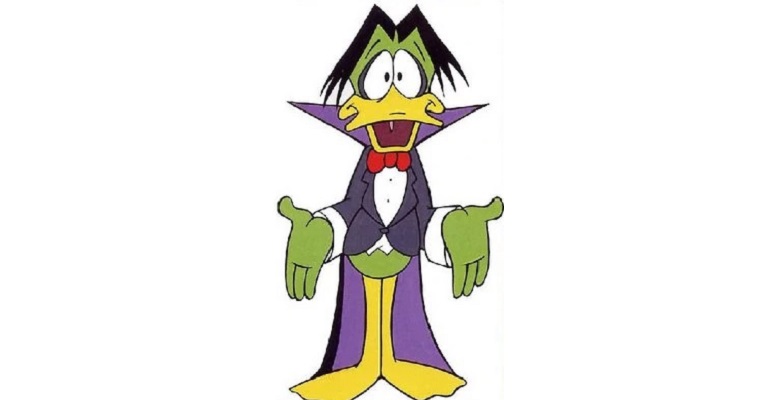 Speaking of things that are nice to know, Pastor Dan Wheeler has recently come into some Good News – Jesus is back, baby! It’s the second coming, the rapture, the curtain call for sinners of all sorts and Jesus has told Dan that he’s going to be the tip of the spear. Pastor Wheeler saw Jesus and was instructed to create his one true church in the Arizona desert. A giant black monument to the Lord and Savior. He’s to bring a whole other church from elsewhere and tack it on to his own, connecting them with tunnels. He has 40 days to do this – completion date is October 31st and it better be done right or there will be, literal, hell to pay.

Meanwhile, we’re introduced to Sue Wing and her family. Mom and Dad own and operate the only Chinese Restaurant in Rio Verde and Grandmother lives with them. They are also the only Chinese family in Rio Verde. While this has caused them some minor problems in the past, there’s a marked up-tick in racially based violence towards them, lately. It’s like the whole town is going sour. Sue’s brother gets beaten up pretty badly by not only his schoolmates but his Gym teacher, as well. Sue’s Grandmother knows why – as a child back in her native Guangdong, she saw a being known as the Cup-hu-girngsi in the flesh. The name translates to the corpse that drinks blood. It’s not a vampire the way we think of them… less Bela Lugosi, more eldrich nightmare. It not only kills to eat, but it enthralls those it doesn’t kill so that they can provide food for it, bringing it friends, family, pets, children… sacrifices, essentially. It seems like massive amounts of this small town are already turned and, weirdly enough, they all seem to be avid congregates at Dan Wheeler’s newly constructed black church…

Sue’s Grandmother knows how to defeat the Cup-hu-girngsi. She knows what will stave it off. But, she and Sue have a task ahead of them in convincing Rio Verde to not only overlook their own prejudices, but to believe in the impossible and rally to fight it.

Can they do it? You’ll have to read to find out.

A few month’s back I borrowed Connor’s soap-box to review Netflix’s Midnight Mass, see my review Here. Like this story, it’s one about a vampire coming to a small town and wreaking havoc with the help of organized religion. That’s part of what drew me to The Summoning – my dissatisfaction with certain elements of that series. I think, as I said there, that the novel is probably a better avenue for exploring some of these themes because of the level of depth which can be expressed in the written word vs what the screen can show. There’s no figurative zipper running up the monster’s back, to paraphrase Stephen King, in The Summoning and so I’m able to wholeheartedly believe in what’s happening. It also helps that I come from a small town and know how that whole situation works. It becomes kind of absurd toward the end of the book that so few people have decided to just leave Rio Verde… but that’s how it is in small towns, sometimes. People just can’t break away, no matter what’s happening. Also, the folks in Rio Verde have heard of vampires before and it’s something that’s brought up immediately, whereas in Midnight Mass literally no-one puts two and two together and says so out loud.

Chinese culture plays pretty heavily into this story – the Cup-hu-girngsi is so very different to the Western Vampire. Interestingly enough, I tried to do a little additional research on this type of vampire to put in this Spotlight, but Googling Cup-hu-girngsi pretty much only brings up other reviews and links to buy The Summoning. Jiang Shi, by contrast, is a pretty commonly used monster type and it’s sometimes referred to as a hopping vampire, but the actual creature itself would be more like a zombie or a ghoul than the Cup-hu-girngsi which was never a human to begin with. Also, some Jiang Shi are plain adorable! 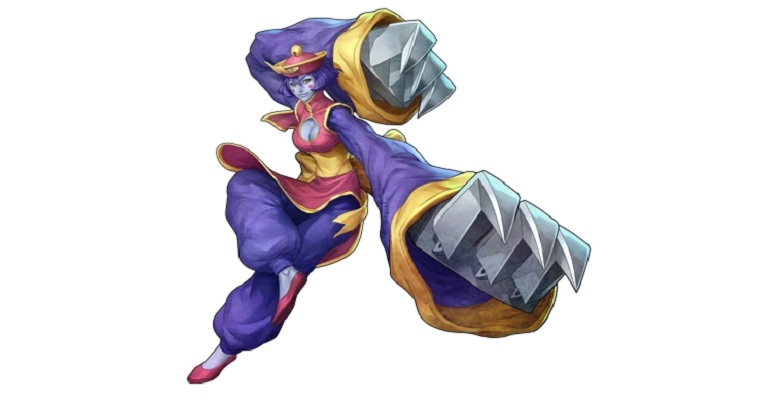 So, if anyone out there has more information or resources specifically on Cup-hu-girngsi, feel free to drop them below in a comment! I’d love that.

All in all, this book is definitely a worthwhile read – if you like really in-depth horror and character driven stories and can withstand a little gore… or a lot, you’ll enjoy this one. (I had to skip past some parts, but I’m a wuss when it comes to explicit depictions of suffering so take that with a grain of salt.) It’s, in my opinion, one of Bentley Little’s best works and that’s saying a lot. If you’re unfamiliar with his stuff and like Stephen King or Dean Koontz, he’s an author you should get to know.

The narration by John Pirhalla is pretty great, too – he imitates accents fairly well and it never crosses into parody or anything distasteful. There was one part where the editor multiplies his voice to emulate a children’s choir singing a creepy hymn and, I kid you not, I was listening to it walking home from work after dark and it made me jump in the moment and quicken my step afterward. Killer stuff.