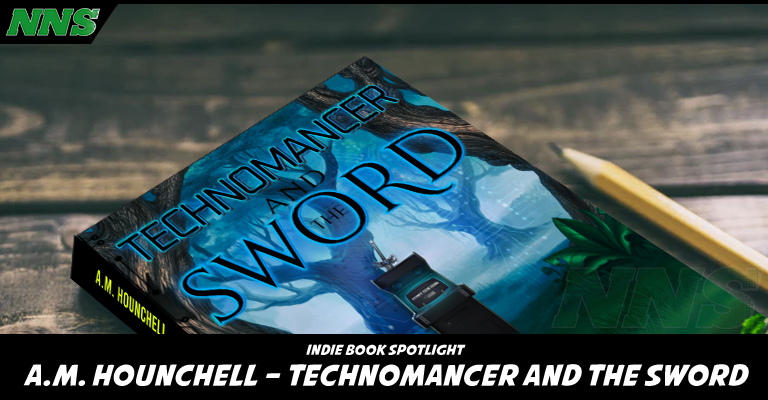 Hey, Readers! I’ve got a fun one for you this month.

From 1979 to 1998, there was a series of books that were a staple in every school and public library kid’s section; Bantam’s Choose your own Adventure series. These were fairly unique stories where the reader themselves took up the role of the protagonist and picked their way through the narrative, making decisions for the character as they went. It was a genre-defining idea that put enthusiastic readers in the driver’s seat of their very own adventure story. I had a stack of them when I was a little fella and devoured each one with relish. My favorite was The Lost Tribe which was even set in my home country of New Zealand. (It was written in 1983 by Louise Munro Foley, a Canadian who later moved to America and I can’t imagine that it was super culturally accurate regarding the Maori members of the titular Lost Tribe, though I can’t remember a lot of it clearly. I might want to track down a copy to revisit it with wiser sensibilities. I’m sure it’s still a fun read.)

Since those original books, many others have taken on the same or a similar format, but like Band-Aid and Xeroxes, in conversation, they all fall under that original brand name for the most part no matter who’s behind the actual book themselves. (You know what I mean. Sure, you can make a copy of a document for your boss on a Hewlett Packard copier but the guy you hand it off to is still going to thank you for Xeroxing the darned thing for him.) My other favorites were a series of Sonic the Hedgehog books where you even had to keep count of your rings and if you lost them all, it was Game Over. The blending of books and video games, two things I absolutely adored as a kid, elicited two hearty thumbs up from me.

So, I was pretty excited when given the opportunity to read and Spotlight A. M. Hounchell’s Technomancer and the Sword. It’s a similar idea – You play the part of an independent Geek Squad kind of a character who has an uncanny knack for fixing broken tech and helping people with their electronic-based queries. (I assume there’s a lot of turning things off and on again, but this didn’t come up in any of my playthroughs of the book.) You are sucked into a sword and sorcery style video game world and what happens to it sits squarely on your shoulders.

So! Grab yourself a snack and a bookmark and let’s jump on into it.

You, unnamed but incredibly tech-savvy protagonist, are a savant in the field of tech support. From a young age, you could seemingly do the impossible – dismantle and reassemble computers with your eyes closed, help your grandma navigate her email and remove all the excessive Internet Explorer toolbars she keeps inexplicably downloading and installing, make sure that your several generations old iPhone battery never starts losing charge to the point where the phone is unusable and you are forced to upgrade. (I made those last two up but man, wouldn’t those be good powers to have as a technology-focused mage?) That kind of stuff. After leaving school, the next step was obvious; start your own technical support, on-call service business. People often told you that the way you navigated electronics was like magic so you even leaned into the aesthetic, donning wizard’s garb to do your work.

This particular day, you’re called in to repair a machine down at an arcade that you didn’t even know existed until now. Among the Ms. Pacmans and Pinball, there’s a machine simply called Technomancer’s Sword. No box art on the arcade casing or anything, just plain white-on-black text. The problem is that it’s just displaying an error message in hieroglyphics and won’t boot up past that.

While taking apart the casing to see what’s up, you notice a button. Pushing it leads you to get a small electric shock… which is weird because as far as you can tell the button’s not even connected to anything. Do you want to push it again?

….no, I’m serious. Do you want to push it again? You might get another little jolt but it may help you figure out what’s going on with this wacky machine. Or do you want to call it quits and go home? You can do either one. Whichever one you pick, your story will unfold from there.

And this is where I part ways from the synopsis because from this point on, there’s nothing but spoilers.

As stated in the preamble, I was a sucker for these kinds of books as a kid. It’s rare that you get the opportunity to experience something that perfectly recaptures the feelings you had as a child. Usually, nostalgia loses its charm when you try and re-immerse yourself in the thing you remember.

I’m happy to report that I didn’t experience any such disappointment with this story. I read through six different adventures, though, I don’t think I ever achieved the penultimate ending. I won several, lost some others, but each one was a distinctly different tale and that’s the exact experience I was hoping for.

The writing is nice. Descriptive enough to be immersive, not burdensome with details. This is literally your story, after all – if everything is jotted down in painstaking detail there’s less interactivity overall. You’re left to imagine this world within whatever frame of reference you have for it. I, personally, saw pretty much everything through a Skyrim style lens as this is indeed a video game world. (There were no clipping errors, however.) And the characters you encounter are fun, though, you’re only seeing bits and pieces of them depending on how involved you are with them through your choices – friends can turn out to be villains and vice-versa depending on how you interact with the work.

My best recommendation is that this is a perfect book for kids during summer break. If you want them to have less screen time and read a book, this will fill that niche very nicely as it’s filled with ideas and themes familiar to them but told in a way they may not be familiar with.

A word with the Authors:

Jim Newman: The Choose Your Own Adventure format was such a staple of kids literature a few decades ago and it’s awesome to see someone bringing it back in a more contemporary way – what inspired you to tackle this kind of format?

A.M. Hounchell: I’d written an experimental novella, Contractual Obligations, where there were several different outcomes to the core story, while also having an overarching plot tied to the concept of the multiverse. It was a natural step to go from that idea to Technomancer, in terms of mechanics. I’ve also always loved the RA Montgomery Choose Your Own Adventure Books. Who doesn’t love a book where the premise and title are “You are a Shark!”?

Jim: Do you think that this form of storytelling can make a big comeback? Are there any other authors doing the same kind of work that you’ve seen lately?

A.M.: If someone had asked me a few years ago, when I started writing Technomancer and the Sword, I would have said no. Shortly after I started, Netflix created the Bandersnatch episode of Black Mirror. That really changed my mind regarding a revival. Plus, trends are cyclical for the most part, so that makes me hopeful too.

As for other books in the genre, Max Brallier wrote a fantastic zombie survival book that I recently discovered called “Can You Survive the Zombie Apocalypse?” There’s also an interesting series by You Choose, where they do the genre with a historical flare. Other than that, I always make sure to check out books using the Choose Your Own Adventure style.

Jim: Obviously writing in this style, the second person perspective where the reader themselves is the protagonist, must come with its own unique series of challenges. How hard is it to work in that perspective?

A.M.: The worst part about it comes with reworking sentence structure, because I tended to start my sentences with “you” and that gets repetitive. With a story that could be either 40 or 4 pages, it’s dangerous to be repetitive. Especially, when I want people to enjoy rereads.

Jim: Technomancer’s Sword is a really fun adventure setup that reminds me of some Isekai anime mixed with the likes of Pagemaster and Neverending Story – where did you draw inspiration from when creating this world and its characters?

A.M.: Technomancer and the Sword is directly influenced by RA Montgomery, the creator of the genre. But, I didn’t want to tread the same path as him. Where’s the fun in that? I’ve got to pick a slightly different path and see how it ends. After considering the idea, and debating whether I wanted to make a series, I decided that a video game setting would work best. It’s something that I know well, it’s something I think others will like too.

In the end, I drew inspiration from Wreck it Ralph, Sword Art Online, and the Pendragon novels. My addition to the genre is treating more like a video game, or as much as I could without it feeling overbearing. To the point that the book has an easter egg ending that can’t be reached by a presented choice.

Jim: There are a lot of ways that a reader can ‘complete’ the story arc of their protagonist. How fun was it coming up with the various Game Over scenes?

A.M.: The Game Overs are some of the best parts! It challenged me to be creative in how the story ended, because they have to be treated with equal weight. One of the cool things about a story that branches is that on future rereads/replays, decisions can be informed by information gained from previously seen endings. I made it so endings on different branches would inform future decisions in completely different parts of the book. Keeps everyone on their toes.

Jim: What does your writing process look like on the day-to-day? Do you set a routine or are you a little less structured?

A.M.: I’d say I’m looser with my process, but this book is an outlier in that regard. At times, I’d have to write maps out, so I would come back to choices and paths I hadn’t completed. The branching story method works well with my sense of adventure and my hard to keep attention.

Jim: Do you have any advice for aspiring writers that you wish someone had given you when you were starting out?

A.M.: Two pieces of advice. Don’t give up on writing. Keep doing it as long as it makes you happy. At the same time, don’t push yourself to the point that it’s a chore. The best writing comes from people that love what they do.

Jim: Do you have any upcoming projects you’d like to let our readers know about?

A.M.: I’m focused on Technomancer right now, but it is one of many. I plan on writing a few more books in the genre and in this world.