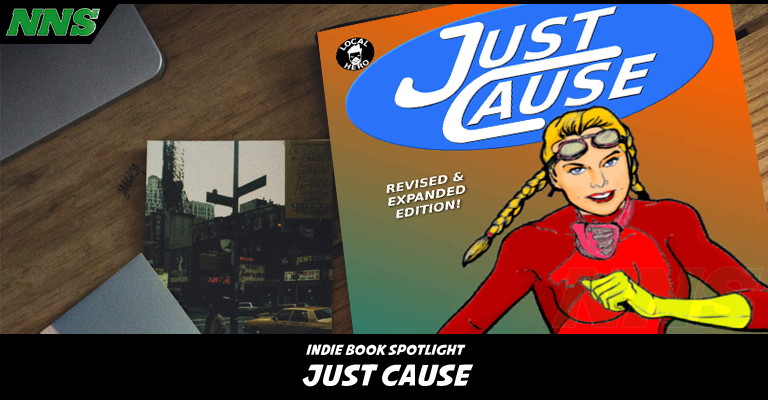 Considering the surplus of time at home we’re all dealing with currently, what better time to open up a new book or fifteen? In this period of quarantine, our bodies are forced to be sedentary but our minds can still take us on as many journeys. And thank goodness for that! How lucky are we as a society to have so much amazing art to fall back on in these times? And while movies and T.V. And video games are all great, let’s not forget the original pathway to escapism – the novel.

This month’s offering is a superhero story. For me these are essentially the literary version of comfort food – Mac and Cheese for the brain. Considering everything, I was in the mood for a light-hearted, super-heroic tale and settled upon this story to tide me over. I got the Audible version, but it comes in Kindle and Paperback as well. And if you’re looking for a long series to sink your teeth into until we’re allowed to be a society again? This series is pretty long (Eighteen books!) so you could conceivably get lost in these pages for months.

So. Let’s power on the ol’ kindle, squeeze into some spandex footie pajamas and fight crime with Mustang Sally and the rest of the Just Cause gang.

Author: Ian Thomas Healy.
Formats: Kindle, Audiobook and Paperback.
Price: Free for Kindle, and audiobook. $15.99 for the paperback.
Length: 365 pages, or 10 hours 45 minutes via Audible.
Number of books in the series: 18 at the time of writing.

Mustang Sally (Salena Thompson) comes from a long line of heroes. She’s a parahuman from a family of them. Her grandmother and mother were both members of the United States’ premier, government-funded superhero team – Just Cause.

We open on a party being held in honor of her Birthday. Who’s throwing this bash? Her current super-team, the Lucky Seven. And, not only does Sally get a party, but the best present she could have possibly received; a recommendation from her current team to join Just Cause. This has been her dream ever since she was a kid, considering she grew up with two alumni members. Sally is a speedster, like her Mom and Grandmother before her… and she’s faster than they ever were.

Of course, superheroes are never really allowed to enjoy anything for too long, are they? There’s a disturbance going on in Chicago. A tech expo is being beset by some nutcase in a fifteen-foot tall suit of armor. Upon reaching the scene, Sally’s worst nightmare is realized; it’s not just any nutcase. It’s Destroyer.

Name doesn’t mean anything to you? It’s definitely important to Sally. Destroyer is the guy who killed her Dad before she was even born.

Of course, he gets away. Thus sets the stage for not only Sally’s greatest challenge to date, but something that will push the boundaries of what Just Cause as an organization can handle.

Salena makes it to Just Cause headquarters and is put through her paces as an unpaid intern. She makes a new best friend in Sondra Eagle – a winged lady who’s a little older and a lot more experienced than her and promises to show her the ropes and look after her during her stay. She also meets a young man who goes by Mastiff. He’s super strong with a heart of gold and the two have an immediate interest in one another.

As it happens, she’s able to find out a lot about her family and Destroyer both after joining the team and this takes Just Cause down to Guatemala. To do what? Well, that would be telling. But rest assured, the outcome will shake this super-human society down to its very core.

This version of the book also contains short stories at the end that go into earlier parahuman events and detail some of Mustang Sally’s lineage. A nice little worldbuilding exercise that I would almost consider telling you to check out first. They do some stage-setting which I appreciated. They’re available as a stand-alone ebook called Those Who Came Before.

All in all, this story and these characters are pretty enjoyable! If you’re looking for a new superhero team to hang out with that isn’t the Justice League, the kids from U.A.s Class 1-A or the Avengers, you could definitely do worse than checking out Just Cause.

My reservation is simply this: You get these heroes as a package deal from the start. While, yes, you do get to enjoy them as people during the story, and their powers and personalities are expounded upon during the book, it’s always a gamble when you introduce a glut of new characters into a story at once. Most of these characters stick the landing, though. This isn’t me complaining! I promise! But without establishing stories telling me about the members of Just Cause, I have to do a degree of mental legwork in establishing who’s who and why. That level of self-guided extrapolation can be enough to take some people out of the story. We get to experience all this from Sally’s point of view which does help as she’s new to the team but she also does have prior knowledge of who and what these folks are, so, we don’t have the benefit of knowing as much as she does and learning with her as she goes. Having said that, there’s a lot of material in this series that will provide that missing exposition as it goes along. Such is the way with books in a series. The clear question here, is do I get to know enough about them to care what happens to them? Yes, yes I do.

One warning I will offer up is that there’s some sex in this book. This isn’t bad and the prose is kept relatively tasteful but I wouldn’t recommend this book to younger readers because of it. Salena and Jason (Mastiff) enter into a very cute, loving relationship that goes in a particular kind of direction that puts this book outside of the PG rating it seems to stick to during the earlier parts. I was a little surprised by this when it popped up. And I get it. This is Mustang Sally’s first foray into a wider world, love as a metaphor for personal growth, raising stakes and giving our heroine one more thing to protect… the narrative building blocks are there and I’m no prude. But everything else is relatively light prior.

The action writing in this book is superb, however. Minor qualms aside, writing bombastic action in a narrative format is no easy feat. Mr. Healy does a fantastic job of keeping the energy of each fight scene up and detailing the craziness that is super-powered throwdown time without things becoming stale or static or, worst of all, confusing. The final fight is especially outstanding.

And what of Sally herself?

She’s endearing. Having the speedy power set common to many such heroes (The Flash, Sonic the Hedgehog.) we’re in for some fun at frenetic speed. Her powers seem more grounded than many speedy types; she gets blisters, takes long distances seriously, can speedily heal some injuries but not all of them (Pulled muscles are a quick fix. Broken bones or severe sprains take a lot longer, for example.) and all in all is pretty grounded. I like that she has a complex relationship with her family and has worries and preferences of her own that help us bond with her as the main character. And while this book is called Just Cause… this is Mustang Sally’s story. Things pivot around her in a way she didn’t expect and yet she rises to the challenge for the most part.

So, in summation: If you’re looking for somewhere to run while stuck at home? Check-in with Mustang Sally and Just Cause for a while. The Audiobook version is read by Leslie Howard who has a lovely voice, which definitely doesn’t hurt!