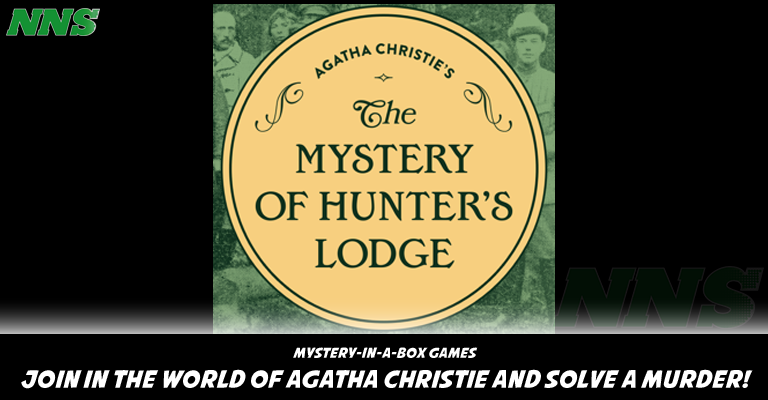 Agatha Christie is a well-known name in mystery, and her series focusing on Hercule Poirot is well-loved in the literary world. Now Hunt A Killer has partnered with Agatha Christie Limited, the rights holder of her stories, to produce a mystery game based on one of her short stories, The Mystery of Hunter’s Lodge.

The Mystery of Hunter’s Lodge is a short story from Agatha Christie, featuring the Belgian Detective Hercule Poirot. The story was written in 1923 and told the story of the murder of Harrington Pace, a millionaire with a philanthropic streak.

As players of the game, you’ll be helping Poirot’s companion, Captain Arthur Hastings, as poor Poirot has unfortunately contracted influenza and is out of commission temporarily.

While attempting to solve this mystery and murder at the Hunter’s Lodge, you’ll get your hands on realistic maps, crime scene reports, and character information for all the suspects.

When it releases, the game will be available as an all-in-one retail box available on Amazon, and on the Hunt A Killer site as a Collectors’ Edition version. The story will be identical, but the Collectors’ Edition will upgrade the evidence to increase the realism of the game, and as even useable items once the game is over.