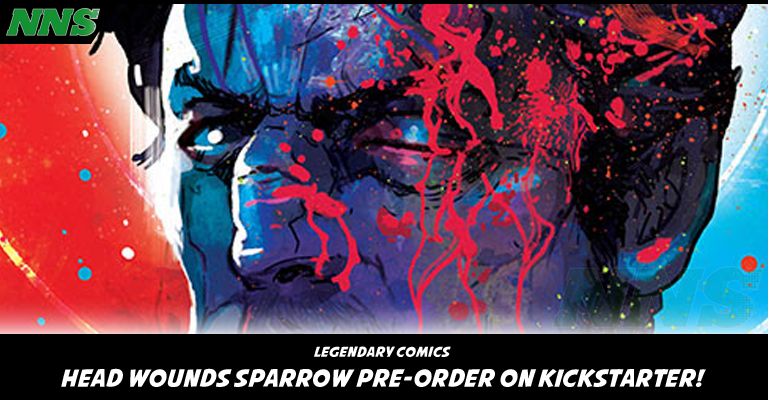 Kickstarter is a great place for comic books to get a chance to be made. While major companies are using it and not just indie creators, it lets the audience share with the larger companies what they would rather have.

Head Wounds: Sparrow is one of those comic books.

Head Wounds: Sparrow is a supernatural noir graphic novel with a lot of people help creating it. Created by Robert Johnson, story by John Alvey, developed by Oscar Isaac and Jason Spire but written by Brian Buccellato. That’s a lot of talented people!

The art for this book is by Eisner winner Christian Ward.

Head Wounds: Sparrow takes a look into the life of Leo Guidry, who is unfortunately a crooked and psychically damaged cop in Louisiana stuck between an internal and external struggle for Good and Evil.

After his friend is killed, he sees the wounds of his friend upon his only head, but only he can see it. Angels and demons now fight for all humanity and Leo has to choose where he falls in the grand scheme of things.

Check out a video preview of the comic book here:

The Kickstarter is live and fully funded. If you want to back it you can, and it will be released on August 9th, 2022.

Make sure to back this now because the Kickstarter will end on Friday, June 3 2022.