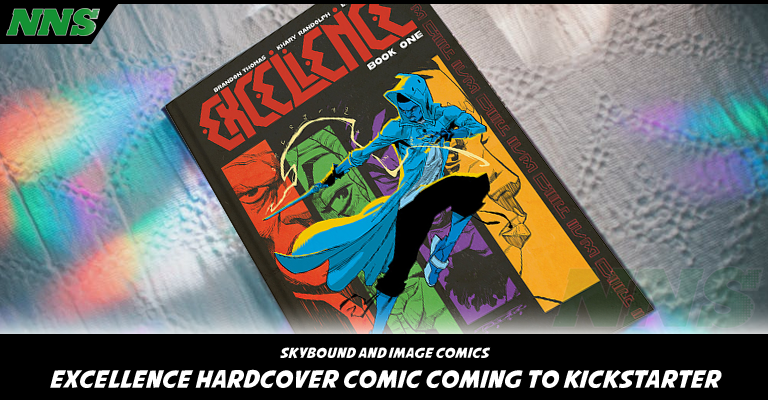 Representation is important in society. People need to not only see themselves in the media and content they absorb but also to have figures to look up to. Skybound and Image strived to do just that with their series Excellence, created by Brandon Thomas and Khary Randolph. A comic book set in a world of magic, action, and fantasy with black creators, black characters, and generational stories that anyone can connect to.

Excellence came out in 2019. A series that focused on Spencer Dales as he follows in his father’s footsteps into a secret society of black magicians. Their duty was to better others, but never themselves. Now Spencer wants to change that system to build a better world, and break free of the rules of the prior generation of magicians.

If the series sounds interesting to you, you can preview the first issue in the series on Image’s website Here!

If you read that preview or are already a fan, then you will be happy to know that the series is getting an exclusive deluxe hardcover edition called Book One released today on Kickstarter! You can find out more about the Kickstarter, and pre-order your own version Here!

Book One will feature not only the first nine issues of the series but will include additional content that has never been seen before!

So what are you waiting for?