To honor him, and his legacy, a bunch of people are proposing that people wear their favorite Stan Lee character shirts. 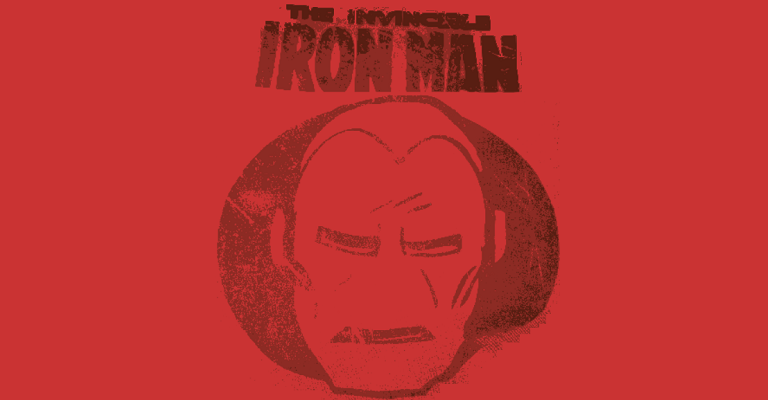 So to honor the truest of all believers, I’m going to go into my relationship/experiences with Stan Lee, as some nobody fan, what Iron Man meant to me as a child, what he means to me now, and what is left over in the loss of Stan Lee.

My Relationship With Stan Lee
So before I start, I don’t want people to think that I was a friend of Stan Lee, I did not know him personally.

I did however meet him a total over five times in my life. The first was right before Spider-Man came out in 2002. Dan, a friend of mine told me that Stan Lee was going to be going to Universal Studios City Walk to sign the Motion Picture Comic Adaptation for the movie. He lived in Orange County, and was driving up. He knew I was in the area and asked me to stand in line for him. I already was well aware of Stan Lee. I loved him in Spider-Man The Animated Series final episode. I waited in line for over 3 hours, but I got his signature, and was even able to sneak in a handshake even though the people at the table specifically told me that I wasn’t allowed to.

The next time that I saw Stan Lee, was at San Diego Comic Con in 2009. He was there because he was working with Disney to make a children’s cartoon. There was a pull a marked ticket out of a box contest to see if you got to meet him. I happened to be tall enough to look into the box when drawing, and could see the marked tickets. Sure it was a little sneaky, but I got to again meet Stan Lee, take a picture with him, and tell him that I loved his cameo in Iron Man.

The next two times I met Stan Lee was bumping into him at San Diego Comic Con while his entourage and him headed to his hotel. I felt so lucky to keep running into him, but if he could have remembered me, well I’m sure he’d of thought I was stocking him each year.

The thing about Stan Lee was though, that even if he didn’t really know you, and didn’t really get a lot of time with you, he had a habit of making you, a fan, feel like you were important to him. Whether it was in person, in his cameos, or even on his YouTube channel where he recorded videos for his fans. PARKOUR!

That’s what the world lost with Stan Lee.

What Iron Man Meant To Me As A Child
As a child, I grew up watching the animated Iron Man show from 1994. I first knew him as the friendly PC version that graced the television. That leaned me into the comic books though. Boy was he not what I thought he was. That was the point. Iron Man was not perfect. He was flawed. A drunk, a capitalist, and a womanizer. Through all that though he wanted to do good. He had so many failings, and Stan Lee did a great job making sure to the public that he had his demons.

When I started reading, Iron Man had recently been the victim of a car accident that he caused due to his alcoholism. He couldn’t use his legs without the use of an Iron Man suit at all times. He hadn’t shaken the alcohol though and his world was falling apart.

My life had fallen apart, I had recently swapped homes due to a court ordered custody swap. My life had been turned upside down, and felt down regularly.

I had anger issues, and the dark side of Iron Man, and the mistakes he made showed me that I can make mistakes, as long as I keep pushing forward, and try to do good, I can get out of this moment in my life, and maybe still be a hero.

It’s for this reason I think I made it through my childhood. I didn’t want a clean shiny armored hero at this time. I needed a warrior who made mistakes, but could still make it through and be a hero.

What Iron Man Meant To Means To Me As An Adult
In 2008, Iron Man the movie came out. Sure it wasn’t the same as Iron Man the comics in a lot of way. It was awesome, it brought my hero to the forefront of modern pop culture, and people loved him. That being said, the thing that made the most of this for me was not specifically the fact that people loved Iron Man, or even that I loved Iron Man. It had a lot to do with Robert Downey Jr.

RDJ had a lot of issues in his life. He faultered, but to be honest I always was a fan of his. Heart and Soul, look it up. Also look up Chances Are while you are at it.

Iron Man allowed RDJ to have another chance. I saw it as a perfect fit, and still do. A man with a drinking problem, played by a recovering addict was beautiful. Who had a better understanding of how to play the role then him?

It showed me once again, in a time that I needed it that the mistakes we make are not permanent. If we work hard, and change, we can recover from our failings, and succeed in life. Downey did that, Marvel helped him, and Stan Lee was a vehicle once more in my life for showing me that we can all still become heros.

What Is Left
Like Pandora’s box, hope is left.

Stan Lee is gone, but not forgotten. He leaves behind a world of love that he shared with us, and gave to us.

I personally can’t wait to see the next generations of creators and fans that were inspired by Stan Lee, and how they will live up to the lessons that Stan Lee shared with us, and what lessons they will share to their fans.