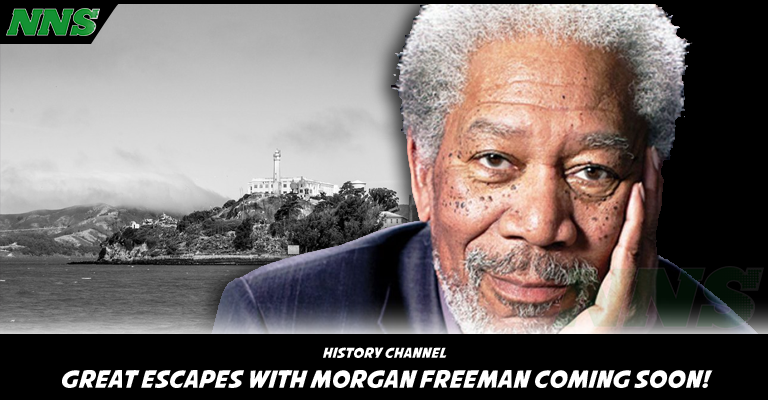 From his performance in the film Shawshank Redemption, including his narration of the film, a lot of people associate Morgan Freeman with one of the greatest prison escape movies of all time.

Now the History channel wants to keep that association alive with their new series “Great Escapes With Morgan Freeman” which focuses on some of the most impressive and notorious prisons escapes from such places as Alcatraz, Sing Sing, Riker’s Island, and Leavenworth!

The series will also be produced by Morgan Freeman, and Lori McCreary who has worked with Freeman on his series “The Story of Us” and “The Story of God.”

Each episode will be an hour-long and tell the stories of escape using dramatic recreations, storytelling, and cutting-edge visual effects. Freeman will walk viewers through the inmates’ plan, all the way through the manhunt outside of the prison.

The limited series will have a six-episode run.

We’ll let you know when more information comes out on the series.