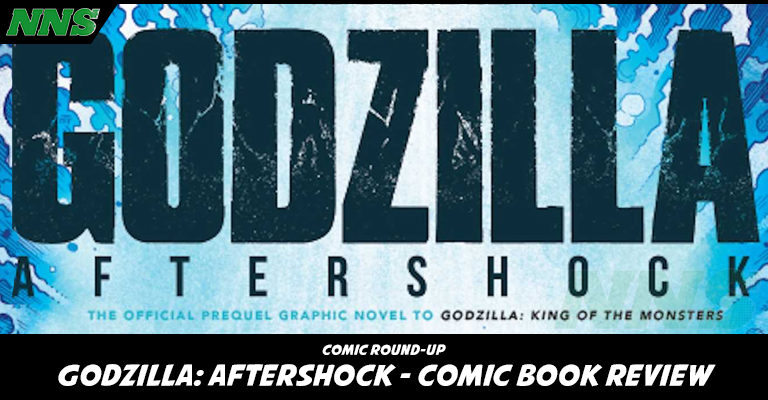 We love comics here at Nerd News Social. And we felt it was about time to do another comic book review. Let’s talk about one of the latest comics out by Legendary, Godzilla: Aftershock. This 112 page graphic novel is a tie-in prequel to Michael Dougherty’s Godzilla: King of the Monsters recently released in theaters May 31, 2019. Godzilla: Aftershock from Legendary Comics was released a month before the film, on April 16, 2019. It has writer Arvid Nelson (best known for Rex Mundi) and illustrator Drew Johnson (best known for Wonder Woman ‘77) so that being said, this comic is something no fan will want to miss! 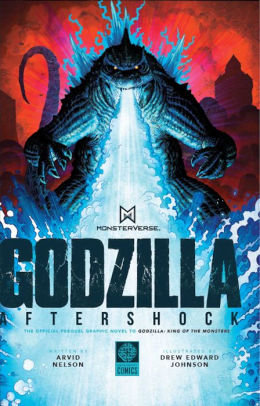 Aftershock takes place after the first film’s cataclysmic events in San Francisco. The King of the Monsters becomes an endangered species as an ancient terror rises from the depths of the earth, unleashing a series of devastating earthquakes, and driven by an unstoppable primal instinct that will test Godzilla like never before.

Monarch Operative Dr. Emma Russell races to stop the threat, as clues emerge to reveal a terrible secret – a tragedy of apocalyptic proportions from the distant past that changed the course of human history is returning to threaten it once more.

A shadowy figure stalks Emma’s every move as she travels the globe to uncover secrets, while Godzilla clashes in an ancient rivalry as old as the earth itself. The fate of the world lies in the balance in an epic confrontation that no Godzilla fan will want to miss, setting the stage for Godzilla: King of the Monsters. 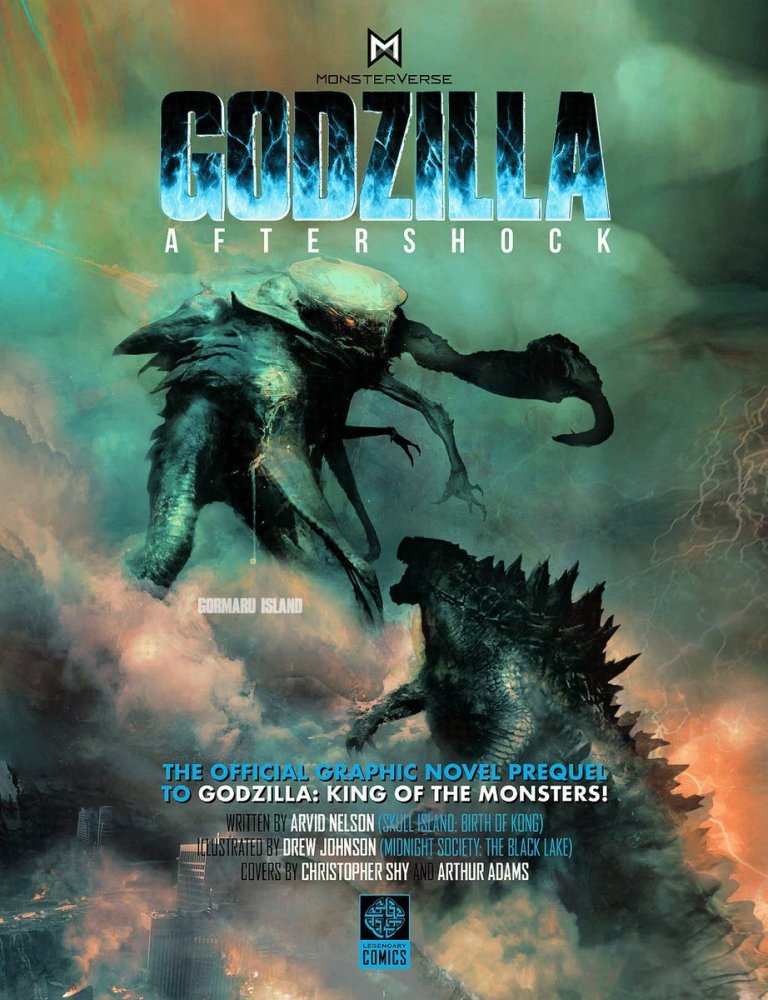 I will not be giving any real spoilers, I will just give a general overview of the art, story, characters and pacing of this comic. Starting with the art, Johnson does a great job creating these beautiful monster battles. I found myself spending time just staring at the panels and out loud saying the sound effects. KREEAH! SKASHH! TOOM! It was really fun to look at and I can tell Johnson was perfect for the job.

You are really just thrown into the story since it takes place after the first Godzilla movie. So if you have seen the first movie, you know exactly what’s going on. If you haven’t seen the first movie, it’s actually really easy to pick up on what’s going on and each person’s role in the story. But I’m sure if you know the first movie, there are some underlying connections you can notice and a little background history that helps round the story and characters out a little more. There was a little bit of beautiful Godzilla history that you jump between and Nelson did a great job tying that in with the overall story of this comic. I felt he also did a solid job on laying out how I should feel about and the importance of each character in the amount of pages given for this comic.

The only thing about this comic that I didn’t really care for, was the pacing. And that is totally understandable because this comic is made to fit between two movies. You are first thrown into the comic with a pre existing history from the first movie. And at the end you are kind of left just on a major cliffhanger. So… it’s a perfect filler comic between two movies with some wonderful scenes and additional character content. And for those of you who haven’t seen either movie, this is a comic that can be read on its own that will make you want to see what happens, and how it began. So great job Legendary! But to me, even putting aside what I just said, pacing feels rushed in certain areas, and at one point the main characters daughter shows up and I’m not really sure what that adds to the story… unless something more about that is revealed in Godzilla: King of the Monsters. 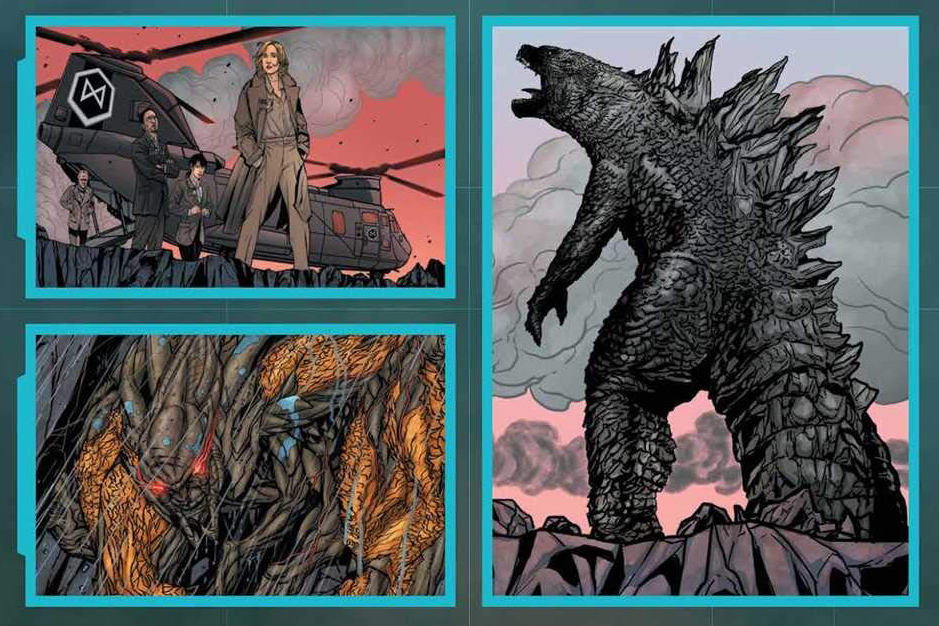 To sum things up, super fun comic with great talent involved! I very much enjoyed the read. It also makes me want to watch Godzilla: King of the Monsters. So let us know what you think. Did you see either of these movies? Are you interested in the comic? If you have read and watched it all, how do you feel about it? Let us know in the comments!