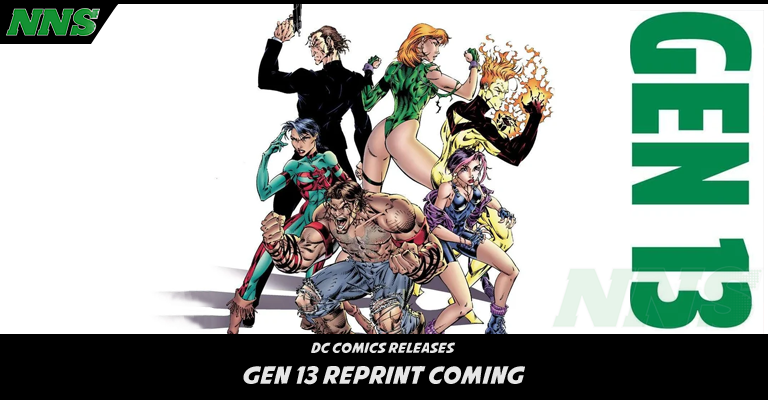 A storm is coming to DC, a Wildstorm.

I kid, and I shouldn’t with all that is going on at DC, but there is something I am actually really excited to share with you about one of their recent decisions.

For those not in the know, Gen-13 was a part of Image Comics’ Wildstorm offshoot, similar to DC’s Vertigo prints. Wildstorm was formed when Jim Lee, a founding partner of Image, created it as his personal brand within the Image umbrella. While Wildstorm was formed in the early 90s, by 1999 Wildstorm was acquired by DC when Lee joined the company, looking for a simplier position, but over time with the company rose to be the sole publisher of DC Comics. Sadly Jim’s tenure as publisher at DC Comic came to an end this month during the DC Comics layoffs.

The series enjoyed crossovers between the major comics universe, including more noticeably Spider-Man. When the DC merger of Wildstorm occurred, the characters appeared in some of the New 52 series, but was not included in the DC Universe after the comic line-up was rebooted again.

In the world of Gen-13, it all starts with Team 7, a group of military agents given amazing powers. However, when things went to far, the group split, which lead to power changes and new plans. Years later the same organization starts up Project: Genesis with 5 recruited teenagers. While in the project, the group all manifests their powers. But before things could go to far, Lynch a secretive agent within the program abducts the teenagers from the project, and the series continues on mainly focusing with the children on the run from the organization.

What is learned later in the series is that the members of Gen-13 are descendants of Team 7, including Lynch.

The print, “GEN-13: Starting Over – Deluxe Edition” will be coming to comic book stores in 2021, and will feature a cover from the earlier comic books.

What does this mean for the future of the series? Not a lot unfortunately, while the reprint will allow more people to find and enjoy the amazing series, I doubt any stand alone series will be rekindled as a result. There might be some mention of them and their universe in DC down the line, like Grifter’s re-appearance, but I don’t hold out for more hope especially with all the layoffs and bleak future of DC at this time.

This reprint will have to be enough for me, for now, on Gen-13!