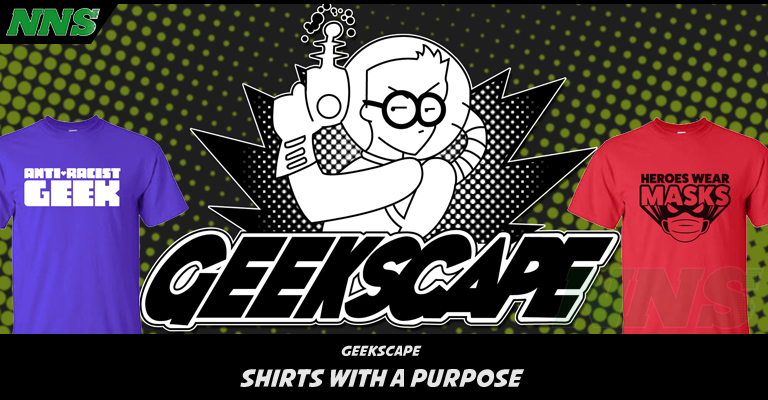 With their “Don’t Hate. Create!” being so successful during prior San Diego Comic Cons, Geekscape had decided that they were going to bring more positive social message shirts to San Diego Comic Con this year. Then, of course, the pandemic hit, and the convention pushed the event virtual with Comic Con @ Home.

Geekscape doesn’t want to let down their fans and purchasers, even though they won’t have a physical booth.

So this year they created three additional shirts to their virtual shop so that you now have four shirts with more than one message when flying your nerd flag. 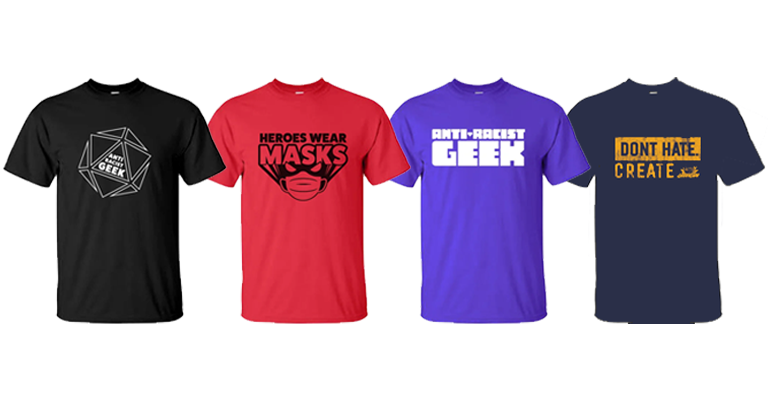 The shirts themes are titled:

For all the sales of these four shirts, 10% of all sales will go directly to the ACLU.

These shirts are available for pre-order, and will ship out by the end of August.

So what are you waiting for? Pre-order your geek shirts Here.