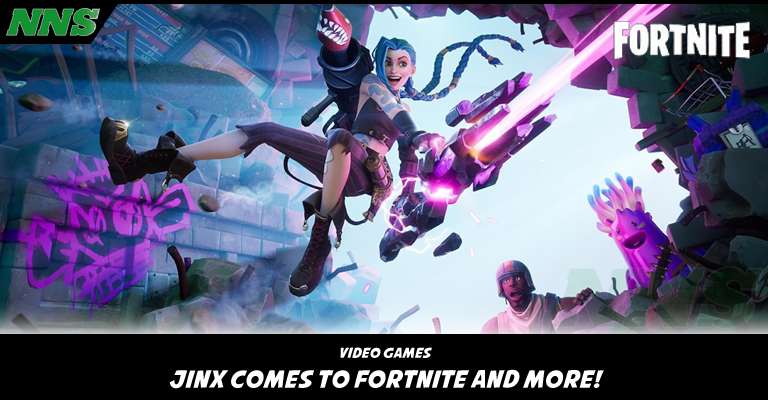 Riot Games and Epic Games are teaming up to bring the popular League of Legends character Jinx into the world of Epic Games most popular property, Fortnite!

On top of the animated series, Arcane, Jinx is everywhere now! This is actually the first League of Legends champion to enter into a non-Riot studio game!

You can pick up an outfit to match Jinx’s costume from the new series Arcane! You can also pick up a “Pow Pow” crusher pickaxe, The Jinx’s Dream Monkey Back Bling, a Jinx Spray, a playground lobby track, and Katchoo! and Wreaking Havoc loading screens.

This is an awesome way to get even more people to discover and enjoy the world of League of Legends!

If you want to jump into this awesome branded experience, then now is your time to do it, because it’s only for this month and to celebrate the launch of Arcane, Riot’s first animated series.

Also coming to the Epic Games Store is a bunch of Riot Games like League of Legends PC, Teamfight Tactics, Legends of Runeterra, and VALORANT!