Sony’s conference was held in a pretty romantic looking church tent with string lights around. Very low-key. They mentioned that this may be fewer new titles and more of the titles already mentioned earlier, but it would be a deeper look into those titles. After so many conferences which were all trailers and no info (I’m looking at you Microsoft), this should be refreshing.

The Last of Us Part II trailer.

We open into the first trailer, which mimics the tent the Sony conference takes place in, where we see Ellie at a party, not really enjoying herself. She makes out with Dina, then the scene cuts to Ellie in the woods with her knife in someone’s neck. We get to see lots of really tense and exciting stealth avoidance tactics paired with up close fights with people you were once friends with, as Ellie is outnumbered and outgunned in the new survival RPG by Naughty Dog.

There was a brief intermission while people moved to the next leg of the Sony experience. During this intermission, there was official confirmation that New Game+ will be coming to God of War, so you can continue with Kratos even after you finish the game!

As we follow the bullet from a sniper’s gun into the jungle, on-screen text explains that this new game will feature remastered maps from Black Ops, with Jungle obviously being one of them. The others are Summit, Slums (my favorite), and Firing Range. You can get immediate access to these maps in Black Ops 3 when you preorder Black Ops 4 from the Playstation Store.

Still in the intermission, there was more talk about Black Ops, where they announced a surprise Playstation game drop of Black Ops 3 later tonight, so if you haven’t gotten around to playing the game, now is the time to get started! 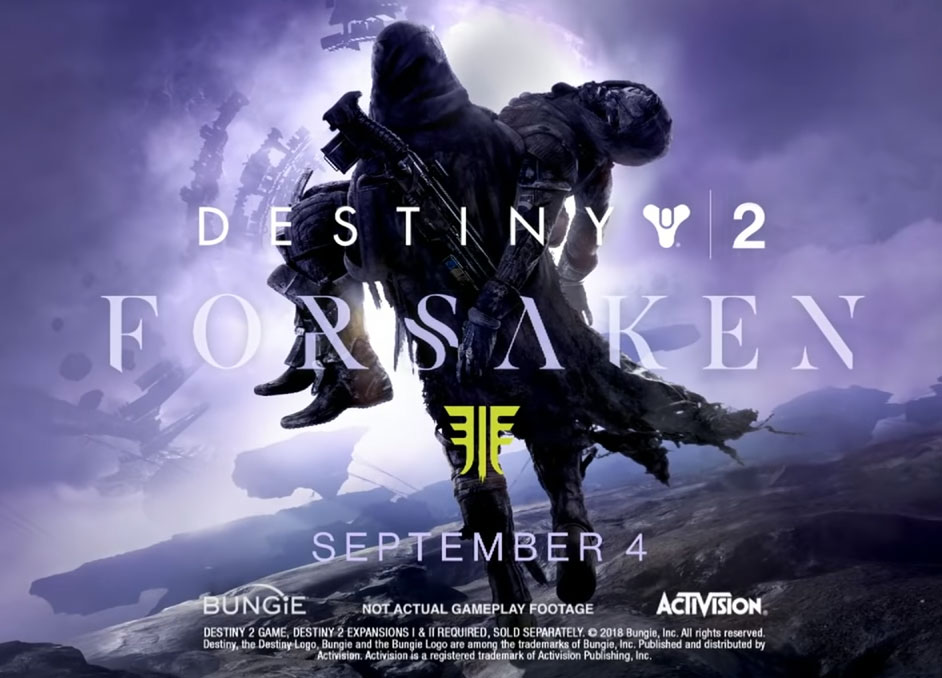 The new area of the showcase was inside a big dome with a huge curved screen for the next trailer. It opens with a beautiful scene of grasslands moving in a gentle breeze, as a man plays the shakuhachi (a type of Chinese wooden flute) to really get people in the mood for this next video.

Set in China during the Mongol invasion, the samurai (Jin) heads to a temple, seeing destruction and death along his path. He happens upon a group of Mongols, and the gameplay fighting ensues. It looks like timing is very important in this fight, considering all the blocks and parries that are featured. The cinematics are breathtaking. You meet up with Masuko and head to the temple to save a monk. When you get there, the gameplay shows off the stealth aspect of the game, where you sneak up on some Mongols and assassinate them, then somehow climb the temple while wearing geta (your wooden sandals), and perform an air-assassination on one of the people torturing your monk. I swore I heard an eagle as Jin landed. This game looks like the next big epic action adventure RPG. No release date was announced, but I’m hoping for next year. 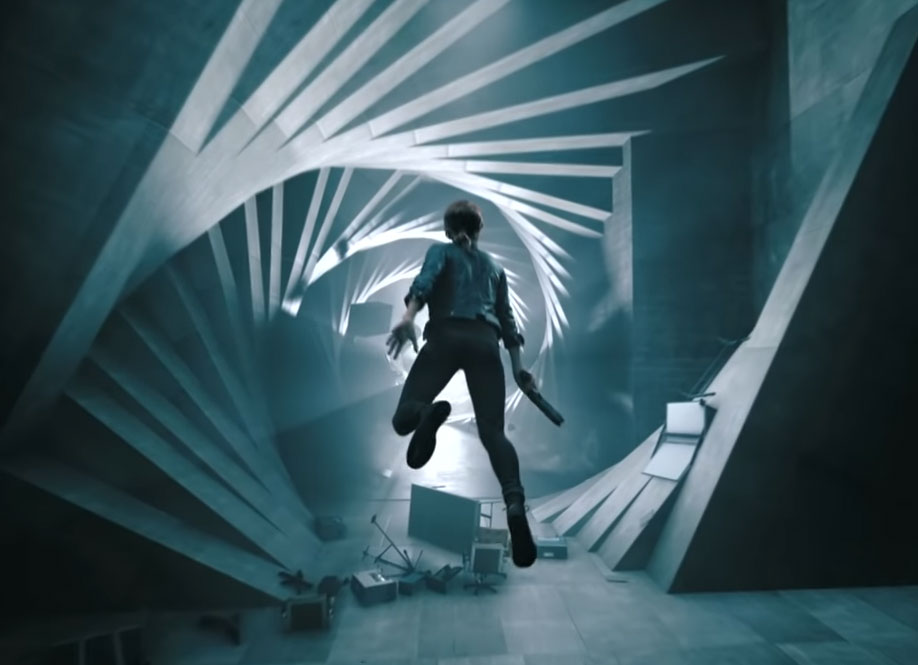 This game looks like something out of an Escher painting, with the guns, walls, and floors shifting and moving constantly. There’s telekinesis, people floating, explosions… I’m not really sure what’s happening here story-wise, but the graphics looks neat. This psychological action shooter will be coming in 2019

“What’s happening? Am I a rat?” is what I thought while this trailer was going. From the first person perspective of a rodent, you run around a pantry trying to get out of the way of all the destruction and chaos caused by whoever is fighting in the room. Based on what the voices are saying, it sounds like a police officer is arresting a criminal. When a shelf falls on Mr. Rat and crushes him, you see that the officer is now being pinned and fighting off the person he tried to arrest…. Who then takes a huge bite out of the officer’s neck. Looking up at the screen is the sickly, rotting flesh of a zombie. And the last thing to go through its mind is the bullet from Leon’s pistol. Resident Evil is back and it’s coming January 25th 2019. 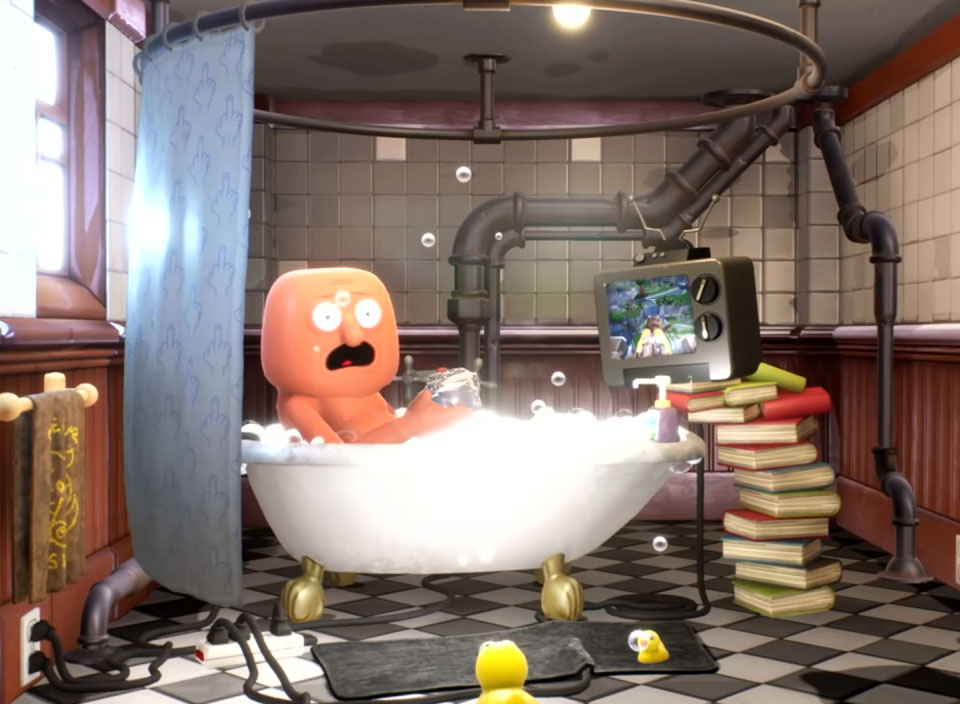 Bathtub Guy introduces this action platformer but dies before he explains anything about it, including the release date.

This one is a new trailer, and shows some new footage from the areas that were covered yesterday (Hercules, Toy Story, Tangled, Frozen), as well as a new area: Pirates of the Caribbean. Coming January 29 2019
Also announced for the first time was a limited edition Kingdom Hearts PS4 Pro, which has a really beautiful keyblade design all over the top, and a single disc game featuring KH 1.5+2.5 Remix, KH 2.8 Final Chapter Prologue, and KH3.

Sam (Norman Reedus) says he just makes deliveries, and then we watch him make deliveries for 3 minutes through different environments (climbing cliffs, wading through rapidly moving rivers, wading through lakes at the base of a waterfall, across vast grasslands), taking so much damage as he does so that he loses a toenail.

Back at his cave, he drops a photo of his family and then freezes when the footprints of a large beast appear before him — minus the beast. This invisible creature is terrifying but ignores Sam when he freezes. Later, he retrieves a baby in a small container that he mounts to his chest. He’s told to get out of the area before he’s noticed, and tries to sneak past more of these invisible monsters with the aid of a blinking fan mounted on his shoulder. You can see humans floating and chained to each other, in the wake of what we imagine is the beast, still invisible to you. Honestly this trailer leaves me with more questions than answers. The biggest one being “wtf even is happening right now” followed closely with “why is there a baby?” No release date announced. 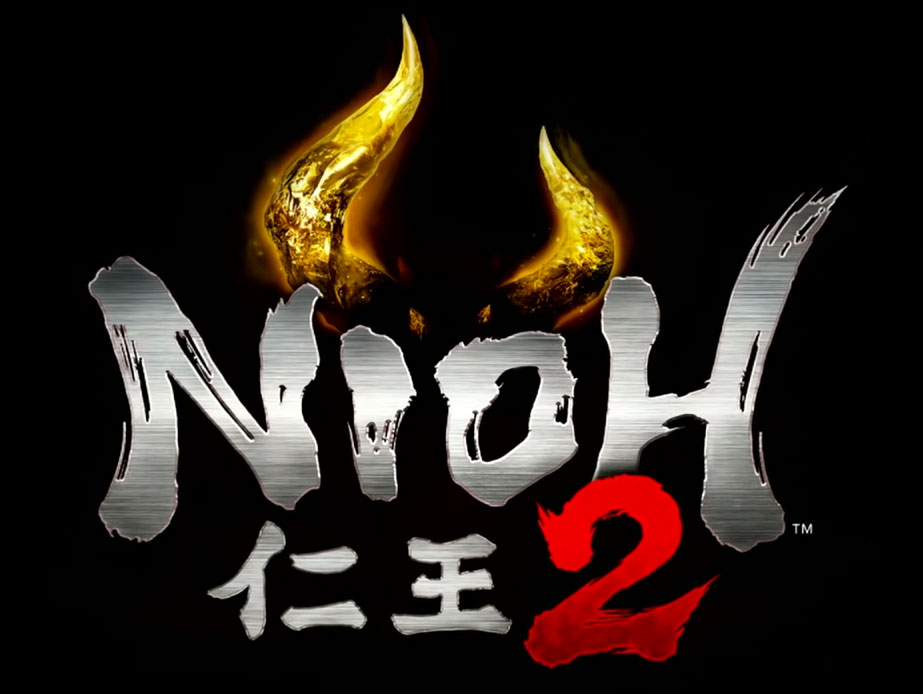 A new, shorter, Nioh 2 trailer, where a samurai fights some demons.

Spider-Man faces all his worst enemies at the same time in this new chapter for PS4. Featured in the trailer were Electro, Rhino, Scorpion, Vulture, and Mr. Negative, along with a secret 6th villain who will remain a mystery. Int he gameplay section of the trailer, we saw action-packed fighting between Spidey and several prisoners reminiscent of the Batman Arkham games (but with more acrobatics). It looks smooth and you can easily transition between enemies in a fight, aided by your webs and spider sense.

Sony definitely delivered on their promise this E3, with more in-depth trailers of their previously announced upcoming titles. I really enjoyed the immersion that they went for with each new video.

Tomorrow’s conference is Nintendo. Will it live up to the hype?