Ubisoft kicks off with one of the most anticipated titles this year: 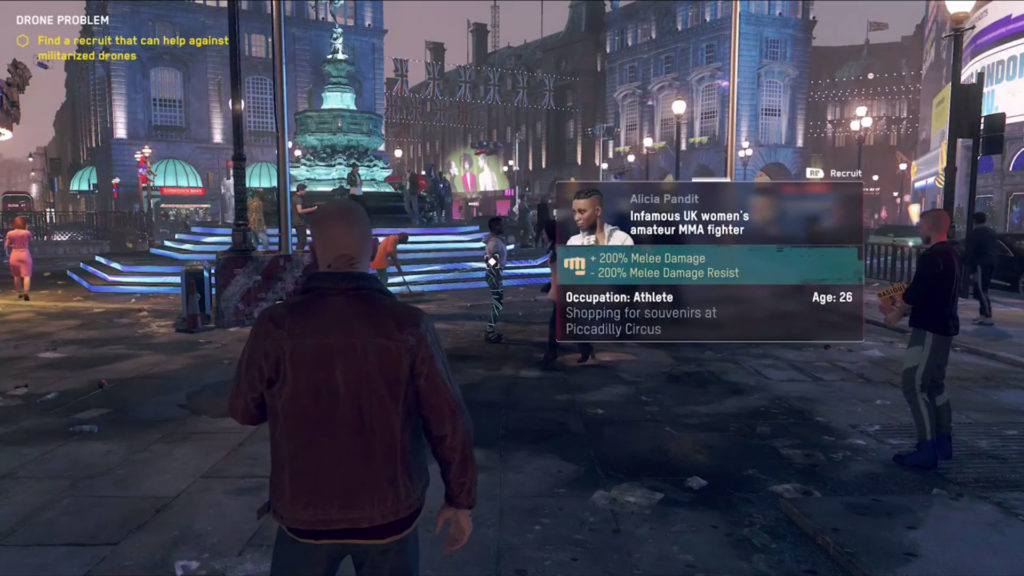 Set in a militarized London, you play as an array of resistance members who are trying to take back what they can. In the gameplay trailer, it shows you playing as Ian, a resistance fighter, who is attempting to recruit people to the cause. He finds someone who can help deal with the drones in the area, but he’s getting beat up. You step in to help, but the drones follow you to your safe zone and knock you out, resulting in a permadeath. Time to switch characters! Let’s see how little old lady, Helen Dashwood is faring. She’s a retired Police Engineer and a hacker. Picking up where Ian left off, Helen is now off to find that drone expert, Jimmy, Ian scanned earlier on. Helen heads into the Metropolitan Station to retrieve the drone expert’s files, using her hacking skills and spider drones to get to restricted areas and take out the guards. Once Helen gets the files, it’s time to get an assassin over to the area our drone specialist is hanging out. Our resident assassin is Naomi Brooke is on the scene. We find out that Jimmy’s sister was killed by Clan Kelley, and he’s in Camden Market seeking revenge for her death. Naomi sneaks through areas and even managed to get on top of a drone to make it past some barriers. She eventually makes it to Jimmy, and has a pretty intense battle that ends with them escaping and her convincing Jimmy to join DedSec.

This game brings what we’re used to about Watchdogs and takes it to a whole extra level, where virtually anyone is a playable character with their own abilities. Recruit anyone and everyone to the resistance, and work together to take down Albion.

Mythic Quest: Raven’s Banquet
Rob McElheny announces his partnership with Ubisoft to create a new comedy show about a team of developers as they experience the challenges of creating a game and navigating a modern office life. It’ll be exclusive to Apple TV+ so be sure to tune it when it goes live. 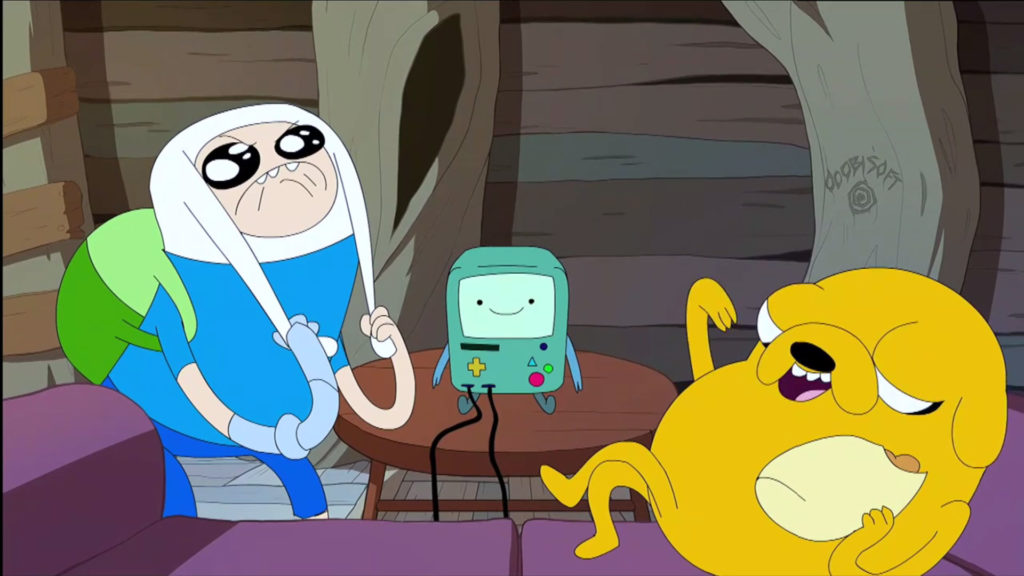 Jake and Finn join the Brawlhalla roster in the newest update to the massively multiplayer online fighting game. This update also includes a new Buddy game mode, and a new Tree Fort stage. It’s free to play on consoles and PC and the new Adventure Time addition is available now.

This open-world stealth-action shooter takes place in Auroa, a massive island with many biomes, from forests to snowy mountains. Skell Technology has decided to use this place to set up an array of high-security eco-cities to test their research. Colonel Walker and his team of Wolves have taken over Auroa and it’s your job to take them out. This game features jump-in jump-out co-op in addition to the usual solo mode, and has a lot to explore and experience aside from the main mission. Additionally, we’ll be seeing the return of the AI teammates for solo mode!
Check it out October 4th, 2019 with a beta on September 5th. Register on GhostRecon.com.

Express and share your experiences in the new community with Ghost Recon: Delta Company. Cosplayers, fan artists, and writers are all welcome to join and contribute. Apply here (https://ghost-recon.ubisoft.com/game/en-us/delta-company)

For Honor: Shadows of the Hitokiri 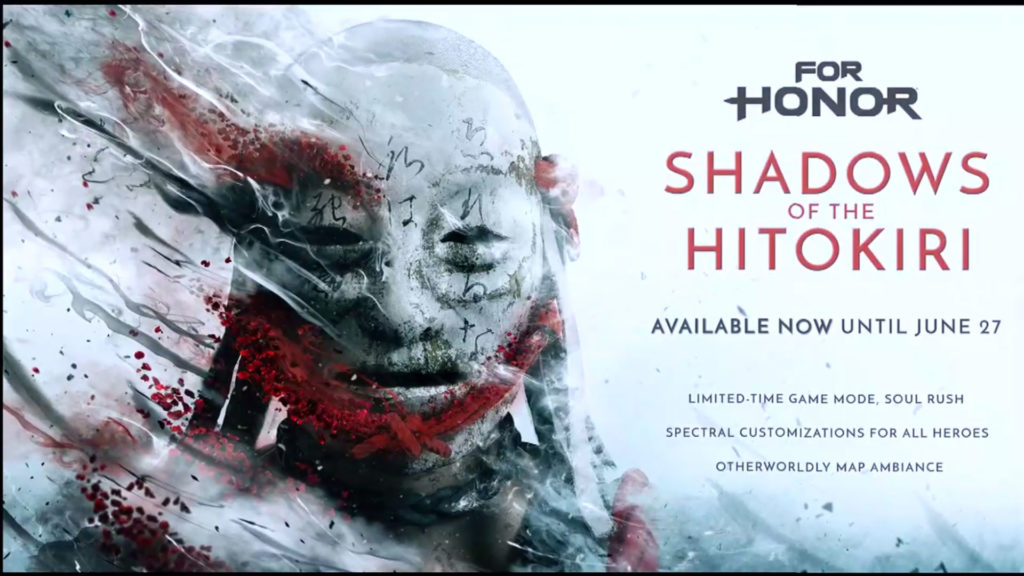 A limited time in-game event, fight off Sakura, the Spirit of Death, and free the village from her curse. This new event will also net you some sweet spectral customizations, a limited-time game mode called Soul Rush, and spooky map ambience. Available now through June 27th.

Rainbow Six: Quarantine
Three player tactical co-op, where you face off against an unknown and deadly parasite, coming early 2020 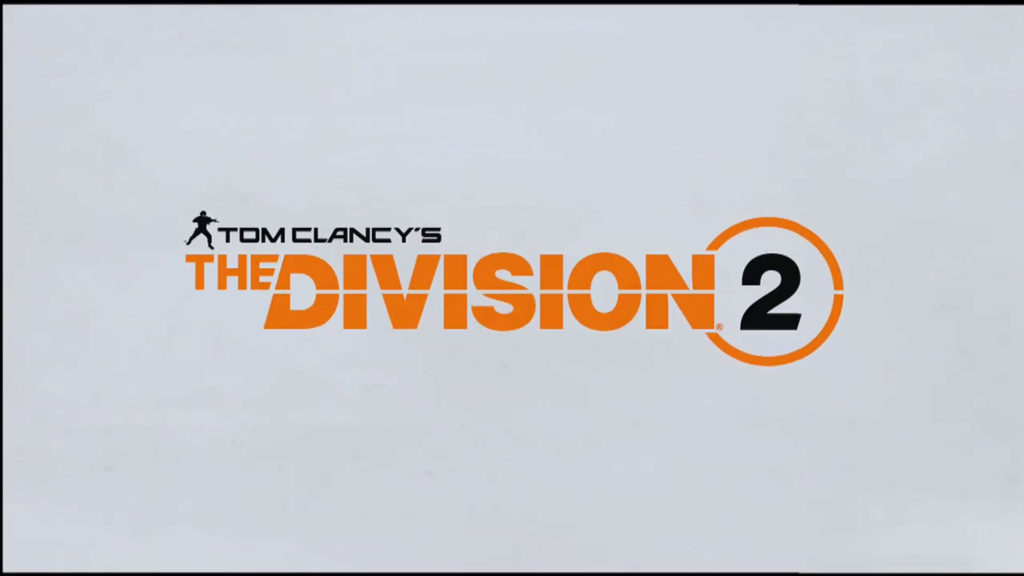 This week only, between June 13th and June 16th, The Division 2 is free to play! Now’s the time to get into it if you haven’t already done so. And just in time for a new update: Episode One is coming in July, and you can expect new main missions, and a new game experience. The fight will take place outside the city for the first time ever. You’ll get to see incredible new locations. Venture into the woods to lead an attack on a presidential compound, and bring in a traitor. Visit the zoo, where you hunt down the Outcast leader. Then finally, pack up your books, cuz we headin’ to school! The last area on the tour is Kenly College, where you use your brain skills as much as your trigger skills. Investigation and logic will be your best assets in this new way to play, as you’re trying to figure out what happened to a military convoy that went dark.

Episode Two, coming this fall, brings us to The Pentagon, which has fallen to the Black Tusks, who plan to reveal all its secrets to the world.

In the fall, we can also expect to see the second 8-player raid of the game. There isn’t any real info on what, where, why, or who… but hopefully we’ll get more on this new raid, soon!

Episode Three
“What if rebirth was not about bringing life back as we know it, but the opposite?”
Take part in the manhunt to bring down the person capable of such a terrible ability. Coming early 2020.

Also announced was a new Netflix exclusive movie of The Division, starring Jessica Chastain and Jake Gyllenhal, and will be directed by David Liech. There will be more info on this soon, hopefully.

Roller Champions
A team-based PvP sports game where you can create your own story. Check out the pre-alpha from June 10th through June 14th.

Gods & Monsters
A new game from Ubisoft Montreal, creators of all the history games, focuses on mythology instead of actual human history. We got to see a teaser of this new game at E3. “When heroes need help, they turn to the gods. When gods need help, they turn to you.”
Partake in an epic adventure through Greek legends, striving to save the Greek gods from mythical monsters. Go head to head with titans, solve puzzles, and crawl through dungeons on February 25th, 2020.

Similar to Xbox Game Pass, you get access to new game titles, including the premium editions with the additional content they offer. You also get access to the PC catalog, with over 100 games available at launch. It’s only $14.99/month, which isn’t bad for the ability to stream that many games whenever and wherever you like. In 2020, UPLAY+ will be available on Stadia.

What did you like? What did you wish you saw, but wasn’t here? Let us know in the comments!