Bethesda’s conference started off with a lot of touchy-feely “we are Bethesda” community appreciation. I think because of how bad last year’s “If you don’t like Skyrim, stop buying it” fiasco went. It’s really nice to be appreciated, but please, let’s get into some meat and potatoes. Which sounds delicious, honestly. Hold my beer while I get some. 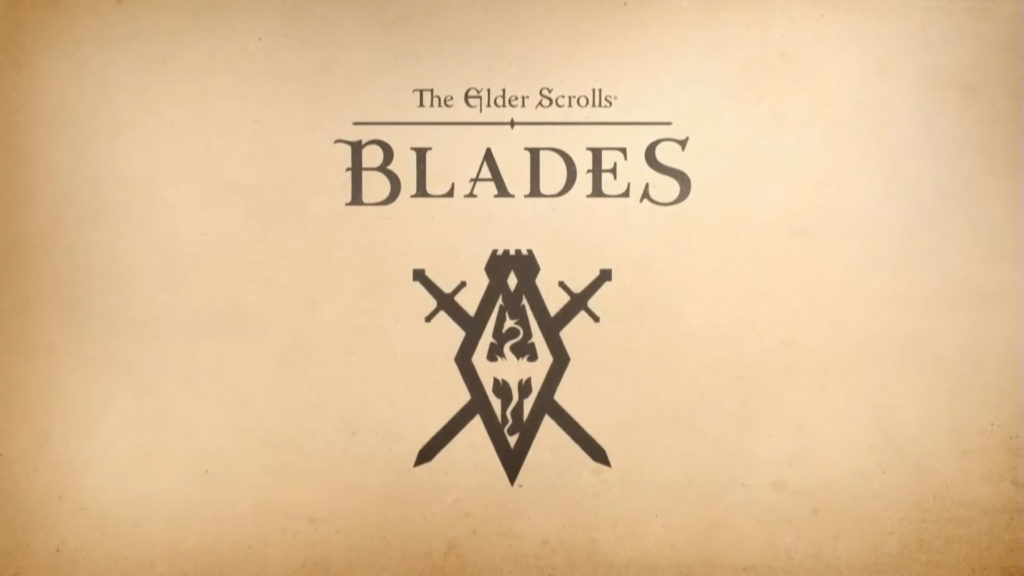 Here’s the part I’ve been waiting for: Blades is coming to Nintendo Switch! The Switch version of Blades is cross-play and cross-progression with the Mobile version. You can start on Mobile tonight, and all your progress will carry over. 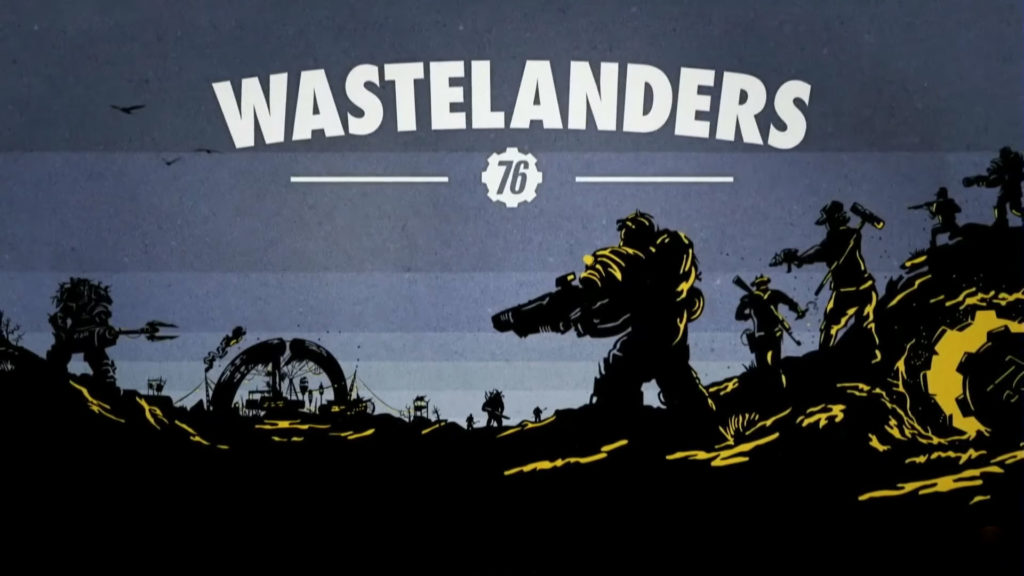 Wastelanders is anticipated to fundamentally change the game. You’ll see the return of human NPCs, new main quests, full dialogue trees, consequences for your actions, and some new weapons and gear. The new update is free for existing players, and will be available this fall. 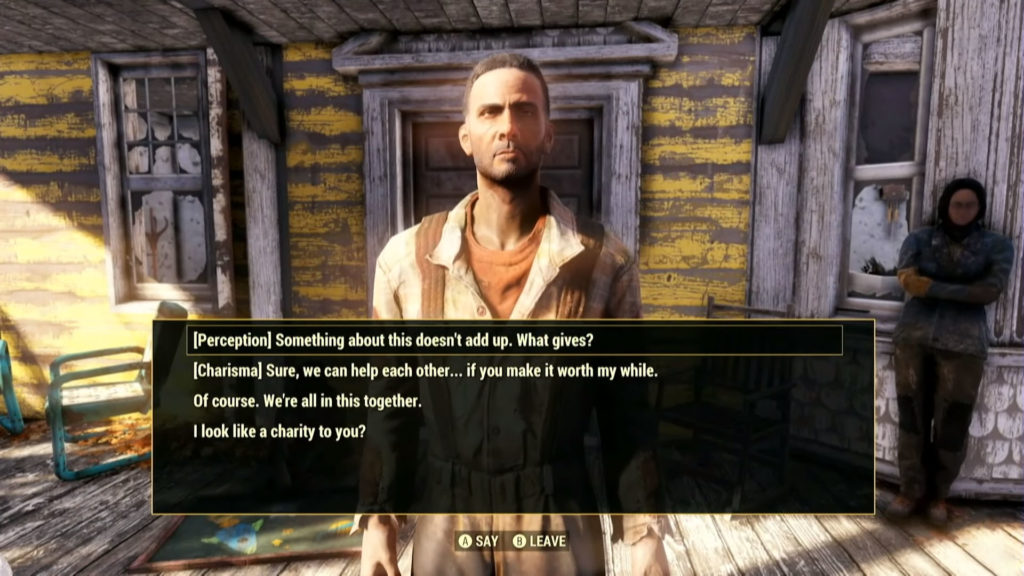 “Year One was about the vault doors opening, and all of you settling the wasteland. Year Two is about people coming back to reclaim it.” — Tom Mustaine

The NPCs have their own stories and goals, and your choices matter, just like in previous Fallout games.

There’s a new game mode coming, as well. It’s called Nuclear Winter, where you find Vault 51 and try to run it as overseer. The vault is in chaos, and needs a new leader. With so many people vying for that role, the only clear method to choose is massive, 56-player, free-for-all, fight to the death. That’s right, kids…. BATTLE ROYALE! The sneak peek will be coming June 10th. You’ve got camp building, you’ve got wasteland monsters, you’ve got shooting people in the back with a crossbow, and you’ve got… of course… nukes. 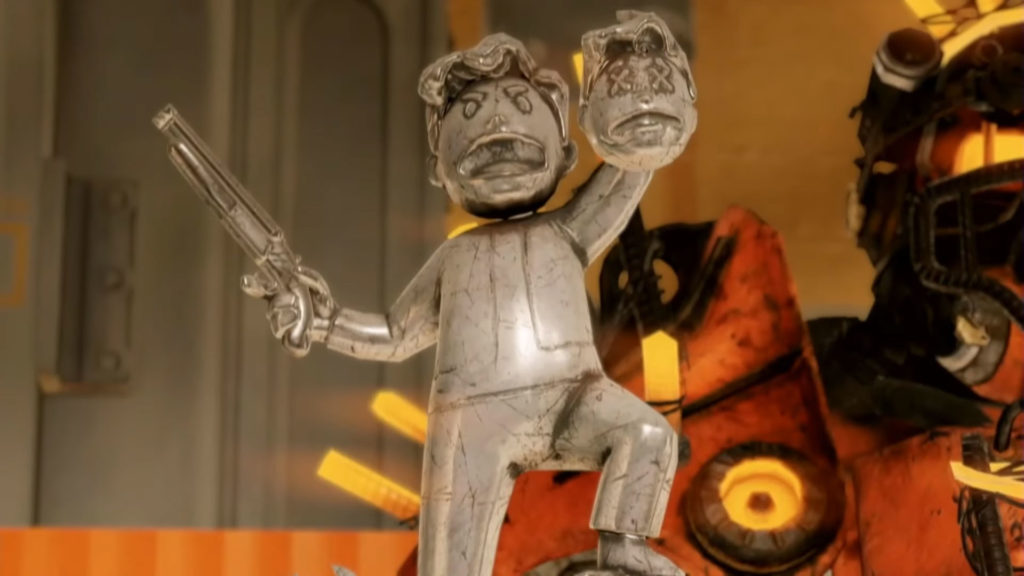 For a limited time, Fallout 76 will have a free trial. From June 10-17, you can get into the wasteland and give it a shot. With all the flack that 76 got at launch, with people up in arms about it being a crappy Fallout game, this looks like a good attempt at redemption. They’ve made great strides to recreate 76 in a close image to what fans were expecting (especially with this new update), and the free week online will give us a chance to see for ourselves without potentially wasting the cash on a download. We would also get to play the battle royale mode sneak peek and see if it’s actually worth it. 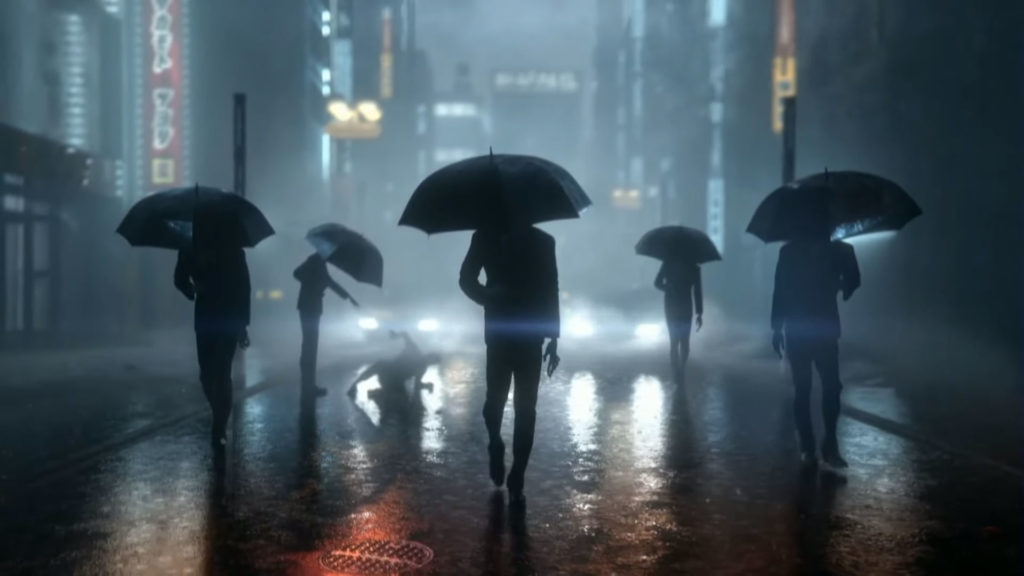 Founder of Tango Gameworks, Shinji Mikami and Creative Director, Ikumi Nakamura talk about their upcoming action-adventure thriller, where you’re up against the supernatural. People are disappearing, and you need to find out why. While exploring the world, you’ll encounter many strange things, and need to determine if it’s normal or paranormal. No release date was announced, but it looks super spooky! 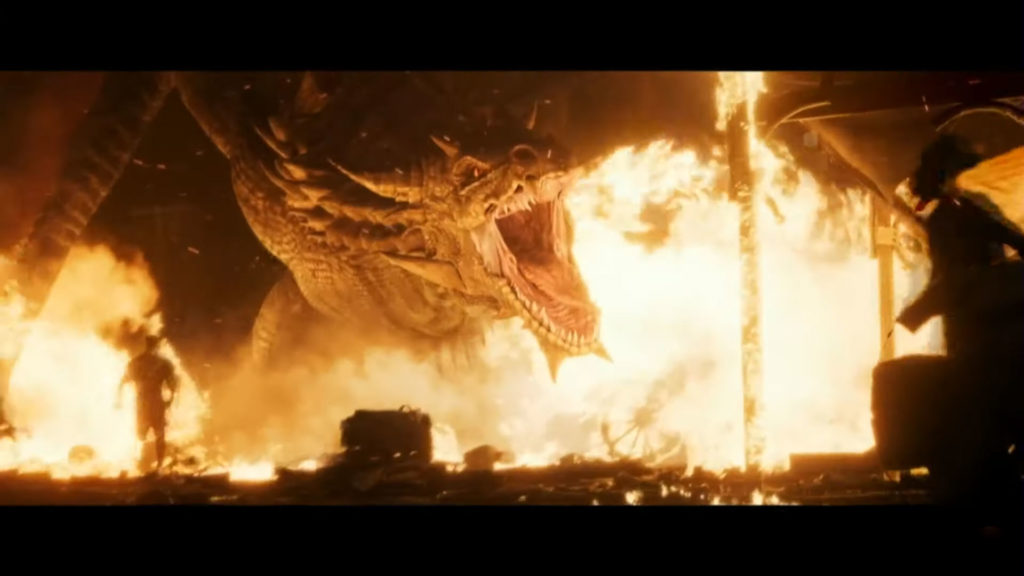 Studio Director, Matt Firor gives us a little more about the most recent update, where we got to enjoy the land of Elsweyr and the new Necromancer class. We’re still sitting in the Season of the Dragon. Earlier in the year, there was a video to explain how dragons came to Elsweyr, but it ended on a cliffhanger. Bethesda showed us a follow-up trailer to supposedly bring that mystery to a close… but that also ended in a cliffhanger! How did dragons get here? What happened? I thought that one was killed, so why is it flying off? Hopefully we’ll get another video again soon to help get us some closure. Or maybe they’ll just make a movie.

In the video, you see the leader of the new Dragonguard characters, Sai Sahan. He’ll be featured in the new story DLC called Dragonhold, which will finish off The Season of the Dragon. More info on Dragonhold will be revealed later this summer, but in August we’ll get to see a new dungeon adventure called Scalebreaker. We still don’t have a ton of info on this DLC, but we do know that it features two new dungeons that face you off against more dragons! 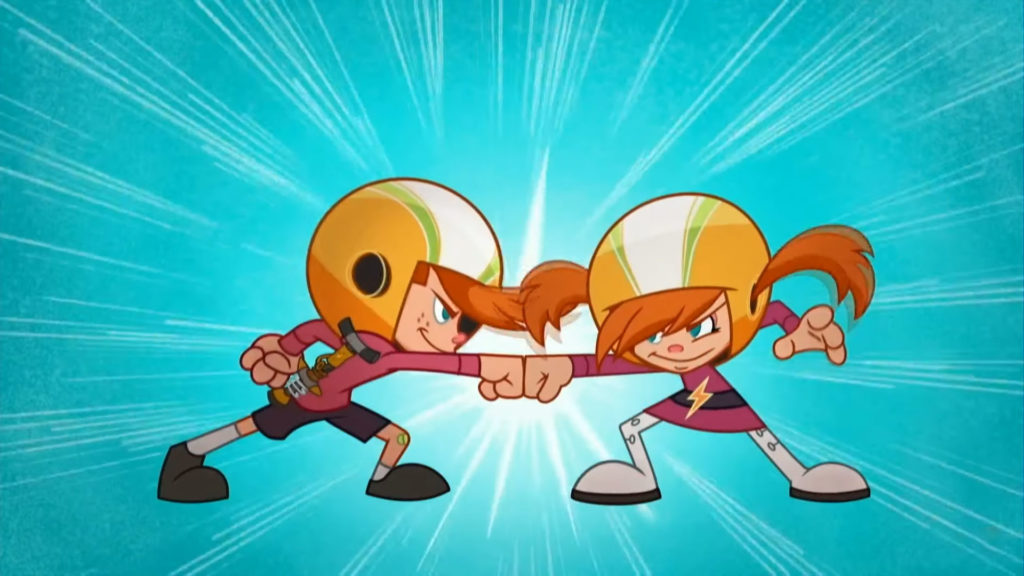 This is like a Saturday morning cartoon, but on your mobile phone. This is a modern recreation of the old 90s PC game by the same name, where you play boy genius, Billy Blaze, who protects the world with his superhero alter ego, Commander Keen. In this new adaptation, you play as twin geniuses with very similar names. Billy and Billie build gadgets from household items to fight the bad guys and save Earth from aliens. In Story Mode, you can collect power-ups and explore Mars. You can also go 1v1 in Battle Mode. Battle Mode is closer to Capture the Flag, where you go in real time against another player to race through an alien landscape and collect checkpoints, eventually reaching the flag. The soft launch is this summer, so keep your eyes open on the app store and GOogle PLay. Visit GoKeen.com for more info and to receive in-game rewards.

A collectible card mobile game, you can either do a quick match or game all night. The trailer showed someone getting into the game in a coffee shop, then being transported to a bar in Tamriel. He finds his way to a back room for a one-to-one match with a mysterious woman. They play for a bit, then he gets a calendar alert and is suddenly back in the cafe. BUT WAIT. THERE’S NOW A DRAGON. Maybe this is how dragons got to Elsweyr. Some kid decided to mess with the world with dimensional travel via a mobile card game. If you were really into Gwent, you’ll probably dig Legends. It’s available on the App Store and Google Play now.

The next expansion of Legends, Moons of Elsweyr, will be available on June 29th, for PC, Mac, mobile, and tablet.

You’ll see new enemies, new gameplay modes, new cheat codes, like Bloody Mess, which creates a stain where your enemy was, and Low Gravity, which allows for super jumps. We can also expect a pilotable mech suit, and some sweet new rides: the skull motorcycle, and The Armadillo. 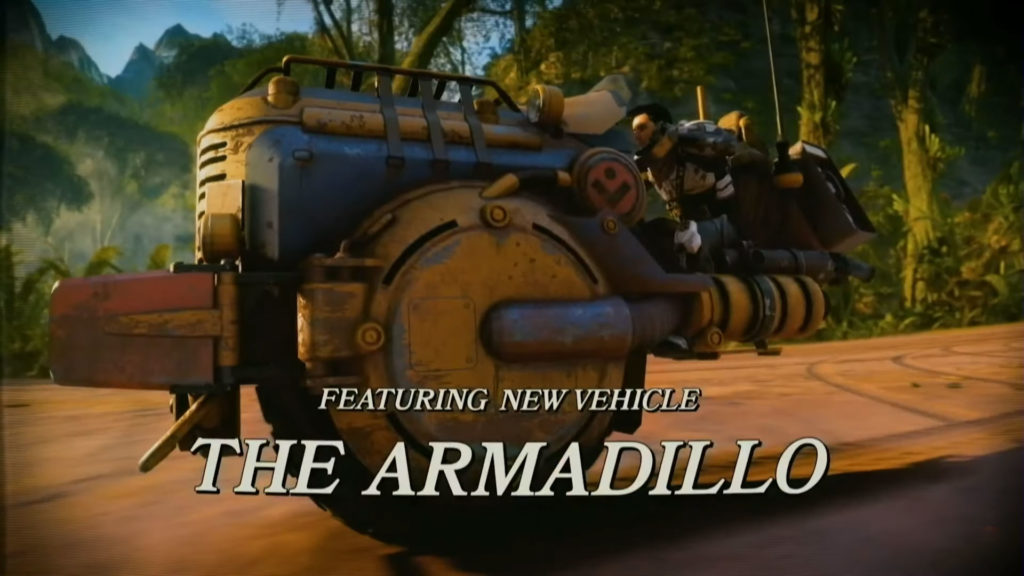 And the new expansion called The Rise of the Ghosts will bring in a whole new enemy faction, new weapon abilities, and new areas to explore. 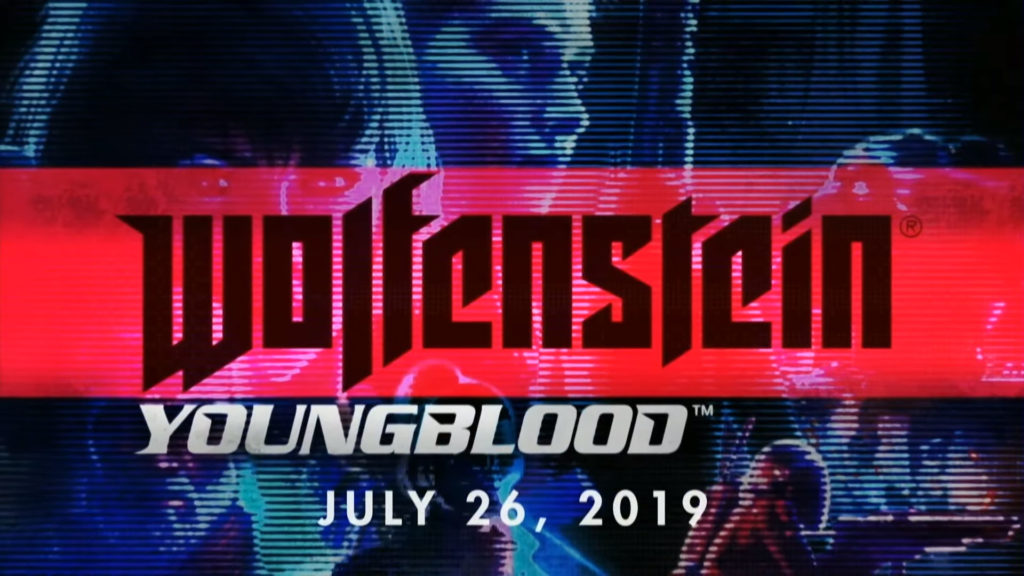 Executive Producer at Machine Games, Jerk Gustafsson tells us that we’ve got two new Wolfenstein games coming, which take you back to Europe.

Coming this July, we’ve got Wolfenstein: Cyberpilot. A VR game where you play as a hacker working for the French resistance, you hack into and pilot Nazi war machines and use them against the Nazi scum who made them.

We’ll also be seeing the launch of Wolfenstein: Youngblood. With Youngblood, you’ll get more weapons, more ways to customize your playstyle, and more Nazis to kill. You can even kill them with a friend, with the new 2-player co-op mode. Set in the 80’s, you play as twin sisters who are off to rescue their father from Nazi-occupied France. Help the French Resistance liberate themselves from the Nazis in this epic FPS, releasing July 26th, this year, on Xbox, PS4, Switch, and PC. 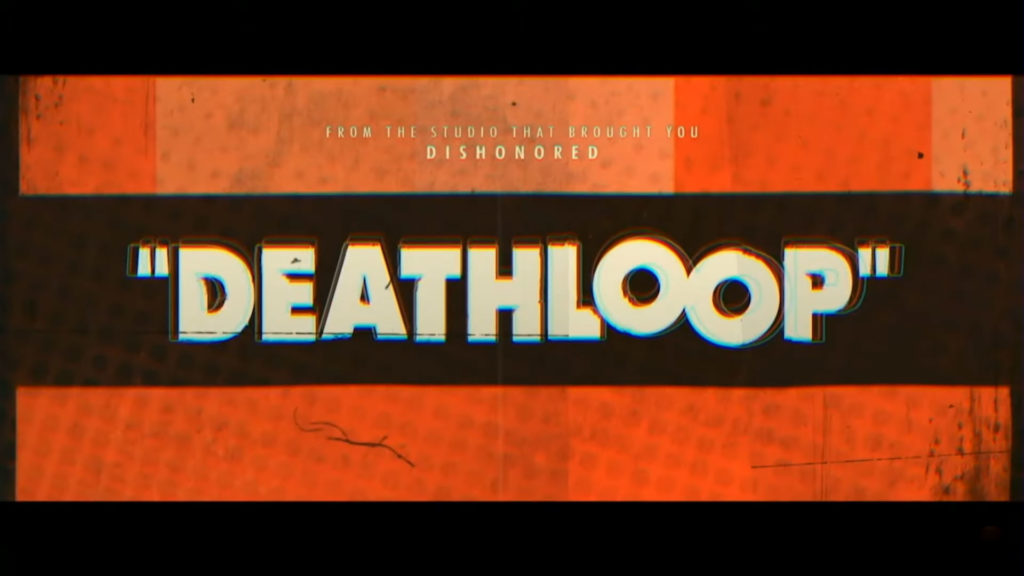 Game Director, Dinga Bakaba, and Art Director, Sebastien Mitton from Arkane Lyon announced a new FPS that they claim will be something innovative and artistic. Taking place in Black Reef during a “time of madness,” you have two rival assassins, Colt and Julianna. Colt considers himself and those around him as trapped in an endless cycle, while Julianna believes that this is a place where we’re all free. Her goal is to protect the cycle, while his is to break it. The only way for that to happen is for one to kill the other.

Explore Heaven and Hell in this newest iteration of Doom, as you strive to save the world from demons. More monsters, more gore, and more brutal death animations. Also new to Doom is the multiplayer experience, Battlemode. Two player-controlled demons, one slayer. Fight to the death. Each demon has different move sets, abilities, and strategies. 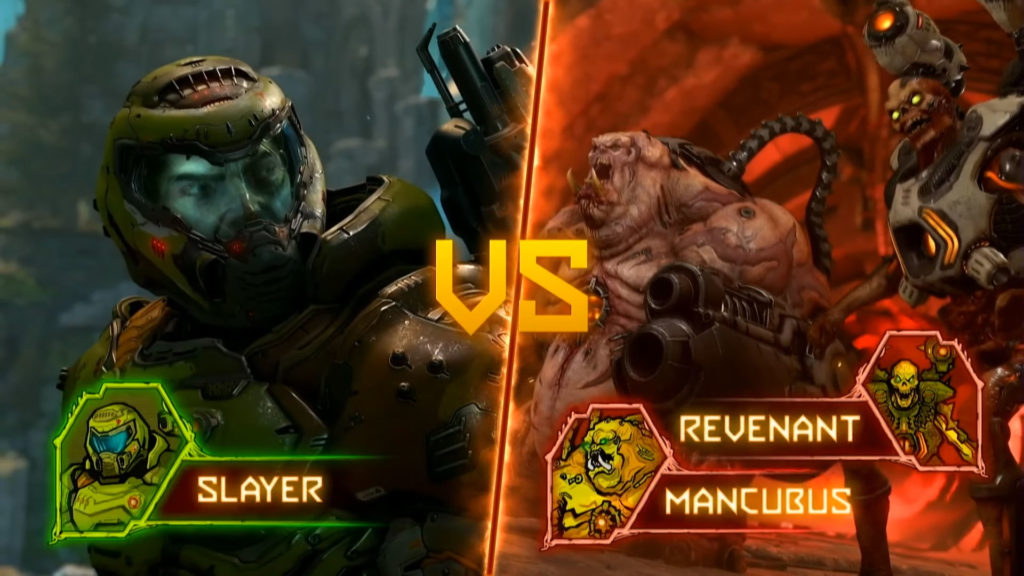 Doom Eternal finally shakes the joke of being called “Eternal” because we have to wait an eternity for it to come out. It has a release date of November 22nd, this year. Let’s hope it’s not another Duke Nukem Forever and the date stays in place!

The Doom Eternal Collector’s Edition comes with a wearable helmet, so be sure to snatch that up ASAP with a preorder.

As far as the Bethesda announcements go, we have a ton of great games, some not so great games that might have turned into great games, and a weak middle finger at the games we wanted actual info on: Starfield and Elder Scrolls 6. Here’s hoping for more info on those later in the year, but I won’t hold my breath. What are you most excited for? Let me know in the comments!