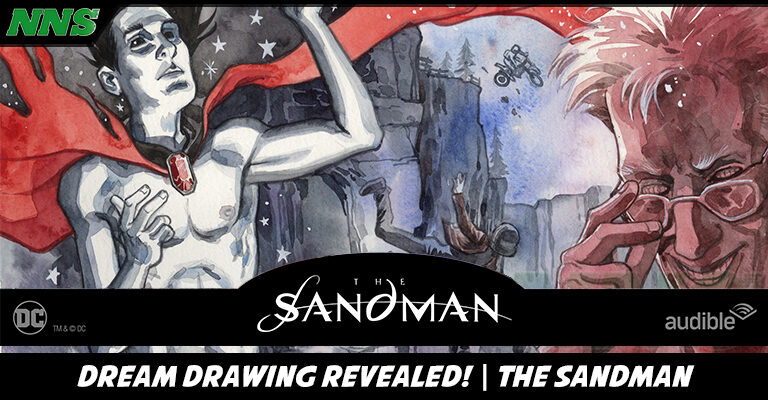 Over a lifetime, a person may dream for five or six full years.

What do our dreams actually mean? According to Freud, dreams are imagery of a wish or impulse from childhood that has since been repressed. He thinks studying dreams helps understand the unconscious mind and repressed wishes.

It turns out that 95% of dreams are quickly forgotten, but there are a few rare dreams that I’m sure you can think of that have stuck with us for a long time. Some people write them in a journal, others use them as inspiration for their art, and a few like myself had to take action in order to stop the nightmares from coming.

Recently, to celebrate the first audio adaptation of The Sandman, DC announced they will be offering fans the opportunity to have their wildest dreams come to life through their new campaign, Drawn from The Dreaming. You can read all about it in our article HERE.

A few years ago, I had a series of three nightmares in a row. One each night that made me each night be more and more accepting of my own death. From what I remember, each night I was on a different vehicle of sorts. A snowboard, a motorcycle, a car. And each time the same thing happened, I would go too fast around a mountain corner and as much as I tried to avoid it, I would fall off to my death. Each time being more accepting of my death, which was terrifying for me when I woke up. 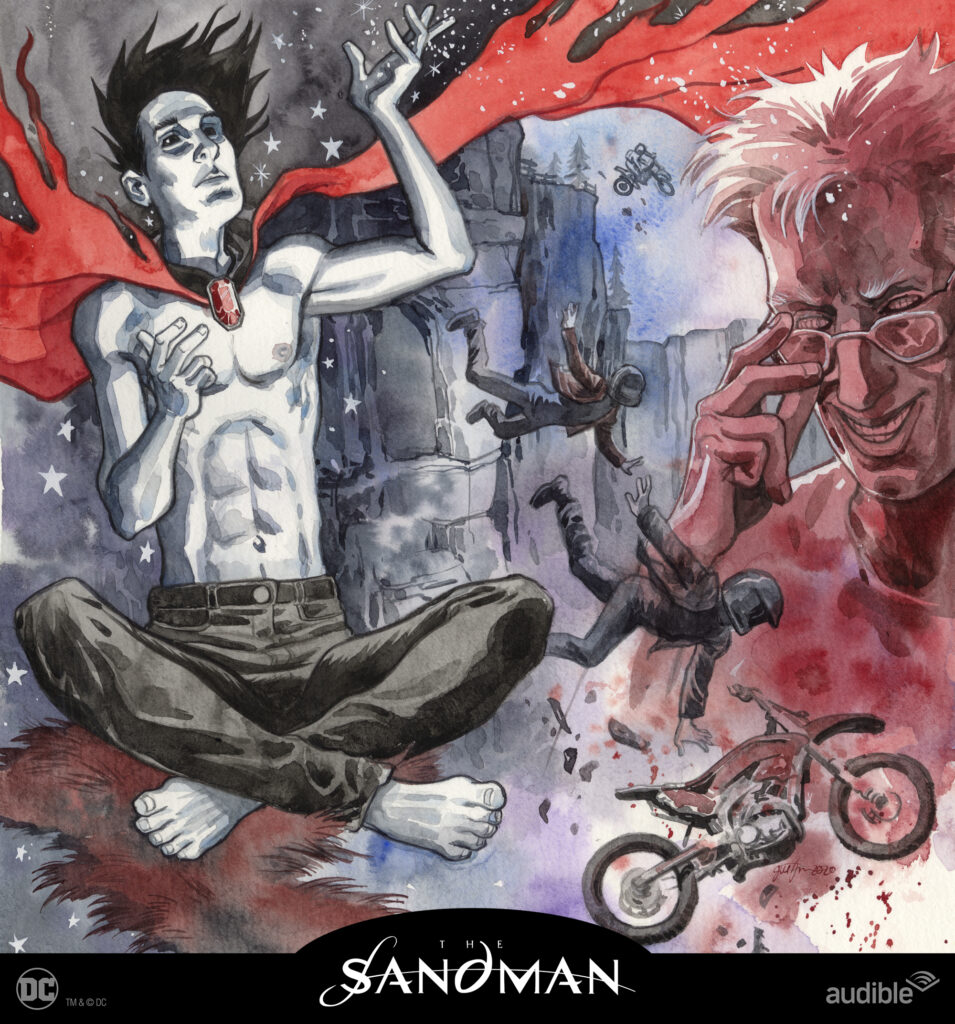 Every night we leave behind the world of mortals and enter the realm of Sleep and Imagination. Here’s an illustration of one of my visits to The Dreaming. Call 515-SANDMAN for a chance to have your dream drawn, or enter your dream on the website HERE.

Dream drawings will be featured in an Instagram dream gallery, @DrawnFromTheDreaming, and fans will be tagged in their customized artwork. Everyone who submits a dream will be rewarded with an exclusive free audio episode from The Sandman, including a brief overview of the story so far, told by Neil Gaiman himself, only on Audible.

The Sandman is one of the staples in comic book reading history. If you haven’t read it, nows the time to listen.

The story is adapted and directed by Dirk Maggs and narrated by Neil Gaiman, who serves as creative director and co-executive producer, The Sandman Audible Original features a powerhouse cast led by James McAvoy and includes Riz Ahmed, Kat Dennings, Taron Egerton, Bebe Neuwirth, Michael Sheen, Andy Serkis, and more. The first installment of the multi-part original audio drama series is set for release on July 15 on Audible.

What is your most memorable dream? Have you read the comic series The Sandman? Are you looking forward to the audio adaptation? Let us know in the comments and we will catch you next time, same Nerd-Time, same Nerd-Channel.