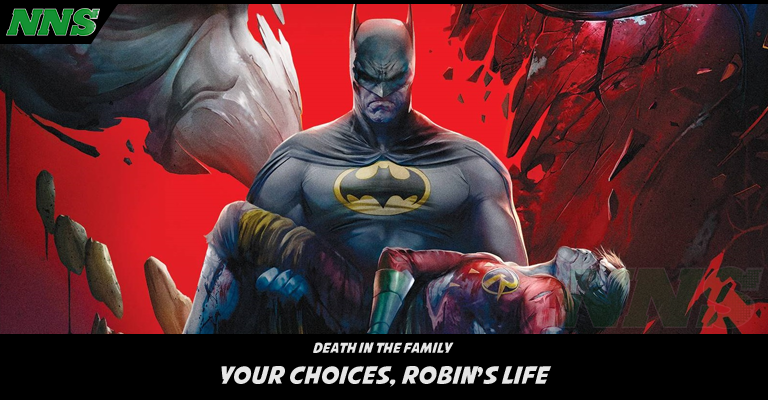 DC Comic causes some stir in 1988 when they gave fans of the Batman series the ability to choose if the current Robin, Jason Todd, lived, or died.

With the votes polled, the comic book, Death In The Family, came to be, and Jason Todd was “murdered” in the book by the Joker in a surprisingly violent and brutal manner. This isn’t the worst thing to happen to a Robin though, as Tim Drake also was destroyed by the Joker as seen in “Batman Beyond: The Return Of Joker.”

This decision however was robbed from the vote when the villian, turned vigilante Red Hood was revived once more, but played by Jason Todd.

Now a new generation of Batman fans exist who never got that same choice the people did in the late 80s. With that in mind, DC and Warner Bros Home Entertainment want to correct that with their new interactive movie of the same name as the titualar story, “Batman: Death In The Family.” The film adapts the original story from Jim Starlin and Jim Aparo, but puts each viewer into their own choice of what should happen, and connects to the other film, “Batman: Under the Red Hood.”

Do you have it in you to once again kill Jason Todd, or can you make the choices that ultimately saves his life?

This movie, “Batman: Death in the Family,” will be available for digital purchase, and on both Blu-ray October 13, 2020. However only the physical copy will be interactive, and allow you to choose the fate of Jason Todd.