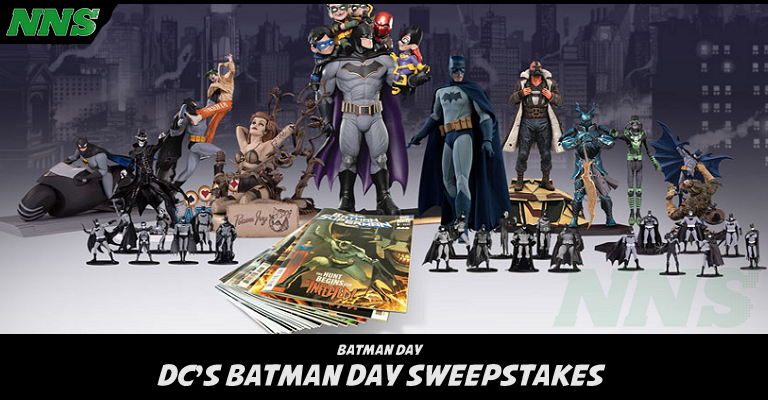 With Batman Day today, DC fans are out all about celebrating, including some in Los Angeles are running a Batman 5k!

To help all the Batman fans around the United States though, DC has started a sweepstakes for the Caped Crusader. They will be handing out almost $1500 of official Batman themed collectibles, toys, and comics!

If you haven’t yet, the prize pool allows one entry per day, so fill out that form multiple times on different days, as the contest continues on until October 21st, 2019.

The Winner will receive this package:

Head on over now to be able to sign up Here, and remember to go back multiple times over several days!