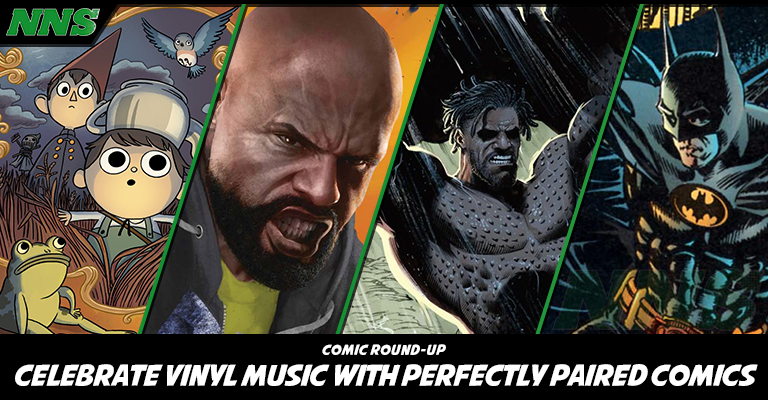 Music is extremely powerful. It has the power to unite, heal, excite, and scare.

In my opinion, music originally came from animals in the wilderness harmoniously existing together with their unique sounds and pitches mixed with the other sounds of nature such as water flowing, and wind rustling the trees.

Through evolution of different animals having to exist in the same space together, they had to develop their own pitches so their communication sounds could be heard over the other animals in the same area. Making a beautiful symphony.

Some animals, like frogs, can get on the same harmony and timing so they sound like a giant frog to and so prey could not pinpoint the location of a single frog thus keeping the frogs in safety while still communicating.

Later with human evolution, hand made instruments with wood, string, and metal were conceived. And after that, synthetic sounds were created that can sound like anything we can dream up!

There have been a few bands that have creatively combined music and comics, such as Coheed and Cambria and Dead by Midnight. TODAY… being National Vinyl Record Day, I will be recommending my very bias and most favorite comic book series specifically to their vinyl record combos.

Note: Unfortunately a lot of the links to the vinyl are sold out. Congrats if you are already a proud owner! If not, you can hopefully find them on eBay, Amazon, etc. Or if you want to listen on streaming music, you can just pretend it’s the vinyl.

OVER THE GARDEN WALL 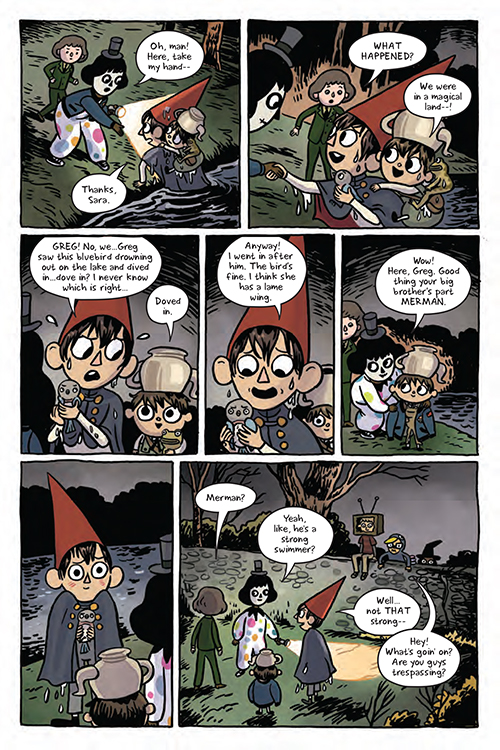 Comic: Two lost brothers venture across a strange forest and discover incredible and bizarre things on their journey home in a style reminiscent of The Wind in the Willows and Sleepy Hollow.

Return to the Unknown with new Over The Garden Wall stories that expand the world of the Emmy Award-winning Cartoon Network series. Writer and artist Jim Campbell spins a tale that follows Greg and Jason Funderburker as they traverse the Unknown and find new friends along the way. Meanwhile, the Woodsman’s daughter Anna, wanders alone in the Unknown after her father is tricked by the Beast. Written by Amalia Levari with artist Cara McGee—find out how Anna learned to survive on her own as she starts her journey to save her father before his fate is sealed. Both of these stories are something no Over The Garden fan will want to miss!

Vinyl: Produced by the composers themselves, this album features 32 tracks, a mix of song and score from the mini-series. Pressed on 180 Gram Vinyl, featuring original artwork by Sam Wolf Connelly, and a 20 page booklet featuring lyrics from every song, as well as sheet music, so you can play along! This release is essential for fans of the show… and that’s a Rock Fact! 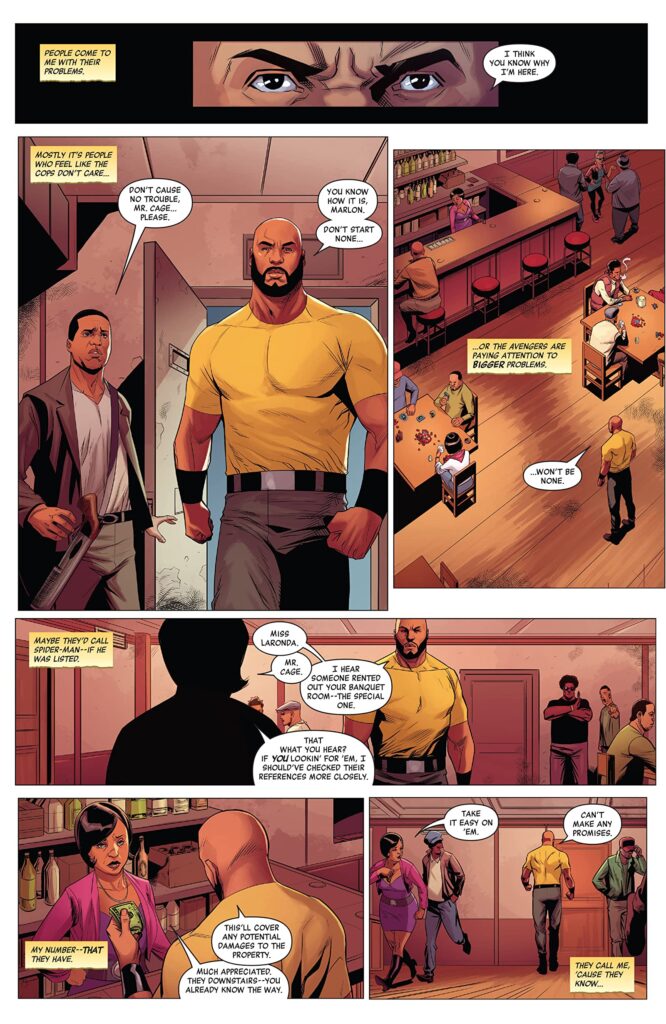 Comic: CAGED VENGEANCE! Dr. Noah Burstein, the man who made Luke Cage into the unbreakable hero he is today, is dead. When Luke goes down to New Orleans for the funeral, he finds The Big Easy to be pretty &$#% difficult. Mysterious billionaires, a woman with a secret, amped-up gangs and a shadowy figure all lead Luke to the conclusion that there’s more to his father-figure’s death than meets the eye. He’s looking for answers, and it’s a bad day for anyone in his way!

Vinyl: “We sought to create a score that reflects the world of Luke Cage. We see this world as a place where classic cinema meets classic Hip Hop,” said composers Ali Shaheed Muhammad and Adrian Younge. 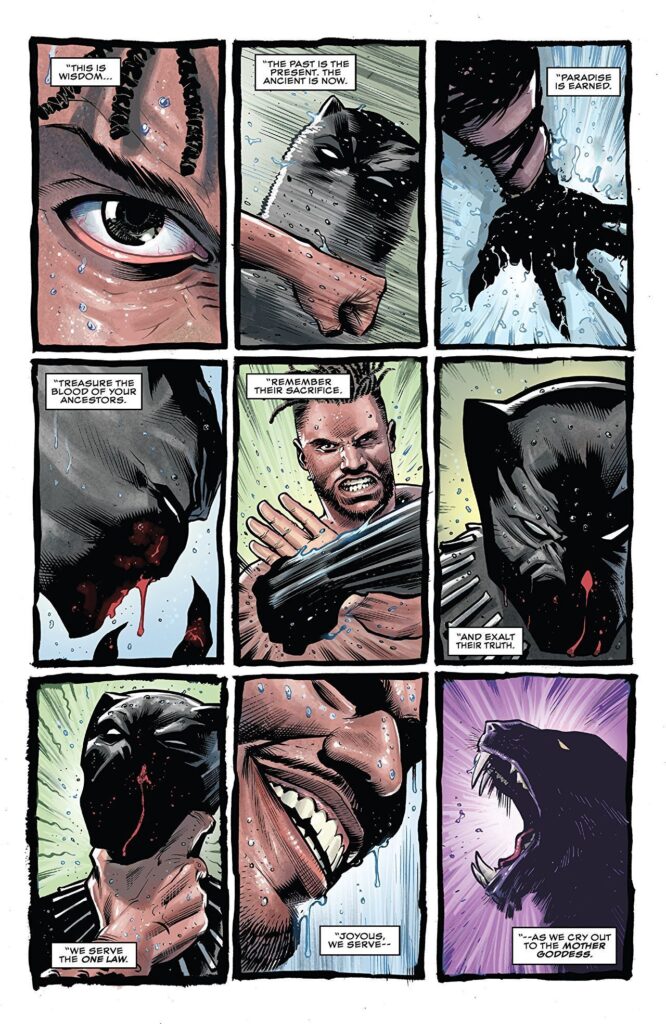 Comic: THE BRUTAL TALE OF A MAN WHO WILL STOP AT NOTHING FOR FREEDOM…One day, Erik Killmonger will rise up and attempt to steal the throne of Wakanda. The throne he believes he is owed. But long before he became “Killmonger,” there was a boy known as N’Jadaka. A boy who was stolen from his home and taught only the world’s cruelties. A boy who knew the Black Panther only as a fairy tale, a whisper from strangers. This is the story of a man who driven by revenge. This is the legend of Killmonger.

Vinyl: Composed by Ludwig Göransson (CREED, VENOM, and the forthcoming Disney+ original series THE MANDALORIAN), the score to BLACK PANTHER is unlike any other piece of music composed for a superhero film. Göransson’s commitment to authenticity stands out in every note, combining traditional African instruments and vocal performances from legendary performers such as a Baaba Maal, with a Hollywood symphony, for a one-of-a-kind sonic experience. 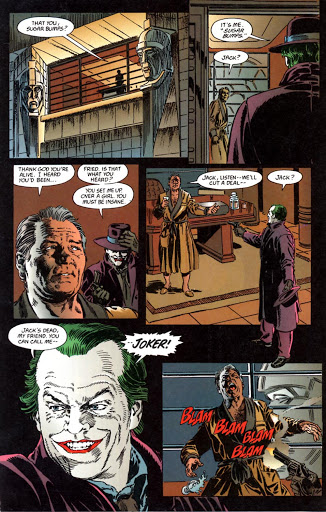 Comic: In the wake of the film’s success, DC Comics–keepers of the Dark Knight Detective’s foundational four-color adventures–set out to bring as many of those moviegoers as possible into comic bookstores, and their first step was an official comics adaptation of Burton’s newly minted blockbuster.

Vinyl: Danny Elfman’s score to BATMAN is a career defining, monumental achievement in film music — in 1989 Elfman became a household name, when he created this iconic score — and in doing so permanently set the high-water mark for not only the music of Batman, but of superhero films as a whole.

How will you be celebrating National Vinyl Record Day? Do you still collect vinyl records? What are some of your favorites? Do you have any comics with their vinyl record counterpart to recommend? Let us know in the comments and we will catch you next week, same Nerd-Time, same Nerd-Channel.