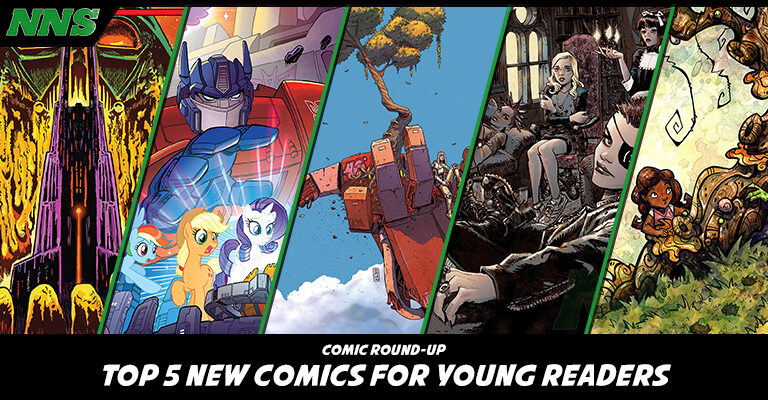 This week is National Young Readers Week but that shouldn’t stop anyone else of any age to enjoy these comics.

Comics were a huge part of my world when I was younger. My parents took me to the mall and let me pick up any comics I wanted from the $1 table at one of the shops. I’m pretty sure I was reading comics that were too old for me, but luckily it all worked out because even to this day I love reading comics of all ages and genres!

So below are my top 5 very bias favorite comics safe for all readers. Being National Young Readers Week, feel free to share this article with your friends who have young kids, or even visit and support your local comic shop and pick up some comics as gifts for the young readers you know, or even for yourself! 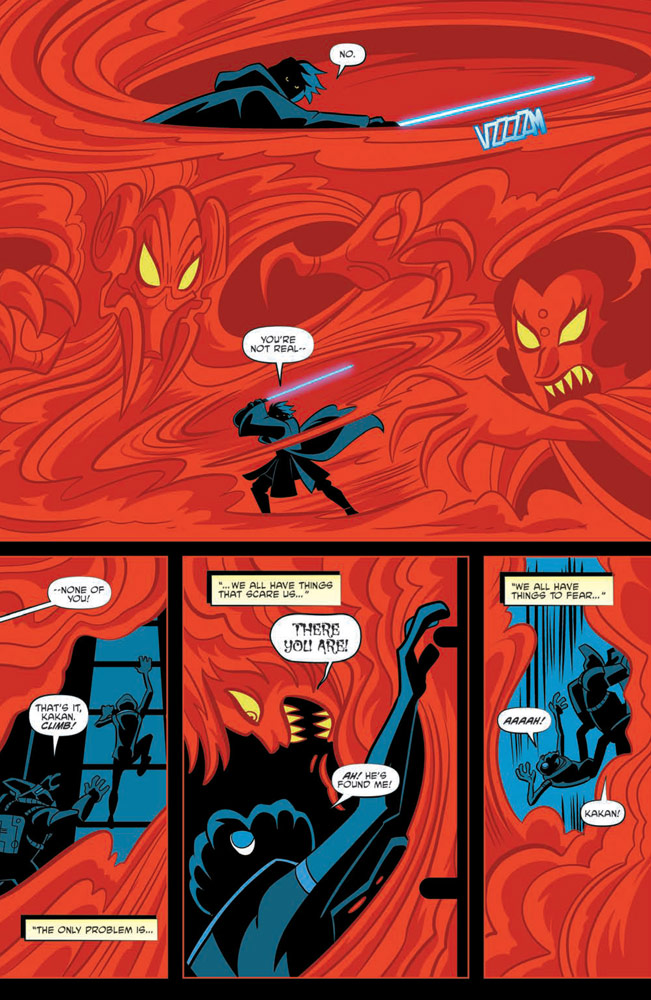 The Empire has fallen, and the Mustafarians celebrate. But they know they will never be safe as long as they live in the shadow of Vader’s Castle. Two young boys decide they’re going to destroy the castle themselves. But a wizened old Mustafarian tries to put them off by telling them tales to teach them the lessons they might otherwise have to learn the hard way. Including three tales of terror sure to frighten even the scariest Sith Lord! 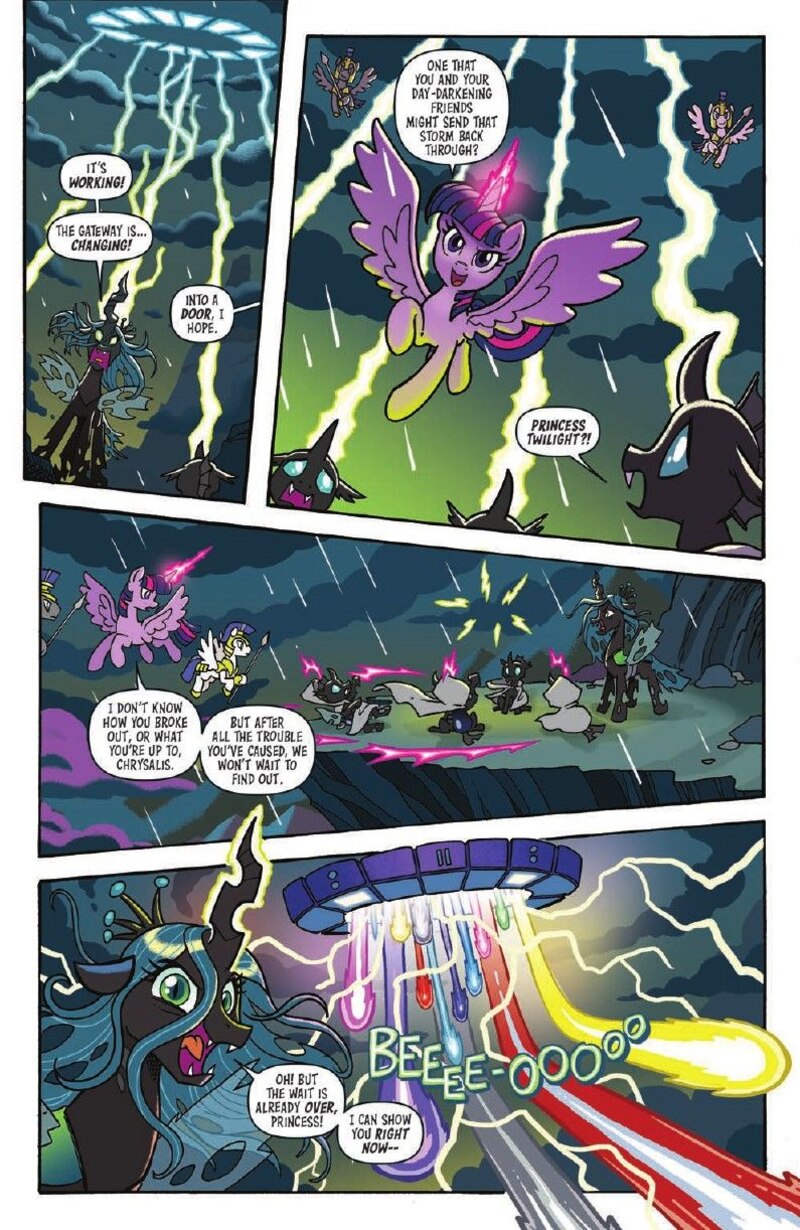 When Queen Chrysalis casts a spell looking for more changelings, she accidentally interferes with a malfunctioning Spacebridge! What’s this mean for our favorite fillies? There are suddenly a bunch of Autobots and Decepticons in Equestria! And as the dust settles, Rarity and Arcee find themselves teaming up against a hostile Decepticon force… 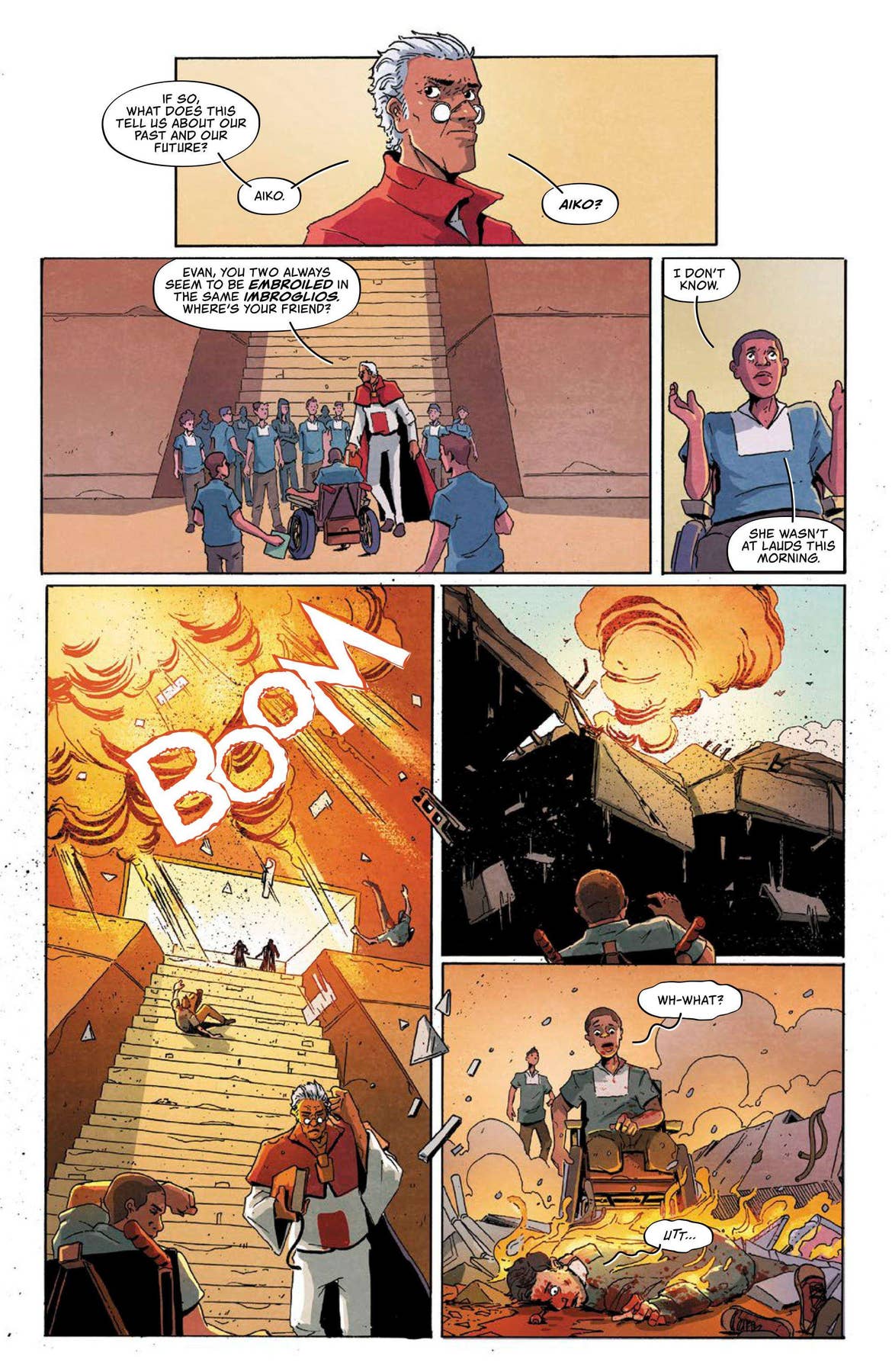 Nobody knows why the skyscraper-sized mechs known as ‘Giga’ fought their bitter, centuries’ long war. All they know is that when the fighting finally stopped, the dormant Giga became humanity’s new habitat and new gods in one. When disgraced engineer Evan Calhoun finds an apparently murdered Giga, his society and the fascistic tech-centered religious order that controls it are rapidly thrown into chaos.

An Unkindness of Ravens 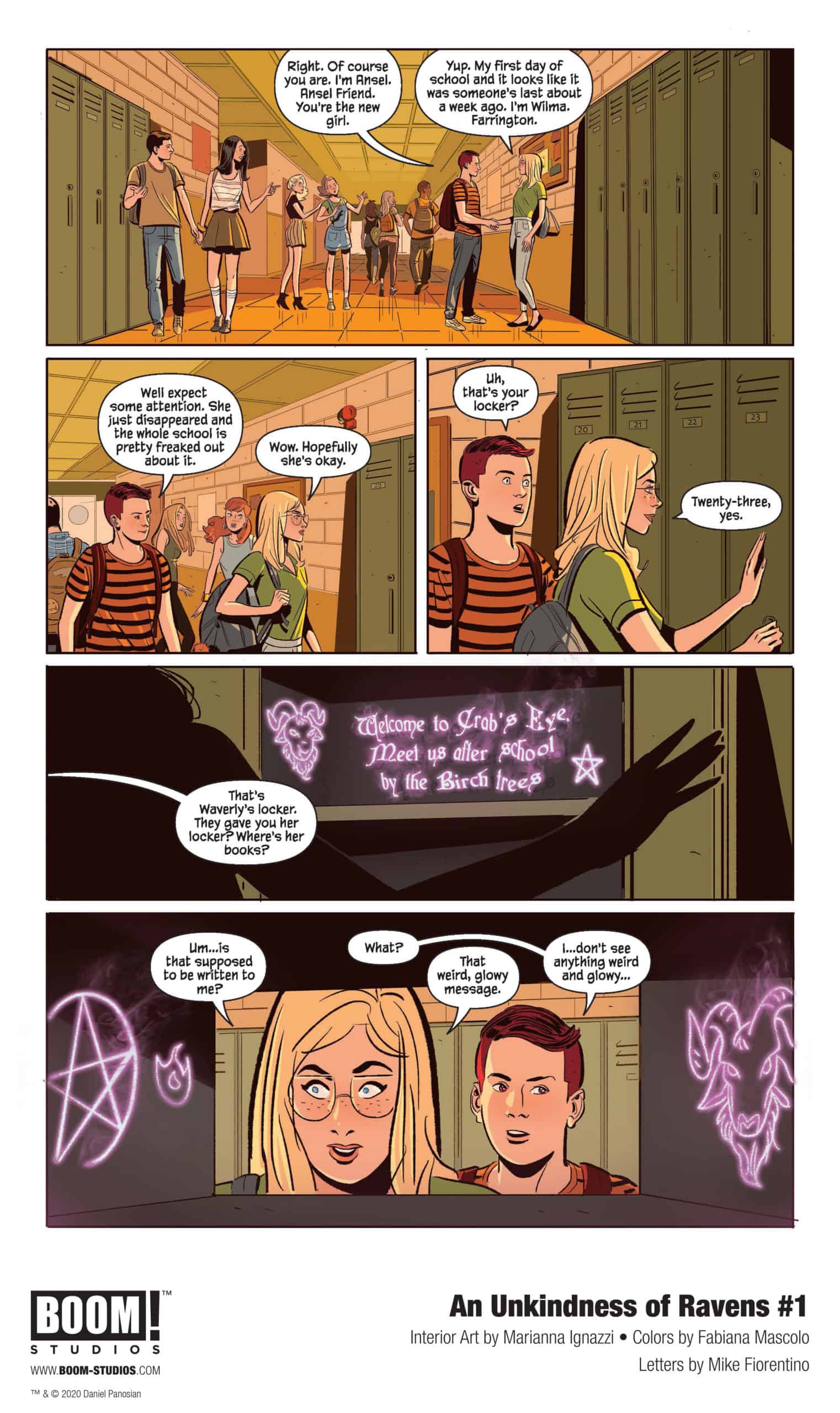 Writer Dan Panosian (Slots) and artist Marianna Ignazzi present a supernatural mystery, where not all the witches burned during the Salem Witch Trials — and the ones that survived did so together, protecting the ancient secrets entrusted to them for generations. They call themselves the Ravens. Wilma is the new girl in school, and she plans to go completely unnoticed — except that she bears an eerie resemblance to the Raven member Waverly, who just went missing. The truth behind Waverly’s disappearance will put the entire coven in danger — and Wilma will have to rely on power she never knew she had to save her new friends. 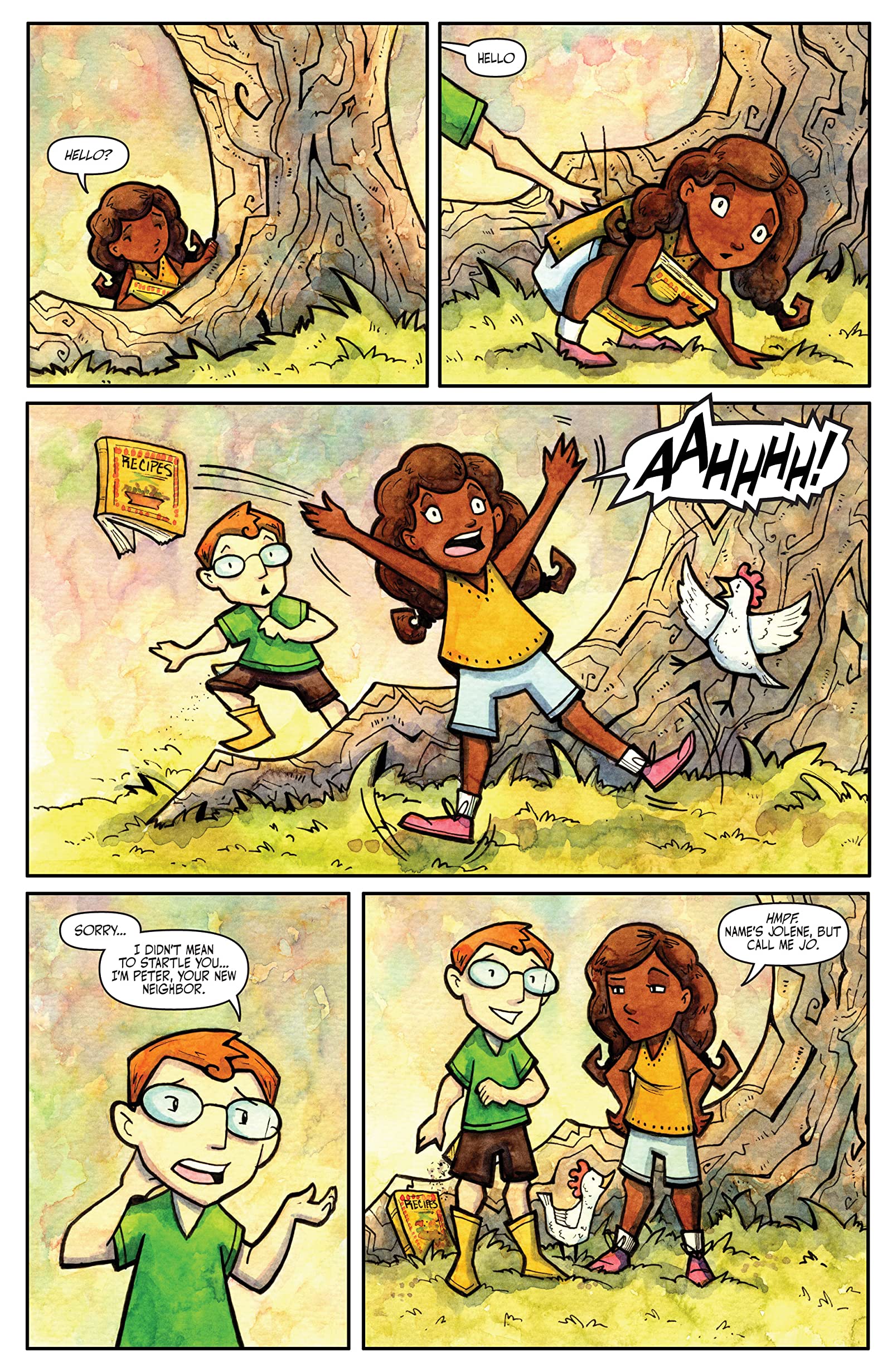 Children have been going missing in a quiet, idyllic town. For years, no one had an explanation, until Jolene found her grandmother’s cookbook and the desire to find her best friend Simon, before it’s too late! From the wonderfully weird mind of Corinne Roberts comes Bug Bites, a mini-series about the bug-eat-kid world existing beneath our feet!

What do you think of these new comics? Are there any new young reader comics you would add to this list? What comics are you reading now? Let us know in the comments and we will catch you next time, same Nerd-Time, same Nerd-Channel!