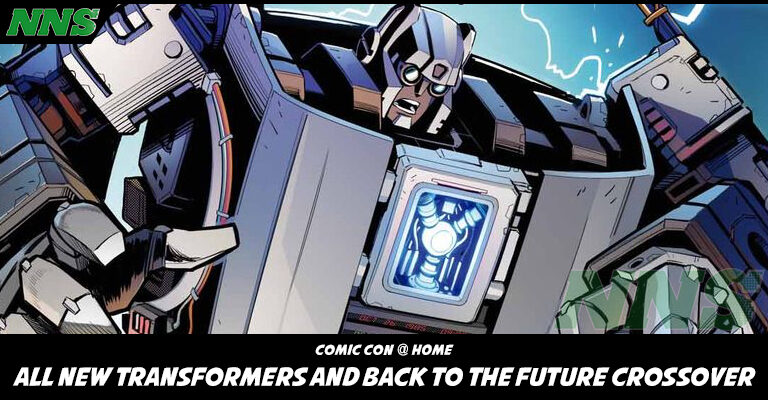 What does the Transformers and Back to the Future have in common? How about an epic crossover!? That’s right, thank you IDW!

This four-issue miniseries which will debut in October will be written by none other than Cavan Scott (bestselling author and writer of IDW’s Star Wars Adventures) and illustrated by Juan Samu (Marvel Action: Black Panther).

In the debut issue, Marty McFly returns from the adventure of a lifetime to a new, better Hill Valley… that is, until Marty and his friend Doc Brown’s time machine attracts the attention of the Decepticons. With one small mistake, Marty finds himself once again thrust into action to unravel a Decepticon plot in the past, present, and future… now with the help of a new converting time machine, the Autobot called Gigawatt! 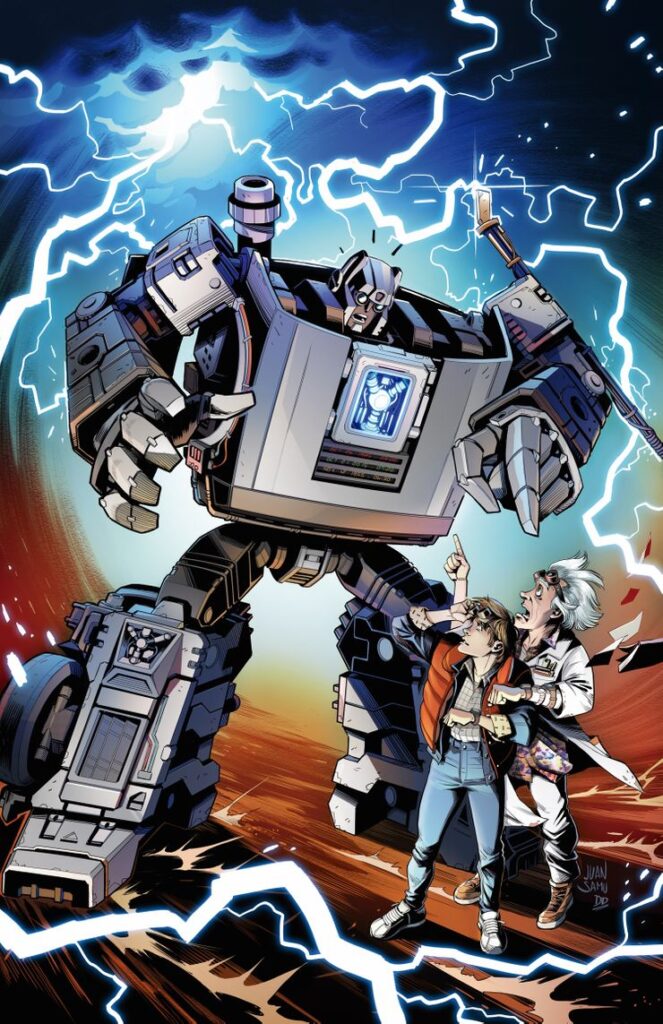 Now if you are wondering how we got this information, its from the Comic Con @ Home online panel featuring Cavan Scott and Juan Samu as guests to discuss their work on the upcoming crossover, alongside panelists John Barber; Saura Naderi, Outreach Director at the Halıcıoğlu Data Science Institute at UC San Diego; Dr. Lisa Will, Fleet Science Center Resident Astronomer; and moderator Andrea Decker.

You can watch the full length panel HERE and you can check out my favorite highlights from the panel below.

What is your favorite crossover of all time? Are you more team Transformers or Back to the Future? Will you be picking up this comic? Let us know in the comments and we will catch you next time, same Nerd-Time, same Nerd-Channel.