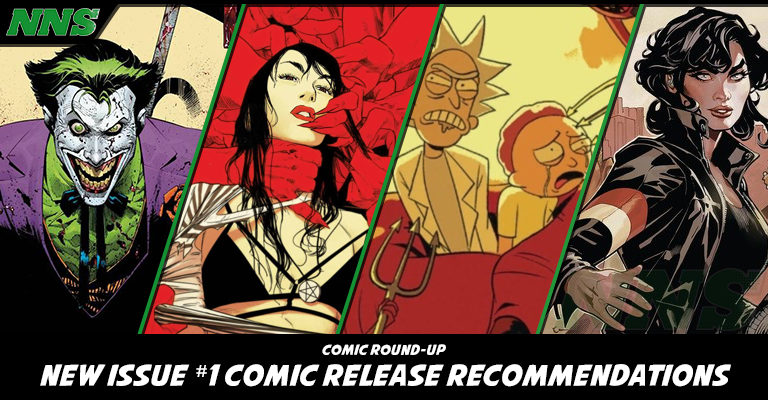 With comics finally starting to ship again due to the COVID-19 madness, I think it’s time we check out some brand new comics releasing into shops this week. Shops are also starting to open up again, so be sure to check out your local comic shop and see what their regulations are for being back in their shops. They for sure will appreciate fresh nerds coming through again and anything we can do to support these small shops, helps them a whole lot.

So in no particular order, here are the NEW comics I’m most excited for coming out TODAY! 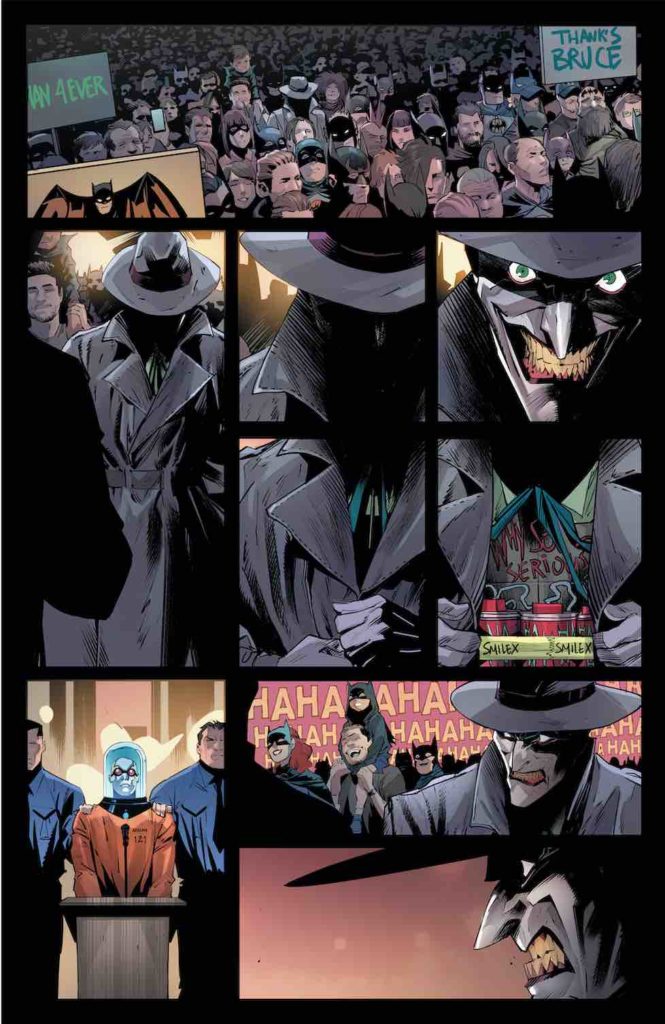 Some of the most talented names in comic books will gather together to pay tribute to the Clown Prince of Crime in a special 100-page must-have collector’s item. The Clown Prince of Crime celebrates 80 years of chaos! The Joker has been the greatest villain in comics since his debut and to celebrate we have a who’s who of comics’ finest talent giving the Harlequin of Hate the birthday roast he deserves. The stories feature a range of terror and anarchy, showing how the Joker has impacted Gotham City from the police to Arkham Asylum, from the local underworld to the Dark Knight and his allies! Make sure to RSVP to this birthday bash—you wouldn’t want to wake up with a Joker Fish on your doorstep, would you? 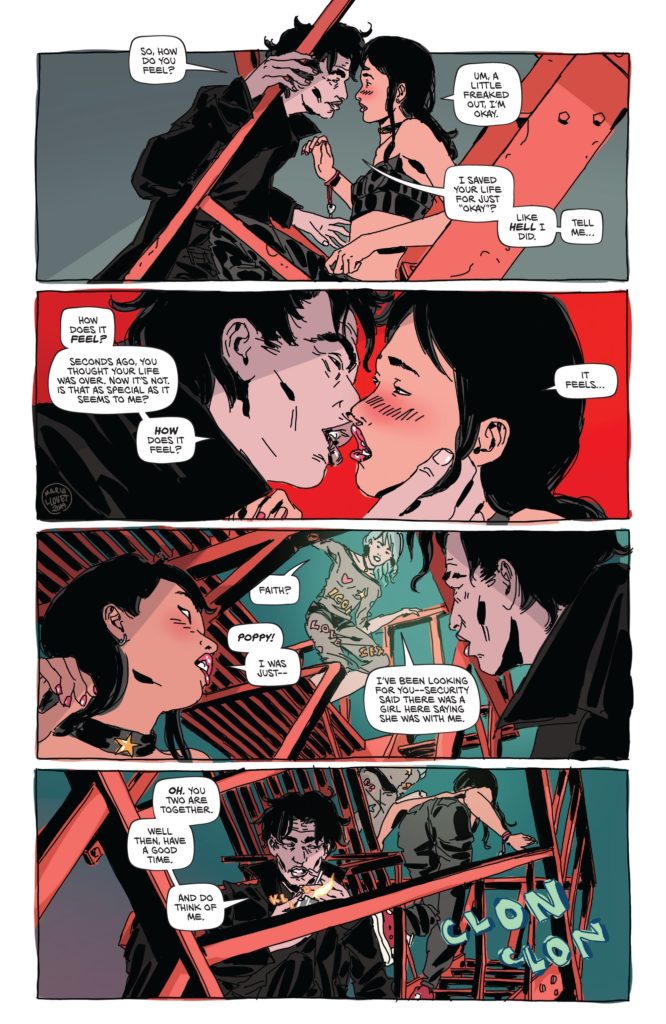 This series is rated Adults Only

The best-selling erotic thriller returns from the acclaimed team of Brian Azzarello (Batman: Damned) and artist Maria Llovet (Heartbeat) as Faith, and her lovers, Louis (AKA The Devil) and Poppy (his daughter), bring magic and chaos to the streets of Italy. Turin, known as the epicenter of black magic, is also a place of high fashion, art, and literature. Now, Faith is in the center of it all and with that, her own power grows. But any power comes with a price. Faith has only just begun to pay for hers. Curious about this blockbuster occult sex thriller? This is your new jumping-on point! 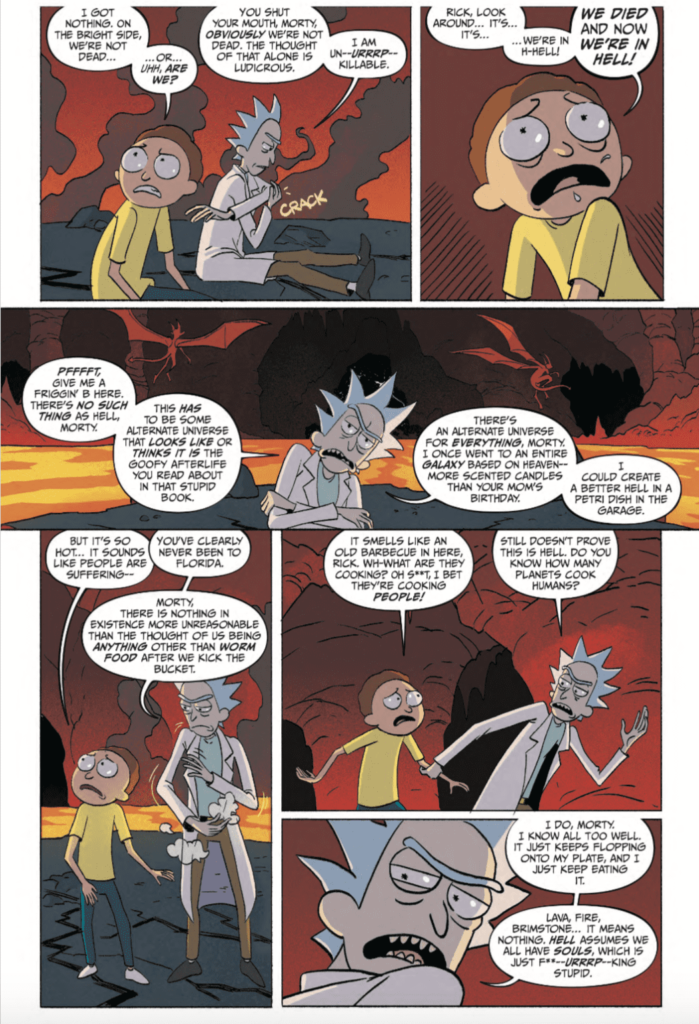 Well, it finally happened. Rick and Morty are in Hell, and we don’t mean the DMV. It’s fire, brimstone, and torture for all eternity. Typical Rick, he sees a way out of this mess and drags Morty with him on a horrific adventure to speak to…the manager. 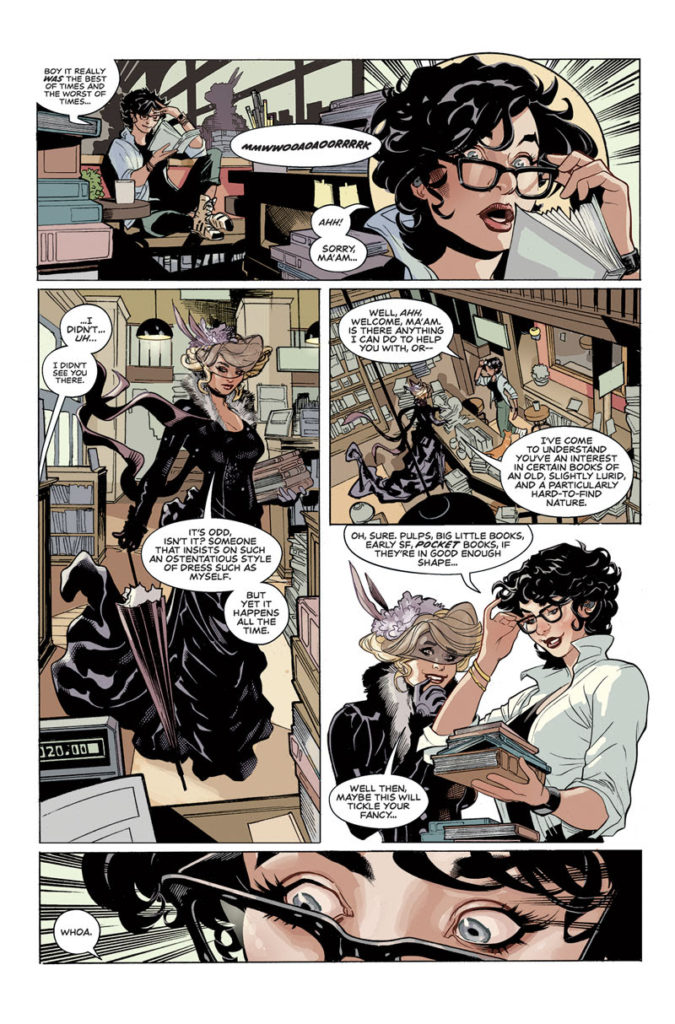 A CATACLYSMIC ADVENTURE DECADES IN THE MAKING! In this WILDLY AFFORDABLE TRIPLE-LENGTH FIRST ISSUE, revisit how the legend of the greatest pulp hero of them all, ADVENTUREMAN, ended in a heartbreaking CLIFFHANGER with our hero facing execution at the vile hand of his ultra-nemesis BARON BIZARRE on the eve of the MACABRAPOCALYPSE…or did it?!? Eighty years after his apparent demise, single mother Claire and her Adventurefan son Tommy seem to be the only two people alive that remember the thrilling ADVENTUREMAN sagas…but from that memory burns THE SPARK OF RESURRECTION! WHERE HIS STORY ENDED…HER STORY BEGINS!

So there we have it! Are you going back into comic shops yet? Are you getting your comics digitally or delivered? Are you interested in any of these fresh comics? What are you reading now? Let us know in the comments and we will catch you next week, same Nerd-Time, same Nerd-Channel!